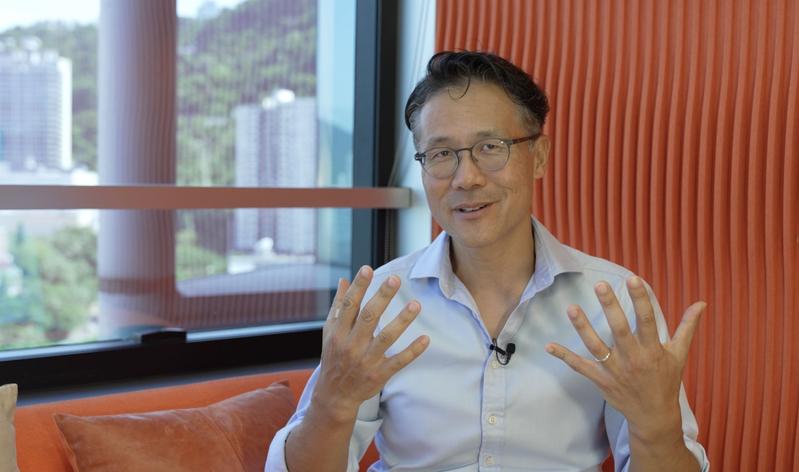 The opportunities and potentials that the Guangdong-Hong Kong-Macao Greater Bay Area offers have little parallel in other parts of the world, and have piqued the keen interest of both multinational and homegrown companies, said Joe Ngai, managing partner of McKinsey Greater China.

“We’ve got a lot of inquiries from companies interested in learning more about the GBA,” he said in an interview with China Daily.

The GBA can be seen as a “self-contained geography” that offers distinctive investment programs and abundant opportunities for companies to invest in, and that sets the region apart from the rest of the country, said Joe Ngai, managing partner of McKinsey Greater China

“For example, we were approached by a lot of banks looking at whether to use the Wealth Management Connect or other programs to gain more of a presence in the GBA,” added Ngai, who has applied his know-how of China’s financial institutions and markets to lead large-scale transformations of both Chinese and multinational organizations.

In the past few years, the expansion of business portfolios in the Greater Bay Area has been among the focal points of the transformations.

The Cross-boundary Wealth Management Connect Scheme, introduced in 2021, allows individual investors to buy cross-boundary wealth management products issued by banks in the Greater Bay Area. Through the program, investors in Hong Kong and Macao can invest in such products in the nine mainland GBA cities, and vice versa.

This program is conducive to further invigorating the financial industry in the region and attracting international financial institutions that want to gain a foothold in the mainland, Ngai said.

When those companies formulate their respective China strategies, they realize that a GBA strategy is vital, Ngai said.

The GBA can be seen as a “self-contained geography” that offers distinctive investment programs and abundant opportunities for companies to invest in, and that sets the region apart from the rest of the country, he said.

It’s not that only Hong Kong, Macao or global companies that find the Greater Bay Area narrative riveting, he said.

“I’ve served a lot of steel enterprises from the Chinese mainland, which in the past pivoted their business in the north (of China) but now are contemplating, ‘What’s my GBA strategy or footprint?’,” Ngai said.

“The shift of mindset speaks volumes about the attraction of the Greater Bay Area for companies that had been focused on North China to consider something more ambitious in the south and even foreign countries. So, what the GBA is presenting to companies is “a two-way street”, he added.

But where does the attraction exactly lie? A plethora of favorable policies and benefits granted to companies investing in the Greater Bay Area render the region a real gem for businesses. To Ngai, what stands out the most are the region’s tax policies. 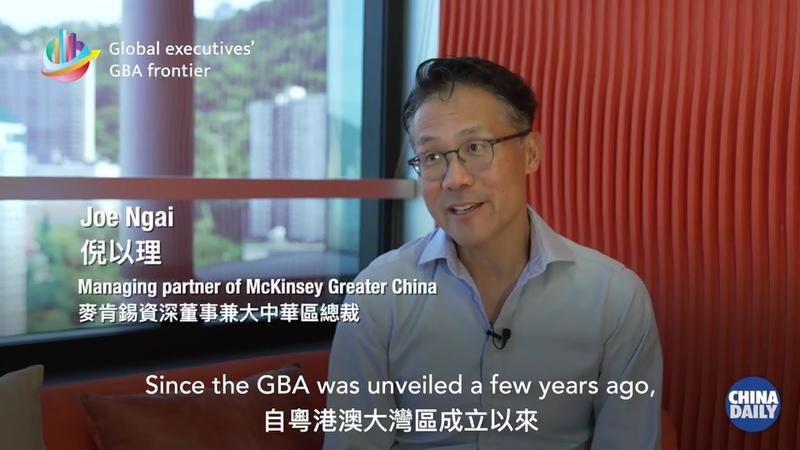 “Especially for multinational companies operating in this area, a lot of their executives place a premium on tax policies,” Ngai said.

When a foreign investor, expatriate, or foreign business considers a part of the GBA other than Hong Kong, they would ask about the areas that have an edge in tax policy “like Hong Kong does”. That’s where Qianhai and Hengqin come in, Ngai added. 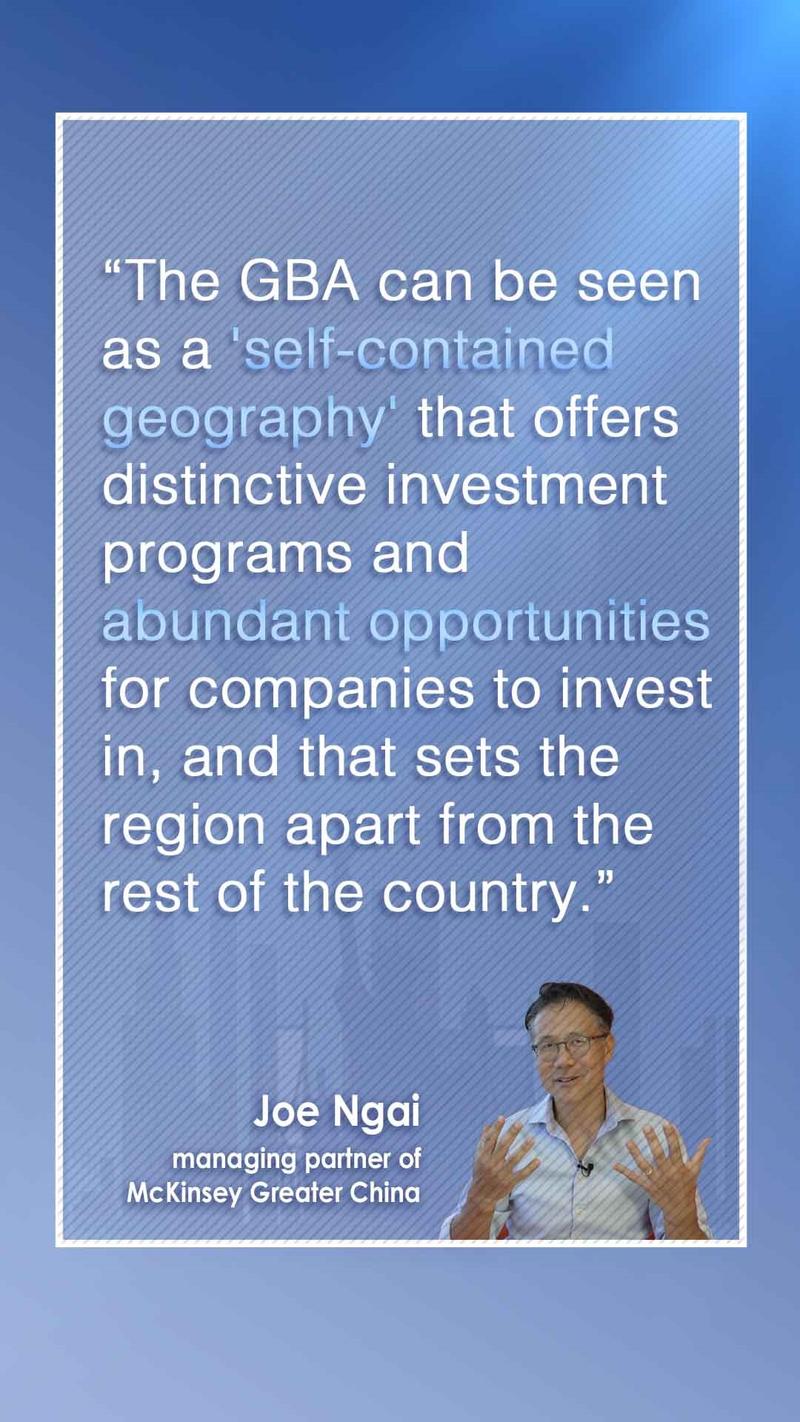 “That’s why recently we’ve a lot of clients thinking about having Qianhai and Hengqin as where they would like to operate. Financial companies and consumer companies make up a big proportion,” Ngai said.

Hong Kong puts its name on the map with its unparalleled connectedness to the world. The city was ranked second, just behind Germany, in the 2014 McKinsey Global Institute Connectedness Index. The study examines 131 economies’ level of integration into the global network of flows of goods, services, finance, people, and data and communication.

While Hong Kong has gone through a rocky patch in the past two years due to COVID-19, Ngai said he has every reason to believe that Hong Kong remains resilient and competitive enough to live up to its potential and reach new heights.

“If we look at the currency flow, the investment flows, how free the economy is, the tax rate, which is one of the lowest in the world, the legal system, which remains stable and predictable, … Hong Kong is still an enormously attractive place for business to base, to grow, and to prosper,” Ngai said.

Hong Kong doesn’t have to pull itself up by its bootstraps because the Greater Bay Area is always here to leverage and accelerate the recovery.

“Everyone understands that coming to Hong Kong for doing business or investments promises an easy and free access to a big market. And GBA just accentuates this prospect,” bringing Hong Kong to a more prominent spot, he said.

Recent years have seen Shenzhen, the city exalted as “China’s Silicon Valley”, flexing its prowess in cultivating unicorn companies and marching ahead of the curve in innovation and technology, Ngai said.

“If Shenzhen becomes more advanced, prosperous and alluring, Hong Kong will see the flow (of goods, money, talent and information) from Shenzhen and will benefit from it,” he added.

He said there’s no competition to speak of between the two cities that are both uniquely competitive and exuberant. Instead of competition, it’s a matter of high-flying neighbors benefiting each other, and the outcome being greater than the sum of its parts.

“I do think that the better years of Hong Kong are absolutely ahead of us, not behind us. That’s a very important statement that should get across,” Ngai said.