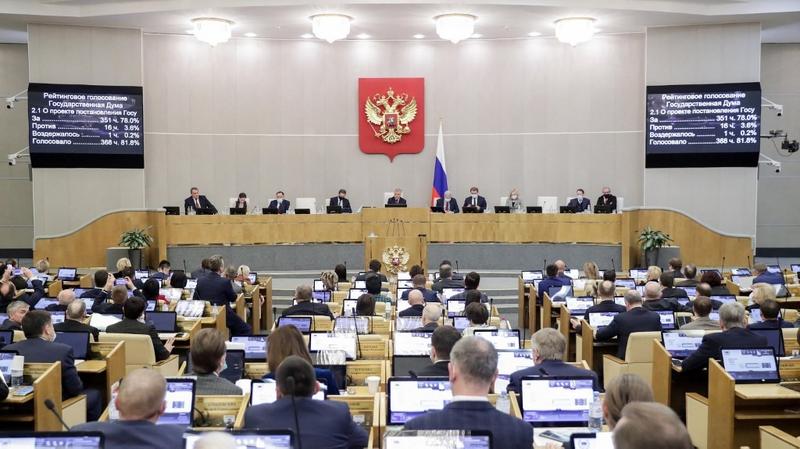 MOSCOW - Russia's State Duma, the lower house of parliament, gave the green light to a bill on Tuesday recognizing the self-proclaimed Luhansk and Donetsk republics in east Ukraine's breakaway region of Donbass.

According to the Russian lawmakers, the inhabitants of both regions have been living under shelling for eight years and millions of people have become refugees, while the Ukrainian authorities have stopped paying pensions and providing social benefits while establishing a complete economic blockade.

"Our citizens and compatriots living in Donbass need help and support. In this regard, the deputies believe that the recognition of the LPR and DPR will create grounds for guaranteeing the safety and protection of the inhabitants of the republics from external threats," State Duma Chairman Vyacheslav Volodin said in the statement.

A total of 351 deputies voted in favor of the bill and 16 others opposed it, TASS news agency reported.

The bill will be sent to Putin immediately for his final approval.

Meanwhile, part of the armed forces participating in joint drills with Belarus will be pulled back, the Russian Defense Ministry said Tuesday.

When the combat training activities are completed, the Russian troops, as always, will return to their locations of permanent deployment, said Igor Konashenkov, the ministry's spokesman.

The units of the Southern and Western Military Districts that have already completed their tasks are packing up and will leave for their garrisons on Tuesday, he added.

The Russian-Belarusian large-scale exercise the Allied Resolve 2022 is being held at various training grounds in Belarus.

According to Konashenkov, live firing will be held at the Obuz-Lesnovsky training ground on Feb 19 as part of the drills.

Military attaches at the embassies of foreign states in Belarus have been invited to observe the last stage of the exercise. 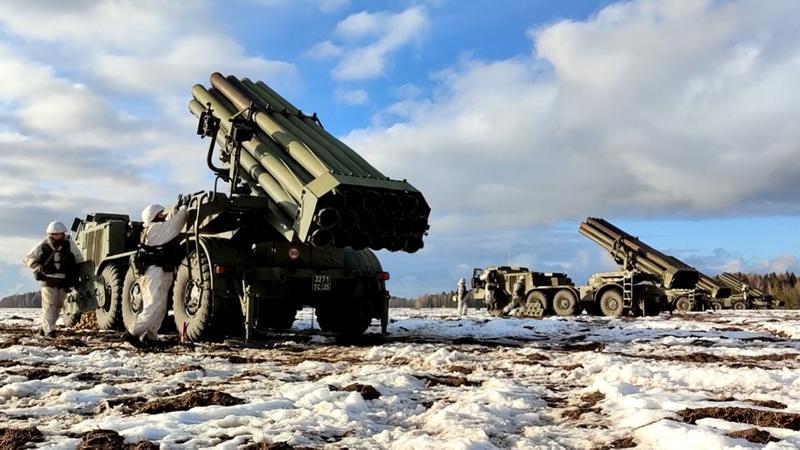 This handout video grab released by the Russian Defence Ministry on Feb 12, 2022 shows rocket launcher systems Uragan (Hurricane) during joint exercises of the armed forces of Russia and Belarus as part of an inspection of the Union State's Response Force, at a firing range near Brest. (RUSSIAN DEFENCE MINISTRY / AFP)