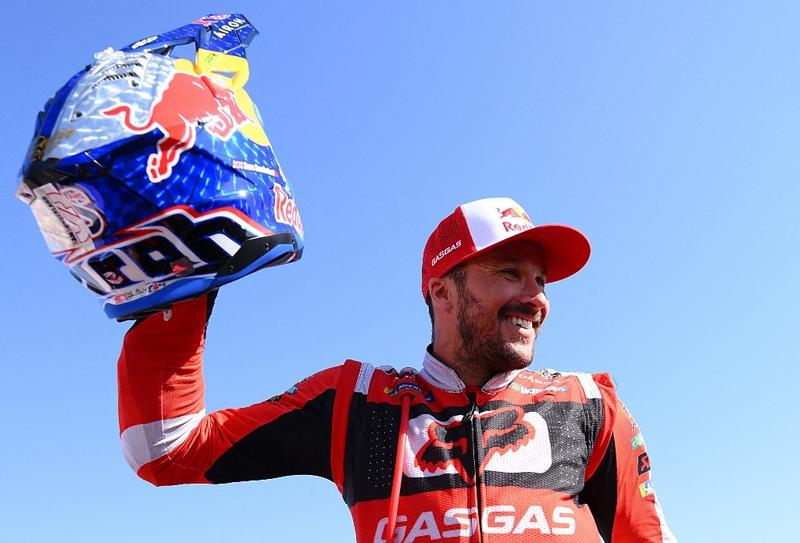 British biker Sam Sunderland poses after winning the Dakar Rally 2022, at the end of the last stage between Bisha and Jeddah in Saudi Arabia, on Jan 14, 2022. (FRANCK FIFE / AFP)

British motorcycle rider Sam Sunderland took his second Dakar Rally title after the final stage of the event in Saudi Arabia on Friday.

Sam Sunderland, who took his first title in South America in 2017, finished three minutes and 27 seconds ahead of Chilean rider Pablo Quintanilla on a Honda

The GasGas rider, who took his first title in South America in 2017, finished three minutes and 27 seconds ahead of Chilean rider Pablo Quintanilla on a Honda. Austrian Matthias Walkner was third for KTM.

"I honestly can't be happier. This last stage was so difficult and so much stress," said the Dubai-based 32-year-old after the 164km stage from Bisha to Jeddah.

"A lot of navigation, a lot of tricky notes, a few times a bit confusing and not sure if I was going the right way. Honestly, my head can explode. What a feeling.

"The last 10 minutes, I was not sure whether I'd won and now they've told me and, wow, dream come true."

READ MORE: From piano stool to motorbike saddle: A 16-year-old racer takes on the world

The Dakar Rally began in 1978 as a race from Paris across the Sahara to the Senegalese capital but switched to South America in 2009 for security reasons.

One of motorsport's most dangerous and grueling events, the rally moved to Saudi Arabia in 2020 and is now in its 44th edition.

Sunderland is the only Briton to have won the event in any category.