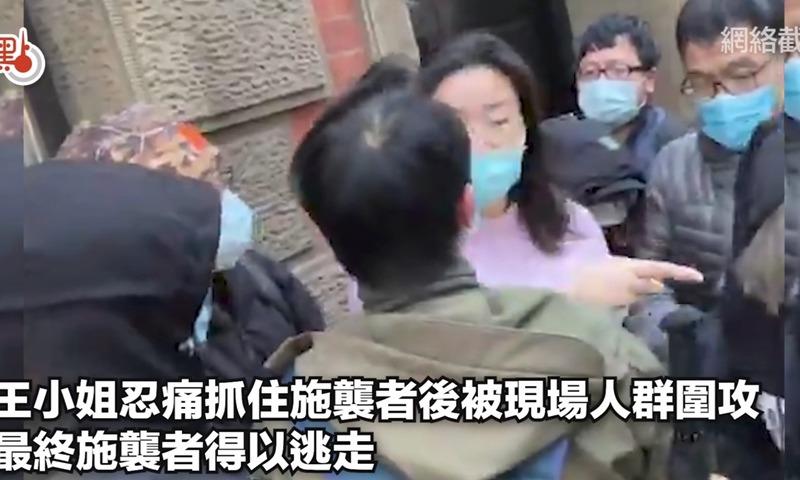 In this screenshot from Sina Weibo, "Hong Kong independence" rioters surround a Chinese woman in Manchester, the United Kingdom, on Jan 9, 2022.

LONDON – The Chinese Embassy in Britain on Wednesday expressed strong indignation and condemnation of the "despicable action" of a handful of "Hong Kong independence" rioters in Manchester.

According to a spokesperson of the embassy, the rioters on Sunday blatantly threatened and violently attacked a Chinese citizen. They later subjected the victim's workplace to online trolling, exposed the victim's personal information and even issued death threats.

"This incident has further revealed the ugly nature and violent perpetration of the 'Hong Kong independence' elements," the spokesperson said.

The Chinese Consulate General in Manchester has contacted and expressed sympathy for the victim and lodged a representation with the British side.

The consulate general has also urged the British police to apprehend the perpetrators as soon as possible and ensure the safety and safeguard the legitimate rights and interests of the victim, the spokesperson added.