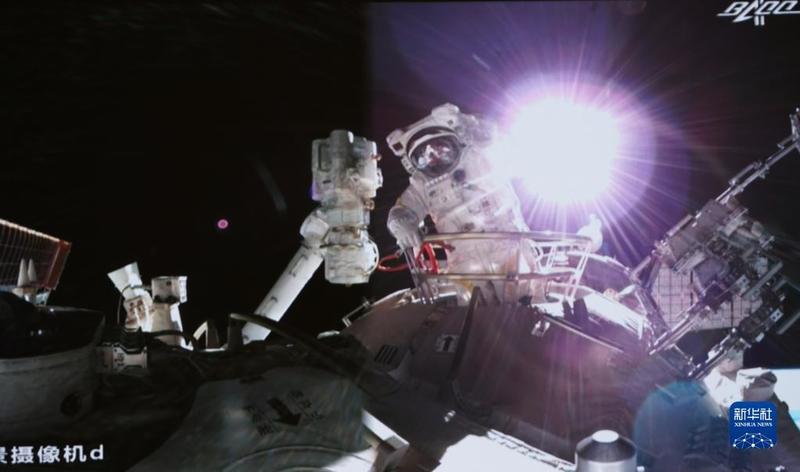 During the spacewalk, which started at 6:44 pm on Sunday, mission commander Major General Zhai Zhigang and Senior Colonel Ye Guangfu adjusted the position of a panoramic camera and tested their spacesuits and the robotic arm.

According to the China Manned Space Agency, the spacewalk helped to improve the astronauts' skill at cooperating with each other and ground control, and built experience that will benefit future spacewalks.

According to the China Manned Space Agency, the spacewalk helped to improve the astronauts' skill at cooperating with each other and ground control, and built experience that will benefit future spacewalks

It was the first spacewalk for Ye, who joined China's second group of astronauts in May 2010.

Pang Zhihao, a spaceflight researcher in Beijing who worked at the China Academy of Space Technology for decades, said making spacewalks has become a regular part of China's manned space missions.

"Our astronauts have learned a lot about extravehicular maneuvers through previous spacewalks. Next, they will have many challenging, demanding tasks in future spacewalks, such as installing equipment and fixing malfunctions," he said.

The Shenzhou XIII mission was launched on Oct 16 by a Long March 2F carrier rocket that blasted off from the Jiuquan Satellite Launch Center in northwestern China's Gobi Desert, with the crew soon entering the Tiangong space station. They are scheduled to spend six months working in the station, making it China's longest space mission. 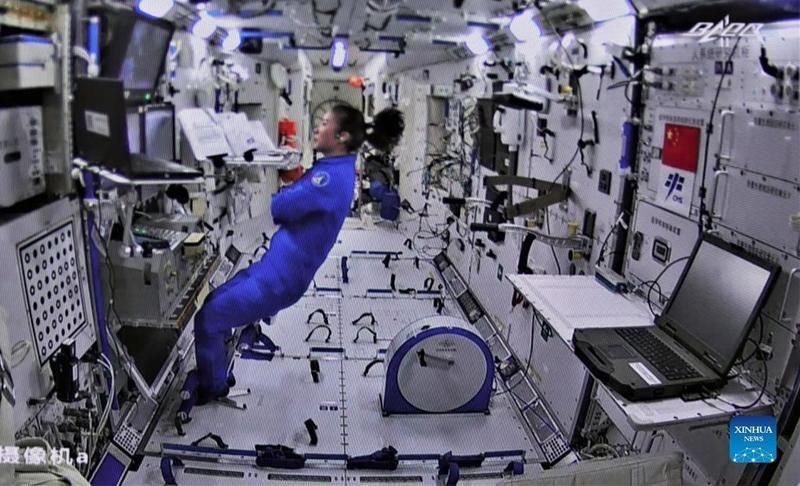 As of Sunday, the astronauts have been in space for 72 days. They completed their first spacewalk on Nov 8, with Wang, 41, becoming China's first female spacewalker.

During the first spacewalk, Zhai and Wang mounted components on the robotic arm and used it to practice extravehicular maneuvers. They verified the arm's capabilities and its compatibility with the needs of astronauts, examined the safety and performance of support devices and also tested the functions of their extravehicular suits.

Shenzhou XIII is the fourth spacecraft to visit the Tiangong station and the second crewed ship to transport astronauts to the orbiting outpost. 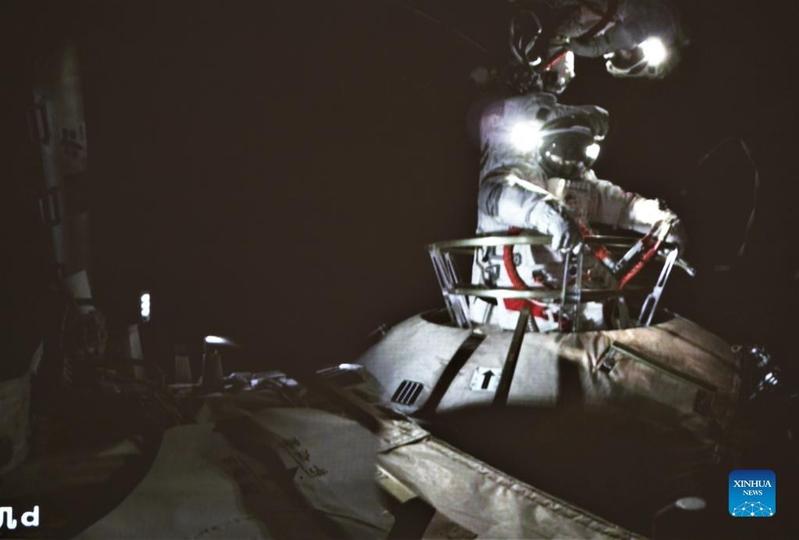 It will have a combined weight of nearly 70 metric tons. The entire station is scheduled to work for about 15 years in a low-Earth orbit about 400 kilometers above the planet.