Romania gets its 10th premier in a decade as crisis ends 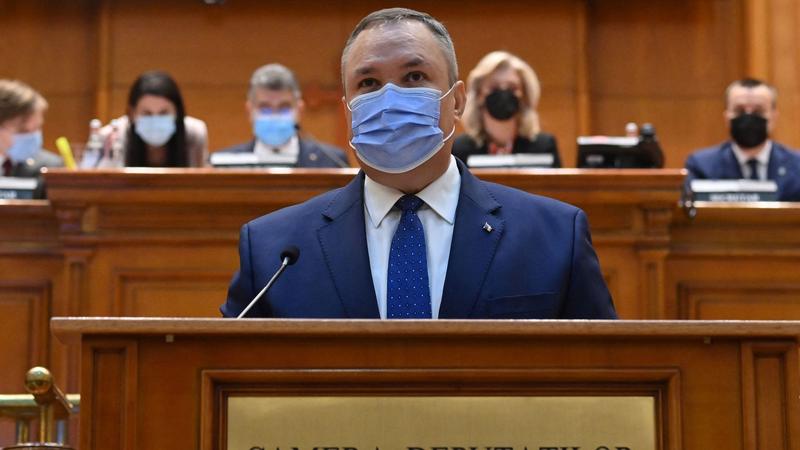 Romania installed its 10th government in as many years after a political crisis exacerbated by a soaring pandemic death toll and a spike in energy costs resulted in the nation’s top arch-rival parties burying the hatchet.

Lawmakers in Bucharest approved Nicolae Ciuca, a former army general and member of the National Liberal Party, as premier on Thursday and gave a green light to his cabinet.

Lawmakers in Bucharest approved Nicolae Ciuca, a former army general and member of the National Liberal Party, as premier on Thursday and gave a green light to his cabinet

He’s backed by a three-party coalition that also includes the Social Democrats who, until they agreed on a ruling alliance this month, were locked in a bitter political feud with the Liberals that contributed to the collapse of more governments this century than anywhere else in Europe.

The new administration, which also includes an ethnic-Hungarian party, holds a dominant two-thirds majority in parliament. That will allow them broad scope to implement policies to ease the impact of the deadliest wave of the pandemic yet, which overwhelmed Romania’s underfunded health-care system, and prepare for the new surge now hitting western Europe.

Romania’s bonds and currency have been some of Europe’s worst performers so far this year, as the extended political crisis raised economic risks and dented investor sentiment because of rising economic imbalances. The leu, which is managed by the central bank, was little changed against the euro.

A feature of the unlikely coalition agreement is that the two main parties will swap the post of prime minister in May 2023. Romania’s next regularly scheduled general elections are due in 2024.

But questions remain over whether the Social Democrats and Liberals -- whose policies diverge across a wide range of topics -- will be able to rule together effectively for more than a short time. 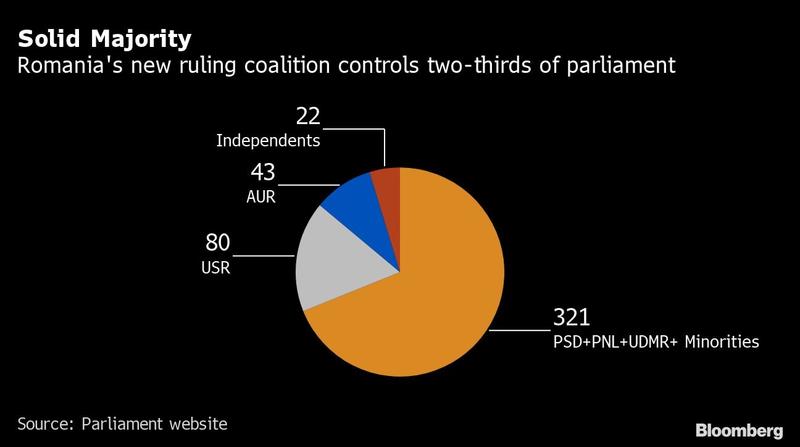 “Once the euphoria for managing to put together this coalition will fade, I think the frictions inside this alliance will emerge because, from the start, it’s an unnatural union,” said Liliana Popescu, a professor at the University of Political Studies.

Aside from tackling COVID-19, another of the government’s priorities is to implement a multi-billion euro economic recovery plan partially paid for by European Union funds.

Ciuca, 54, plans to approve a budget revision on Friday to boost funding for pensions and health-care as the pandemic continues to ravage the nation.

His cabinet must start drafting a budget for 2022 as soon as possible to accommodate pension and wage increases, coupled with investments.

Social Democratic Finance Minister Adrian Caciu told Bloomberg that he plans to keep the budget deficit in check this year and next and continue on a path to gradually narrow the gap to inside the EU’s limits.