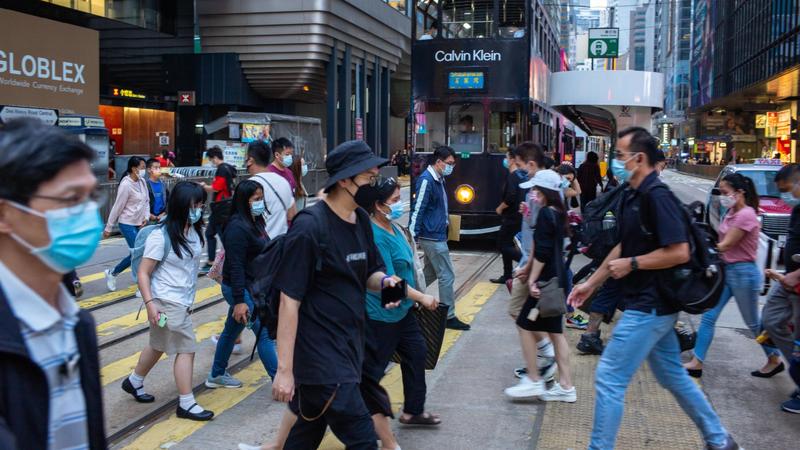 In a statement issued on Thursday evening, the Centre for Health Protection said the new cases involved four women from the Philippines, Thailand, Nepal, and Bangladesh, and two men from France and Russia. The city’s tally stood at 12,417.

“Five of the cases involved mutant strains while the mutation test result of the remaining case is pending,” the statement reads.

The Centre for Health Protection said the new cases involved four women from the Philippines, Thailand, Nepal, and Bangladesh, and two men from France and Russia

Four of them tested positive at the airport while the rest were confirmed infected during their quarantine, the CHP said.

Except for the woman from Bangladesh, all of the new patients were fully vaccinated. All of them also showed no COVID-19 symptoms, it added.

The CHP said that Nepal Airlines flights from Kathmandu will banned for two weeks after a passenger tested positive for the virus on Nov 23 while three passengers failed to comply with the city’s Prevention and Control of Disease Regulation. The flights will be banned from Nov 26 to Dec 9.

The CHP also confirmed that the cluster of two imported cases detected at the Regal Airport Hotel on Nov 22 involved a new variant strain that was first identified in Botswana.

It said whole genome sequencing analysis by the University of Hong Kong confirmed that the two cases involved the variant B.1.1.529.

“The sequences are similar to those found in South Africa and Botswana,” the CHP said, adding that one of the patients who came from South Africa was the index case.

“Scientific information on the public health significance about this lineage is lacking at the moment. It is classified by the World Health Organization as ‘Variants Under Monitoring’. The CHP will closely monitor the latest developments.”

In a separate statement, Chief Executive Carrie Lam Cheng Yuet-ngor on Thursday thanked Keiji Fukuda, a member of the government expert advisory panel on COVID-19, for his contributions in the fight against the pandemic.

Fukuda is returning to the United States for retirement upon his departure from the School of Public Health of the University of Hong Kong by the end of this year.

"With his rich experience and expertise in public health, Professor Fukuda offered a wealth of invaluable professional advice which is constructive to the government's effort in combatting the epidemic during the past two years,” Lam said.

“I express my heartfelt gratitude to Professor Fukuda for his significant contribution in our fight against the epidemic in Hong Kong and wish him a happy retirement.”