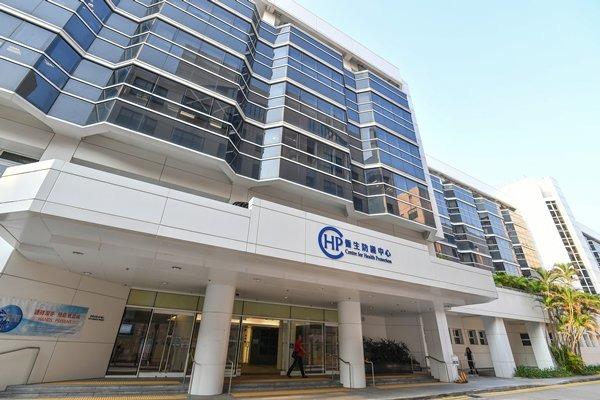 This undated photo shows the Centre for Health Protection of the Department of Health, Hong Kong. (PHOTO / HKSAR GOVERNMENT)

HONG KONG –  Hong Kong's health authorities said on Friday that it has for the first time detected a COVID-19 patient carrying the AY.4.2 variant which could be more transmissible.

The case involved a 62-year-old man whose infection was confirmed on Wednesday, according to a statement issued by the Centre for Health Protection.

The man flew in to Hong Kong from the United Kingdom on Nov 1 and his infection, carrying the L452R mutant strain, was classified as an imported case. He has been fully vaccinated with two doses of the BioNTech vaccine in Hong Kong.

“According to the analysis of the whole genome sequencing with the sample of this case conducted by the Centre's Public Health Laboratory Services Branch, it is confirmed that the virus strain matched the Delta strain (B.1.617.2) sub-lineage AY.4.2,” the CHP said.

Preliminary analysis in the United Kingdom does not find significant reduction in vaccine effectiveness for AY.4.2 compared to other Delta strains, the Centre for Health Protection said

The CHP said its epidemiological investigation of the case is ongoing.

Under the current arrangement, the CHP follows up on all imported cases involving mutant strains by conducting whole genome sequencing to identify the lineage of the variant strains.

There have been reports that AY.4.2 might be more transmissible than other Delta strains, especially among household members. But preliminary analysis in the United Kingdom does not find significant reduction in vaccine effectiveness for AY.4.2 compared to other Delta strains, the CHP said.

There has been an increase in AY.4.2 viruses globally since July 2021, according to the World Health Organization.

More than 26,000 AY.4.2 sequences from 42 countries and regions had been uploaded to the online genome database GISAID by the end of October 2021.

“The majority (93 percent) of these sequences were reported from the United Kingdom, where a gradual increase in the proportion of AY.4.2 has been observed,” according to the CHP.

Hong Kong on Friday reported one new imported COVID-19 infection, taking the tally in the financial hub to 12,360.

The new case involved a 46-year-old woman who traveled to Hong Kong from the United Kingdom on Nov 1.

She tested positive during quarantine and was found to carry the L452R mutant strain. She has been vaccinated with two doses of the BioNTech vaccine, the CHP said.

A total of 48 cases have been reported in the past 14 days and all of them were imported.