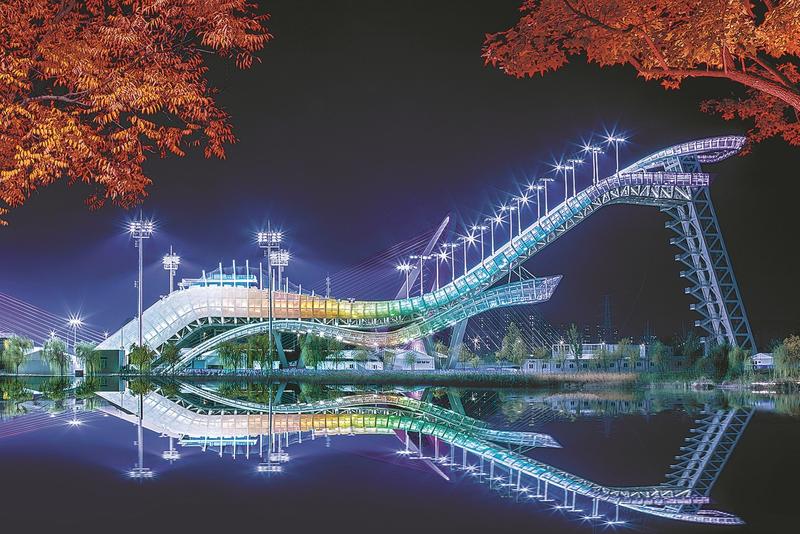 The Big Air Shougang is seen on Wednesday at Shougang Park in Beijing, which will host the big air freestyle skiing and snowboarding competitions of the Beijing 2022 Winter Olympic Games. (GAO ZEHONG / FOR CHINA DAILY)

The only new outdoor sports venue in Beijing for snow sports for the upcoming 2022 Winter Olympics will help athletes come as close as they can to achieving the exhilaration of flight.

Aptly called Big Air Shougang, the venue inside western Beijing's Shougang Industrial Park in Shijingshan district features a steep, twisting ramp that will remain in place after the Games.

Next year, four gold medals – two for snowboarding and two for freestyle skiing – will be decided at the venue. After that, as an important legacy of the Winter Olympics and Paralympics, it will be integrated with the surrounding facilities and opened to the public as a sports and leisure park.

Construction is in accordance with the sustainable concept of the Olympics, and we have kept many industrial elements in the design.

"Big Air will hold two Olympic snow sports next year – snowboarding and freestyle skiing, both of which will be warmly welcomed by young people," said Pan Xiaozhi, an official from the operations team of the Big Air project under Beijing Shougang Construction Investment Co.

Pan said big air competitions, which involve high-risk aerial tricks performed on skis and snowboards, are usually staged in a temporary venue, such as a city square or a stadium. "The atmosphere of the competition is more like a big party, with music, beer and energetic young people," Pan said.

The ramp at Big Air Shougang – with a length of about 160 meters and a height of 60 meters – will be one of the world's first permanent venues for big air competition, the operators of the park said.

The venue was integrated with the old industrial environment, and the undulating modern ramp is in stark contrast to four cooling towers built in the past 50 years, and an old oxygen factory, which has been renovated for use as a service area.

"Construction is in accordance with the sustainable concept of the Olympics, and we have kept many industrial elements in the design," said Pan. 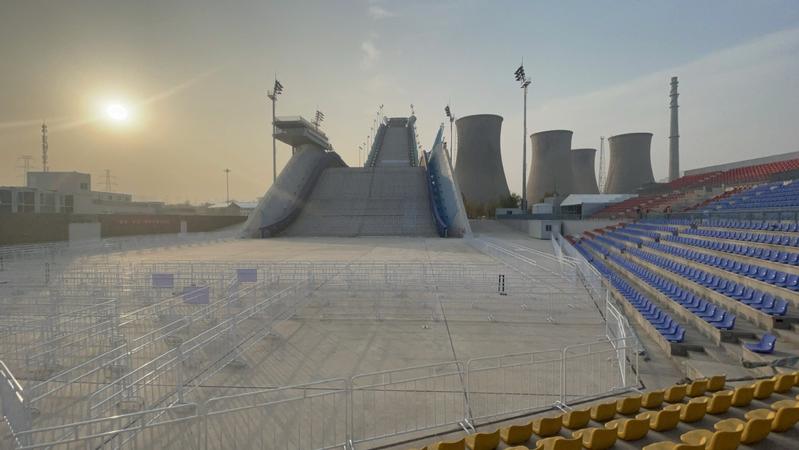 Big Air Shougang is the only new outdoor venue built in the city for the Beijing 2022 Winter Olympics. (PHOTO PROVIDED TO CHINA DAILY)

Inspired by the Mogao Grottoes fresco Flying Apsaras, the ramp has been designed to resemble a ribbon floating in the air. Zhang Li, chief architect of Big Air Shougang and dean of the School of Architecture at Tsinghua University, said that the theme of the transformation of the industrial park – once a steel factory – is culture, sports and leisure.

"Building a permanent Olympic venue in the park expresses this theme perfectly," he said in a recent interview with China Central Television. "The sport features speed, lightness and freedom, and we've embedded those into its design as ribbons." 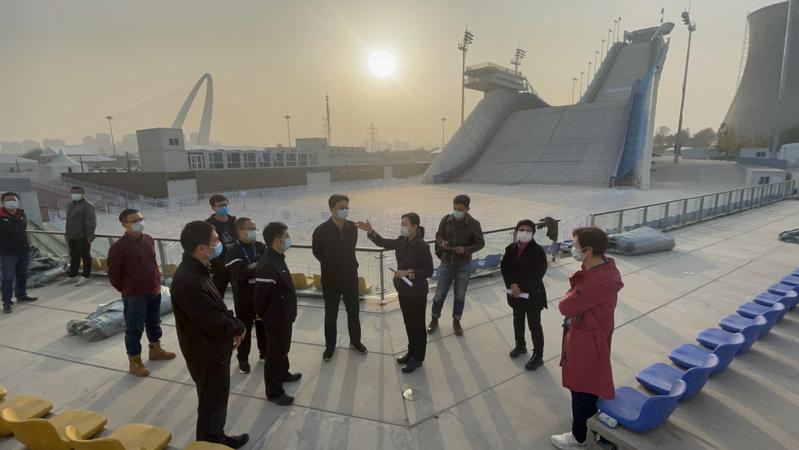 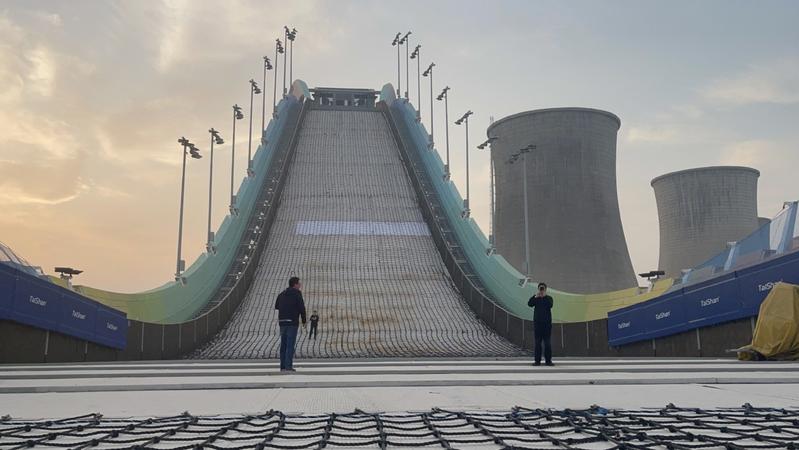 Liu Yuchuan, an official of the Big Air Shougang project, said: "During construction, we considered how to develop the venue after the Games. It can be used to host all sorts of events and provide training opportunities for young athletes."

It can also be a modern space for commercial exhibitions and shows, he added.

Construction was completed at the end of October 2019. The venue can be repurposed for aerial competitions in freestyle skiing.