UK raises minimum wage by 6.6% in budget boost for millions 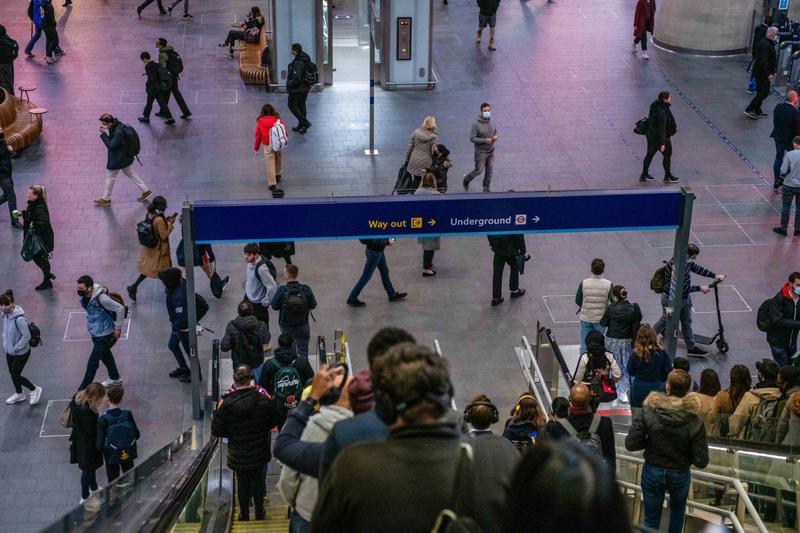 In this undated photo, commuters make their way to work through London Bridge railway station during the morning rush hour in London. (PHOTO / BLOOMBERG)

The United Kingdom is to increase its national minimum wage to 9.50 pounds an hour (US$13.06), providing a boost for millions of low-paid workers ahead of the budget this week.

The legal pay floor for people aged 23 and over will rise by 6.6 percent from 8.91 pounds starting on April 1, the Treasury announced in statement Monday.

The increase may prove politically expedient for Chancellor of the Exchequer Rishi Sunak as the prospect of a rapid spike in inflation puts the government under pressure to support the poorest households. It would also see him move firmly into the territory of the opposition Labour Party, for which the minimum wage is a central issue.

Speculation that a rise in minimum wage was imminent has been rife since the Conservative Party conference this month, when Prime Minister Boris Johnson put a transition to a high-wage economy at heart of his message to voters.

Labour has demanded that the rate be raised to at 10 pounds. The level has divided the shadow cabinet, with one member quitting last month after failing to gain support among the party leadership for 15 pounds. A YouGov survey shared with Bloomberg also showed the public favoring a rate of 10 pounds. 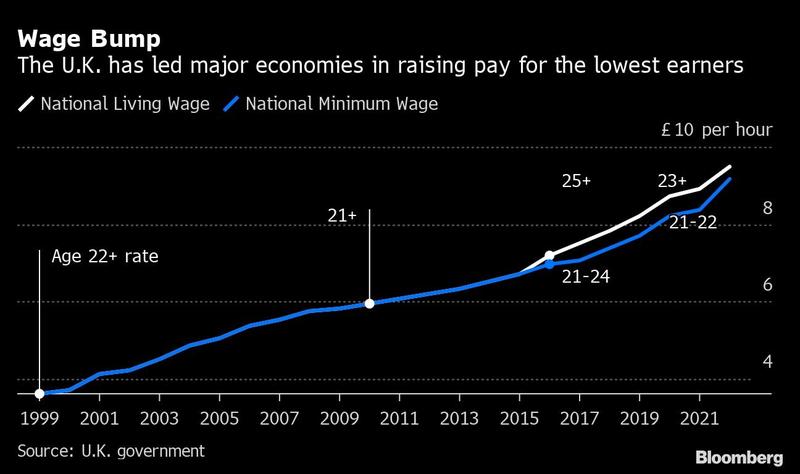 “This is a government that is on the side of working people,” Sunak said in a statement. “This wage boost ensures we’re making work pay and keeps us on track to meet our target to end low pay by the end of the Parliament.”

The government said it accepted in full the recommendations of the Low Pay Commission, which advises the government. The increase means a full-time worker on the main minimum wage will get an extra 1,000 pounds a year. Minimum rates for apprentices and people under the age of 23 will also rise.