Yum China predicts up to 60% drop in operating profit 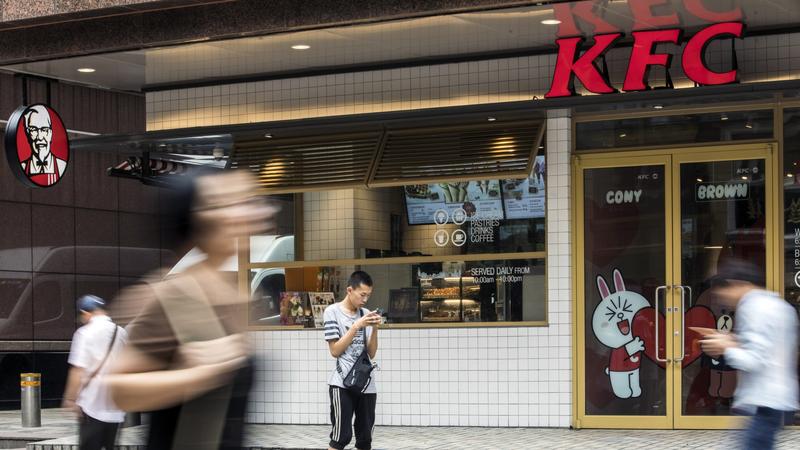 Yum China Holdings, which operates 7,600 KFC restaurants in the Chinese mainland, said adjusted operating profit for the third quarter could drop by 50 percent to 60 percent as a result of a sharp drop in sales in August, in the wake of the recent coronavirus outbreak especially in Nanjing and Yangzhou, which are important markets for the company.

Same-store sales in August have dropped by nearly 20 percent, the company said in an announcement to the Hong Kong Stock Exchange.

Same-store sales indicate an estimated percentage change in sales of food of all restaurants in operation before the first day of the previous fiscal year. This excludes the period during which stores are temporarily closed.

In the latest HKEX statement, Yum China said the drop in restaurant sales is particularly pronounced in the third quarter, a seasonally strong quarter for sales and margins

In the second quarter ended June 30, Yum China reported that operating profit increased by 83 percent from the year before to US$233 million from US$128 million.

READ MORE: Yum China has HK’s weakest debut in more than a year

Adjusted operating profit increased by 80 percent from the year before to US$237 million from US$132 million.

Operating profit can be characterized as earnings before interest and taxes.

Net income in the second quarter increased by 37 percent to US$181 million from US$132 million, the year before.

In the latest HKEX statement, Yum China said the drop in restaurant sales is particularly pronounced in the third quarter, a seasonally strong quarter for sales and margins. Yum China said margins are further pressured by “the diminishing favorable impact of commodity prices, by wage inflation of mid to high single digits,” and due to value promotions aimed at driving customer traffic.

Yum China is the largest restaurant company in the mainland in terms of company sales, with more than 11,000 restaurants in 1,500 cities as of June 30.

KFC remained the biggest revenue generator, with US$1.30 billion. Pizza Hut accounted for US$422 million, according to the second quarter financial results.

KFC is the leading and the largest fast food restaurant brand in China in terms of sales of the company’s restaurants. There are more than 7,600 KFC restaurants.

Pizza Hut is the leading and the largest casual dining restaurant brand in China in terms of sales and number of restaurants. Pizza Hut operated over 2,400 restaurants in 500 cities.

While the outbreak has subsided in recent days and restaurant traffic is gradually recovering, operations continue to be heavily impacted, Yum China said

Yum China statement to the HKEX said the eastern Nanjing coronavirus outbreak which spread to 16 provinces had significantly impacted the restaurant industry due to lockdowns.

Nanjing and Yangzhou, the most vibrant economic region and the most important market for the company, were the most affected, Yum China said. Zhengzhou and Wuhan, the capital cities of Henan and Hubei provinces respectively, were also significantly affected.

At the peak of the outbreak in August 2021, more than 500 of Yum China stores in 17 provinces were closed or offered only takeaway and delivery services.

While the outbreak has subsided in recent days and restaurant traffic is gradually recovering, operations continue to be heavily impacted, Yum China said.

“As we have previously noted, our business recovery remains to be uneven and nonlinear, as regional outbreaks occur and corresponding public health measures are implemented. The company expects a recovery of same-store sales to take time.”

While the pandemic may pose volatility in the near-term, the fundamentals of the business remain strong, Yum China assured.

The company said it will speed up the expansion of the store network. It expects to open 1,300 gross new stores in 2021, and to strengthen offerings for dine-in, delivery, takeaway and retail, and also invest in digital and technology.

Yum China also has a joint venture with the family-owned Italian coffee company, Lavazza Group, to develop the Lavazza coffee shop concept in the mainland.

While KFC and Pizza Hut are flagship brands, other businesses, including Little Sheep, Huang Ji Huang, COFFii & JOY, East Dawning, Taco Bell, Lavazza, Daojia and the e-commerce business, are combined and referred to as all other segments, since they are not significant individually and in aggregate.

From late January 2020, the COVID-19 pandemic has significantly impacted the company’s operations and financial results.

For the quarter ended June 30, Yum paid cash dividends of US$51 million to stockholders through a quarterly payment of US$0.12 per share.

Yum China has also authorized an aggregate of US$1.4 billion share buybacks, and 0.2 million shares at a total cost of US$7 million have been repurchased for the year to date ended June 30, 2020.

In US after-hours trade, Yum China shares dropped by 4 percent. In regular trade, the shares fell by 1.2 percent to close at US$61.22.