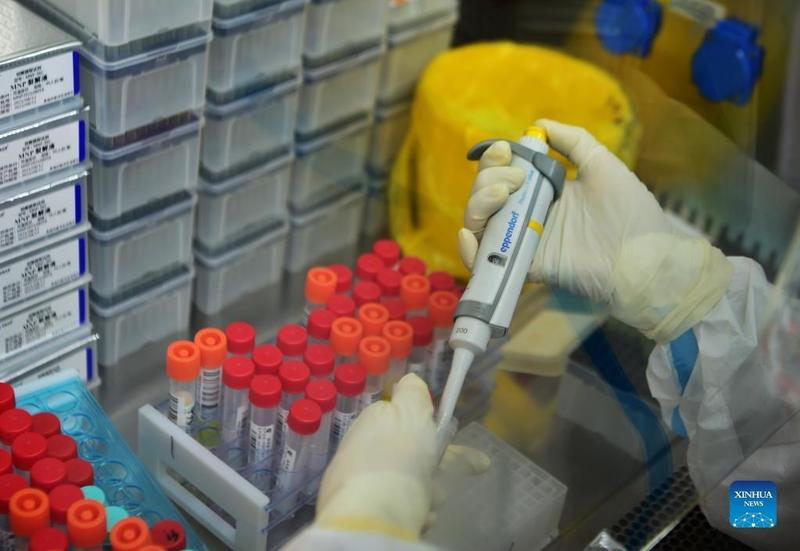 Also reported were 23 new imported cases, including 13 in Yunnan, four in Guangdong, two in Shanghai, and one each in Tianjin, Zhejiang, Fujian and Henan.

One new suspected case arriving from outside the mainland was reported in Shanghai, the commission said, adding that no additional deaths related to COVID-19 were posted.

There were 837 patients still receiving treatment, four of whom were in severe conditions, the commission said.

Also on Tuesday, 16 new asymptomatic cases were reported, 15 of whom arrived from outside the mainland and one was a local case. There were a total of 386 asymptomatic cases, of whom 360 were imported, under medical observation.

READ MORE: Experts: Fujian COVID-19 outbreak can be reined in by Oct holiday

A total of 11,854 COVID-19 patients in the Hong Kong SAR had been discharged from hospitals following recovery, 63 in the Macao SAR, and 13,742 in Taiwan.

Nearly 2.16 billion doses of COVID-19 vaccines had been administered on the mainland as of Tuesday, the commission said.