China demands transparency from US on Fort Detrick lab 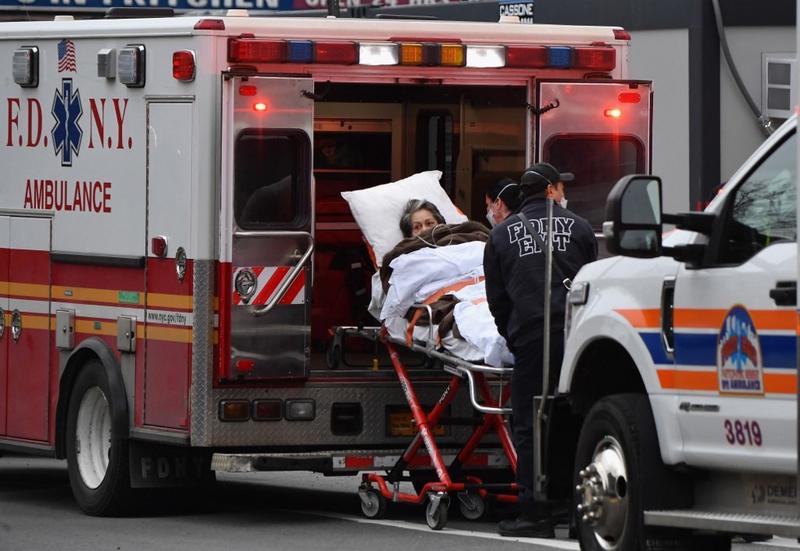 In this Jan 04, 2021 photo, healthcare workers transport a patient from an ambulance to Maimonides Medical Center, a hospital in the New York. (ANGELA WEISS / AFP)

Foreign Ministry spokesman Zhao Lijian demanded on Wednesday that the United States show transparency and conduct a thorough investigation into its Fort Detrick laboratory and other biological labs overseas over the origins of COVID-19, in response to appeals from people in China and around the world.

"The soaring number reflects the Chinese people's demands and anger at some people in the US who manipulate the origin-tracing issue for political reasons," Zhao said at a regular news briefing in Beijing.

The US Centers for Disease Control and Prevention issued a "cease and desist order" in July 2019 to halt research at Fort Detrick that involved dangerous organisms like the Ebola virus. The same month, a "respiratory outbreak" of unknown cause saw more than 60 residents at a Northern Virginia retirement community become ill.

Later that year, Maryland, where Fort Detrick is based, witnessed a doubling of the number of residents who developed a respiratory illness related to vaping.

But the CDC never released information about the shutdown of the lab's deadly germ research operations, citing "national security reasons".

"An investigation into Fort Detrick is long-overdue, but the US has not done it yet, so the mystery remains unsolved," Zhao said, adding that was a question the US must answer regarding the tracing of the origins of COVID-19.

He added that with 630,000 of its citizens lost to the pandemic, the US should take concrete measures to thoroughly investigate the origins of the virus at home, discover the reason for its poor response to the pandemic, and punish those who should be held accountable.

He said that while Washington remains silent whenever Fort Detrick is mentioned, it seeks to stigmatize and demonize China under the pretext of origin-tracing.

Zhao refuted speculation by some US officials and media that three researchers at the Wuhan Institute of Virology were hospitalized with COVID-19 in November 2019.

He said that if the US was so sure of its claim, it should prove it by revealing the names and test reports of the researchers concerned.

"I can tell you that the US cannot provide any evidence, because it is lying," Zhao said.