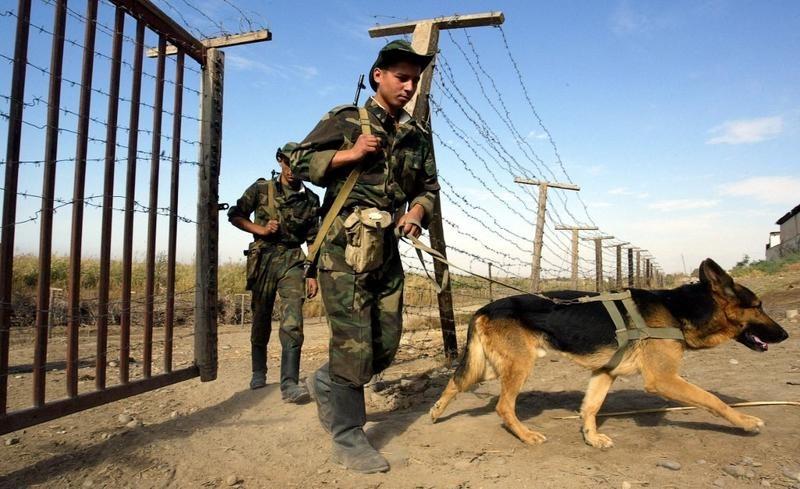 This file photo shows a Tajik frontier guard soldier patrols Afghan border not far from the town of Pyandj, some 220 kms from Dushanbe. (VYACHESLAV OSELEDKO / AFP)

Tajikistan mobilised 130,000 men from its military reserve in addition to 100,000 active servicemen for the three-hour exercise

Insecurity has been growing in Afghanistan in recent weeks, largely spurred by fighting in its provinces as US-led foreign troops complete their withdrawal and the Taliban launch major offensives, taking districts and border crossings.

Tajikistan mobilised 130,000 men from its military reserve in addition to 100,000 active servicemen for the three-hour exercise on Thursday, Rakhmon said at a military parade the same day.

“Due to the unstable situation in the region I once again remind the people of Tajikistan that we must be ready to protect the peace and stability that have been achieved at a high price,” Rakhmon said in a speech broadcast by state television.

ALSO READ: Report: Russia to reinforce military base in Tajikistan

Rakhmon said 20,000 men from the military reserve had been sent to reinforce Tajikistan’s border with Afghanistan.

Hundreds of Afghan servicemen crossed the border into Tajikistan this month as they retreated from a Taliban offensive. Tajikistan later sent them back as the Kabul government arranged special flights to return its soldiers.

Russia, which operates a military base in Tajikistan, plans to hold joint drills there with Tajikistan and Uzbekistan, another former Soviet republic bordering Afghanistan, next month.