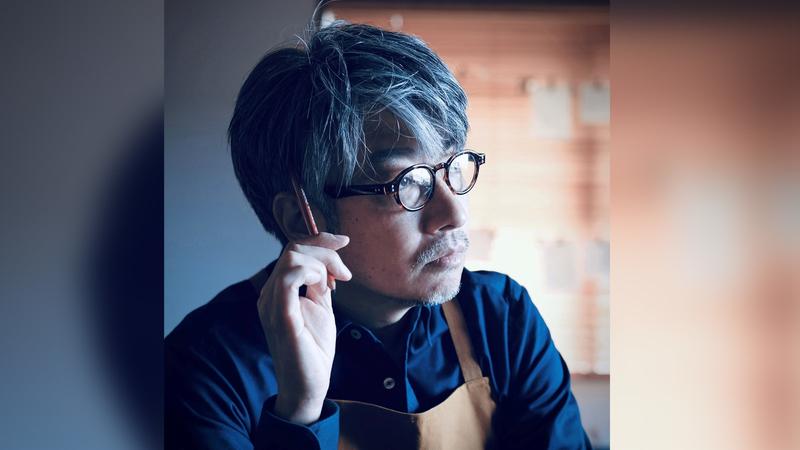 TOKYO - Tokyo Olympics organizers have fired the opening ceremony director on the eve of the event after reports emerged of a past joke he had made about the Holocaust, while media said former Prime Minister Shinzo Abe, a strong advocate of the Games, would also not attend.

The latest in a series of embarrassments for the Tokyo organizers comes just days after a well-known musician was forced to step down as composer for the ceremony after old reports of his bullying and abusive behavior surfaced.

Earlier this year, the head of the Tokyo 2020 organizing committee resigned after making sexist remarks, and the Tokyo Olympics creative head followed after he made derogatory comments about a popular Japanese female entertainer.

Tokyo Games organizers fired Kentaro Kobayashi on Thursday over a joke he made about the Holocaust as part of a comedy act in the 1990s that recently resurfaced in domestic media.

"I offer my deep apology for causing trouble and worry for many people concerned as well as Tokyo residents and Japanese people when the opening ceremony is almost upon us," said a sombre Seiko Hashimoto, who heads the organizing committee.

Earlier, the Simon Wiesenthal Center, an international Jewish human rights organization, released a statement saying Kobayashi's association with the Olympics would "insult the memory" of the 6 million Jewish people who perished in the Holocaust.

Japanese Prime Minister Yoshihide Suga said comments by the show director were "outrageous and unacceptable" but that the opening ceremony should proceed as planned.

Kobayashi apologized for his past comments in a statement.

Former PM Abe, who famously dressed up as the titular plumber from video game Super Mario at the Rio Games to represent Japan, played an outsized role in attracting the Olympics to Tokyo.

At the time of the bid, Abe and his supporters hoped the Olympics would parallel the 1964 Tokyo Games heralding the nation's revival after decades of economic stagnation and also mark its recovery from a massive earthquake and nuclear disaster in 2011.

But the spectacle of last-minute personnel changes, the resurfacing of old abusive comments and the looming presence of the pandemic threatened to turn it into a "PR disaster," said Bob Pickard, a veteran PR executive at Signal Leadership Communication.

"Tokyo 2020 was supposed to be a global platform for the launch of a new Japan facing an international future with confidence. Instead, what we see here is the legacy of the old Japan's insular attitudes mired in past prejudices and dated stereotypes," he said.

The opening ceremony on Friday is set to be a subdued affair, with just 950 people - including only around 15 global leaders - set to attend. Spectators have been barred from most Olympic events as COVID-19 cases surge in the capital.

On Thursday, Tokyo reported 1,979 new coronavirus cases in the capital, the highest since January 15.

First Lady Jill Biden arrived in Tokyo on Thursday afternoon for the Games' opening ceremony, raising expectations she might also use her attendance to discuss vaccines with Suga.

Biden, who is set to dine with Suga and his wife later in the day, has been travelling across the United States urging more people to get inoculated. 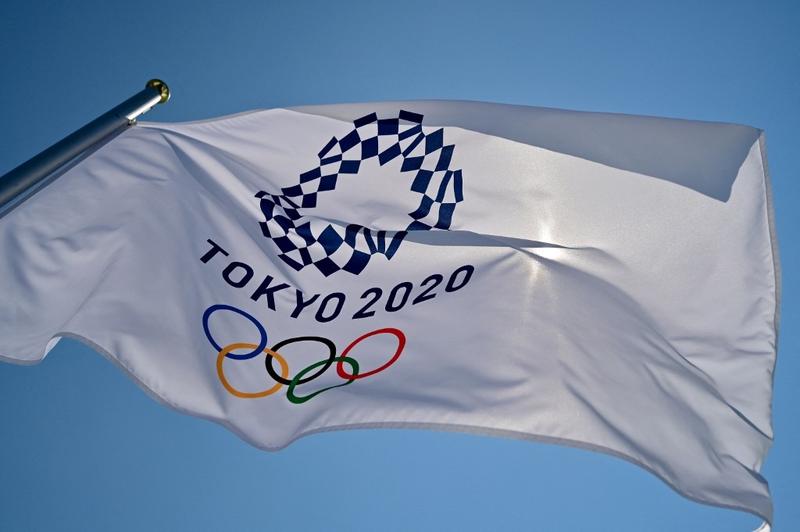 Only a third of Japanese have had at least one dose of the vaccine, fuelling public concerns that the Olympics could become a super-spreader event.

"This kind of stuff keeps happening, Tokyo residents are really sick of it," said 64-year-old retiree Shio Watanabe on Thursday after news of further personnel changes.

In a recent poll, 68 percent of respondents expressed doubt about the ability of Olympic organizers to control coronavirus infections, with 55 percent saying they opposed the Games going ahead.

Already 87 Olympic-related personnel, including athletes, have tested positive for COVID-19, prompting the US gymnastics team to relocate to a hotel. 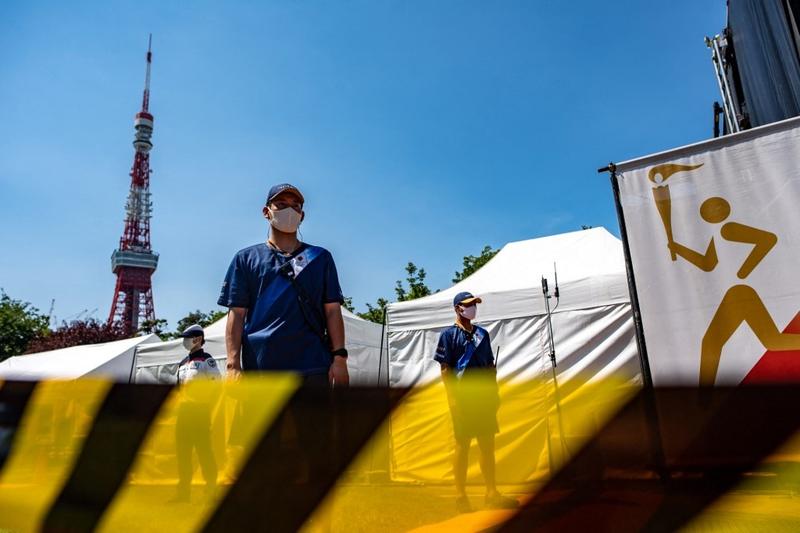 Police officers stand guard before the Olympic flame lighting ceremony at Shiba Park in Tokyo on July 22, 2021, ahead of the Tokyo 2020 Olympic games. (PHOTO / AFP)

In a visit with the Japanese emperor on Thursday, International Olympic Committee head Thomas Bach tried to assuage concerns over the virus, reiterating that organizers were doing their utmost not to bring infections to Japan.

Meanwhile Olympics competition has already begun, with the Japanese women's softball team getting the hosts off to a winning start on Wednesday.

Between matches in rural Fukushima, an area devastated by the 2011 disaster, softball players were on the lookout for a brown bear which had been spotted this week.

"I'm kind of disappointed I didn't get to see it," US pitcher Monica Abbott, who has played in Japan's national league since 2009, told a news conference.