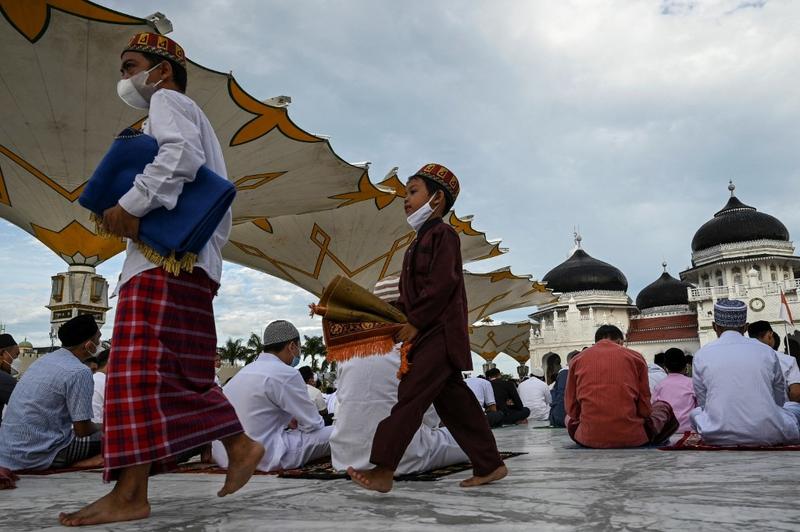 Jakarta resident Marsel Muja has supported his family for years by renting out two cars for a living. But the worsening pandemic has wiped out demand for his business, pushing Muja to sell one of his cars just to make ends meet.

“I have no idea whether my family will be able to survive the pandemic,” he said. While the family gets by with some cash and food aid from the government, Muja is still struggling to earn money to pay for his two sons’ tuition.

Muja’s plight illustrates how the highly transmissible Delta variant has devastated lives and livelihoods as it fueled a fresh wave of COVID-19 infections across Southeast Asia.

In the past week, the average new daily cases in Indonesia reached over 40,000. The country’s total COVID tally stood at more than 2.95 million cases and 76,200 deaths as of July 20, according to data from the World Health Organization

This is especially true in Indonesia and Malaysia where the mutant virus has spiked the number of coronavirus cases in recent weeks, with experts noting that the surge has exposed the weak spots in the public health systems of the two nations.

Public hospitals were nearly full and exhausted healthcare workers have to turn down other patients as they had to attend to more critical cases.

In the past week, the average new daily cases in Indonesia reached over 40,000. The country’s total COVID tally stood at more than 2.95 million cases and 76,200 deaths as of July 20, according to data from the World Health Organization.

In Malaysia, the COVID-19 case count was more than 927,000, with the death toll rising to 7,148, as per WHO statistics. New cases stood at 11,985 on July 21 alone, according to Noor Hisham Abdullah, Malaysia’s director-general of health.

Indonesian and Malaysian authorities have enforced movement restrictions to limit virus transmission, but this comes at a huge economic cost. In its latest report released on July 20, the Asian Development Bank cut its 2021 growth forecast for Indonesia from 4.5 percent to 4.1 percent. The GDP forecast for Malaysia was revised to 5.5 percent from a previous 6 percent projection.

Yanuar Nugroho, co-founder and advisor of Jakarta-based think tank Center for Innovation Policy and Governance, said health authorities need to step up testing and contact tracing, noting the possibility that the reported cases could be “much smaller than actual numbers”.

“Testing must be amplified and antigen should be given for free. Anyone who has complaints can then go for consultation at the nearest clinical centers or hospitals,” he said.

Tjandra Yoga Aditama, a professor at the University of Indonesia’s Faculty of Medicine, also called for better coordination among community health centers.

“For instance, there is a community health center near my house. But residents in this area who need to get tested for COVID-19 have to go to another health center which is far from here,” he said.

Indonesian President Joko Widodo said at a briefing on July 20 that the 18-day emergency public restrictions (PPKM Darurat) will be extended to July 26 to curb the spread of the virus and ease the burden of the public healthcare system. 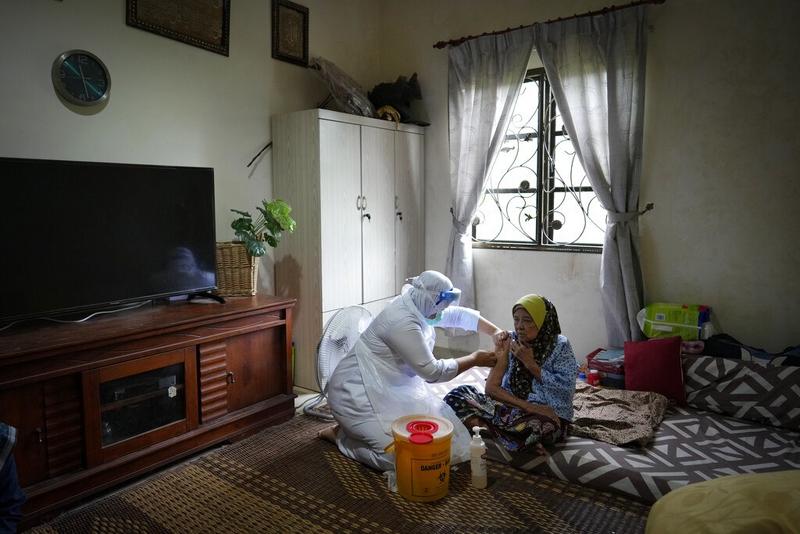 A nurse administers a Pfizer vaccine to an elderly woman in her house in rural Sabab Bernam, central Selangor state, Malaysia, Tuesday, July 13, 2021. Medical teams are going house to house in rural villages to reach out to elderly citizens as the government seeks to ramp up its vaccination program. (VINCENT THIAN / AP)

PPKM was scheduled to end on July 20. These restrictions were initially imposed in the islands of Java and Bali and were later expanded to include 15 other regions.

Industry groups have warned that extending the PPKM will harm the economy and affect livelihoods.  But health workers insist that the government must prioritize people’s health over the economy.

Such restrictions, however, must be complemented by strengthening testing and contact tracing capacity, according to Aditama. Otherwise, PPKM will not attain its intended purpose.

Budiman said the pace of vaccination has to be accelerated to promote herd immunity.

The Indonesian government aims to vaccinate over 70 percent of its 276 million population by the end of the year. As of July 19, only 16.4 million Indonesians were fully vaccinated.

Budiman said that over the long term, Indonesia needs to invest more on its public health system as the pandemic has exposed shortcomings in the country’s medical facilities and paucity of healthcare workers. According to WHO data, there are only six hospital beds and one doctor for every 10,000 Indonesians.

In Malaysia, Deputy Prime Minister Ismail Sabri Yaakob said the government is looking at relaxing the movement restrictions for people who are fully-vaccinated against COVID-19.

This, as the country ramps up its vaccination program, with the goal of inoculating 80 percent of the nation’s 32 million population by September. A total of 4.9 million Malaysians have been fully vaccinated as of July 21, according to the government’s Special Committee for Ensuring Access to COVID-19 Vaccine Supply.

“One urgent corrective is to ease up on penalizing the undocumented migrants and their employers for the duration of the pandemic,” Chan said.

He said the government needs to encourage employers to get all their workers — even the undocumented ones — to get vaccinated. This will keep them from potentially infecting others and help prevent factory shutdowns.

Chan said Malaysia also needs to build up its domestic manufacturing capacity for vaccines and other pandemic essentials by partnering with organizations that have good track record in research and product development.

Such efforts will strengthen the country’s capacity to cope with any future outbreaks of infectious diseases, the epidemiologist noted.