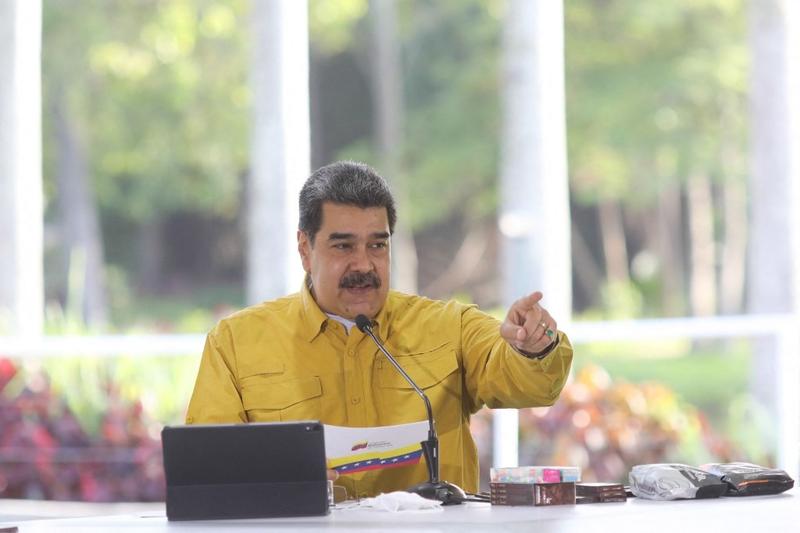 CARACAS - Venezuelan President Nicolas Maduro on Wednesday called a letter sent by the Vatican's foreign minister to local businesses, which urged Caracas politicians to take seriously negotiations to resolve the country's crisis, a "compendium of hatred."

When everyone is talking about producing and overcoming the economic crisis, an unknown priest...read a letter from (the Vatican's Secretary of State, Cardinal) Pietro Parolin, a letter that was a compendium of hatred, of venom.

The letter from the Vatican's Secretary of State, Cardinal Pietro Parolin, was read aloud by a Catholic Church representative on Tuesday evening at the annual assembly of Fedecamaras, the largest business federation in the heavily Roman Catholic South American country.

A top government official attended that meeting for the first time in years in a sign of easing tensions between business leaders and the socialist government, as Maduro opens the economy in an effort to end a years-long recession in the once-prosperous OPEC nation.

"When everyone is talking about producing and overcoming the economic crisis, an unknown priest...read a letter from Pietro Parolin, a letter that was a compendium of hatred, of venom," Maduro said in a state television appearance on Wednesday, accusing Parolin of meddling in Venezuela's affairs.

The Vatican did not immediately respond to a request for comment.

Maduro's comments came as Venezuela's government and opposition - which labels Maduro a dictator who rigged his 2018 election and has largely boycotted the past two elections - prepare for negotiations to attempt to establish mutually agreeable electoral conditions.

Parolin's letter said that a solution to Venezuela's crisis would only come "if Venezuelans, and especially those who have some political responsibility, are willing to sit down and negotiate in a serious way about concrete problems and find solutions to Venezuelans' true needs."