By Wang Xiaoyu and Zhang Zhihao 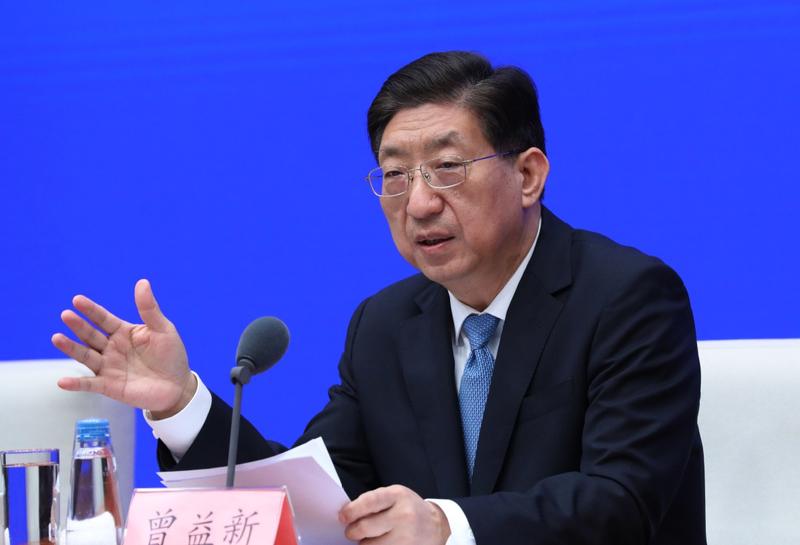 China cannot accept the current version of the second phase investigation into the origins of the COVID-19 virus launched by the World Health Organization, for the plan has been compromised by political manipulation and disrespect of scientific facts, Zeng Yixin, deputy head of the National Health Commission, said at a news briefing on Thursday.

Zeng said the plan has listed the hypothesis that China had violated lab regulations and leaked the virus as one of the major research objectives, which left him "very shocked" after reading the proposal.

We hope the WHO can carefully consider the advice by Chinese scientists, take investigating the origin of the COVID-19 virus as a scientific question free from political interference, and proactively and properly conduct sustained investigations into the origin of the virus in various countries across the world.

Zeng said Chinese experts have voiced their concerns and suggestions for improving the investigation plan to the WHO.

What has been carried out in the first stage of origin tracing, especially those that have reached a clear conclusion, should not be repeated, Zeng said.

"We hope the WHO can carefully consider the advice by Chinese scientists, take investigating the origin of the COVID-19 virus as a scientific question free from political interference, and proactively and properly conduct sustained investigations into the origin of the virus in various countries across the world," he said.

Only by conducting science-based origin-tracing of COVID-19 virus, can we uncover the real truth, said Xu Nanping, vice-minister of Science and Technology, at the briefing.

Experts attending the news conference also called for the international scientific community to conduct multifaceted, dynamic, and wide-ranging investigations around the world on the origins of the COVID-19 virus, and not limit their options to a couple of hypotheses and destinations.

Liang Wannian, team leader of the Chinese side of the WHO-China joint expert team, said the place of origin and transmission of the COVID-19 virus is more complicated and puzzling than previously anticipated, as countries around the world have reported finding traces of the virus in clinical samples and environment months before their first reported COVID-19 cases, with some dating even earlier than the first reported case in China in late December of 2019.

Liang said it was key to investigate other countries and regions concurrently to better understand the early clinical cases, genetic sequence of the virus, as well as its methods of transmission including natural spillover, spread through intermediate host, and the role of cold-chain logistics.

Claims against Wuhan lab 'based on thin air'

Meanwhile, Chinese expects rejected claims that the Wuhan Institute of Virology had three infected workers, carried out gain-of-function research and engineered the virus.

Yuan Zhiming, a researcher at the institute in Wuhan, Hubei province, said the institute had not come in contact, stored or researched the virus before Dec 30, 2019. Yuan is also the director of the National Biosafety Laboratory in Wuhan.

Since the laboratory (the Wuhan Institute of Virology's P4 biosafety laboratory) began operating in 2018, no laboratory leaks or human infections have ever occurred.

Yuan Zhiming, Researcher at the Wuhan Institute of Virology and head of the National Biosafety Laboratory in Wuhan

"The infrastructure, management, team composition and working protocols at the institute's P4 biosafety laboratory are the same as other P4 labs in operation," he said at the news briefing "Since the laboratory began operating in 2018, no laboratory leaks or human infections have ever occurred."

Yuan said the laboratory has stable and reliable biosafety precautions in place, and has established a set of complete biosafety management systems and a professional team to bolster, manage and maintain its operation.

Refuting the allegation that three workers at the institute were infected with the disease in November 2019, Yuan said people propagating the claim were never able to provide names of the alleged researchers. "The claim has been created out of thin air," he said.

He said unfounded accusations that implicate the institute as the source of the outbreak has disturbed the institute's scientific research work and disrupted international communication and cooperation.

China 'shared all data' with WHO

Earlier this year, Chinese and international experts visited Wuhan to study the origin of the virus, which was organized by the WHO.

The results of the WHO-China joint study are able to stand the test of time, said Zeng. 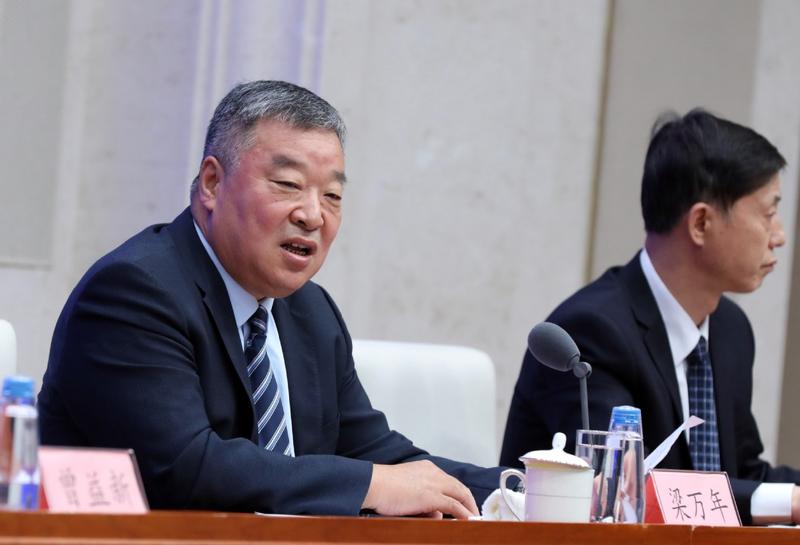 China had presented sufficient data in accordance with the requests by experts from the WHO mission, said Liang from the Chinese side of the joint expert team.

He said China had shared clinical data of early COVID-19 patients, information from epidemiological surveys, and lab test results with the expert team for joint study and analysis, and the findings were later published in the WHO report.

China had presented sufficient data in accordance with the requests by experts from the WHO mission, said Liang Wannian, the team leader of the Chinese side of a WHO joint expert team

However, Liang said the data contained personal information and it is against relevant laws and regulations in China to allow the data to be taken to other countries.

The Chinese side had explained the situation to foreign experts, and after reaching a consensus, the data was made available to the joint expert team during their mission, but experts could not take photos or make copy of the raw data, he said.

China has not purposefully withhold data from the research team, and the credibility of the conclusions from the joint report is not undermined simply because China wants to protect its citizen's privacy by not allowing experts to take their personal data with them to other countries, said Liang.

During their visit, the joint expert team conducted field visits at the Wuhan institute, and in particular, learned about the institute's implementation of management and safety regulations, as well as its past and current research projects, Liang said.

The mission had reached the conclusion that it is extremely unlikely that the virus originated from a laboratory, he said.

Chinese researchers suggested that more probe should be directed to countries where P4 laboratories had not been visited by international experts, reviewing possible safety risks and laboratory incidents there, Liang said.

The region that reported the earliest cases is not necessarily where the virus jumped from animals to humans, Liang noted.

Evidence showed the possibility of the virus transmission through cold chain, said Wang Chen, an academician of the Chinese Academy of Engineering.