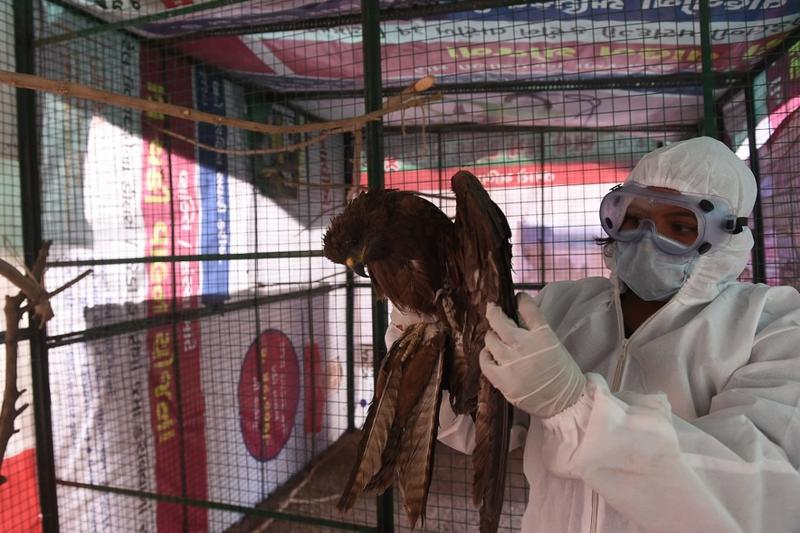 In this Jan 13, 2021 photo, a volunteer wearing Personal Protective Equipment (PPE) as a precaution against the spread of bird flu attends an injured rescued bird at a temporary shelter in Ahmedabad. (SAM PANTHAKY / AFP)

India reported what could be its first case of human death due to bird flu after a 12-year-old succumbed to the disease.

The boy who died at the All India Institute of Medical Sciences in Delhi was infected with avian influenza, according to an official at the public hospital. Local media including Hindustan Times reported it was likely the first case of H5N1 among humans in India and the country's first human bird flu death.

Avian influenza is an illness that occurs mainly in birds like chickens and turkeys. While the H5N1 virus does not infect humans easily, the consequences for public health could be very serious if it becomes easily transmissible from person to person. Infection in humans can cause severe disease and has a high mortality rate, according to the World Health Organization.

Tests for COVID-19 and influenza were conducted on the boy when he was undergoing treatment, according to the official, who asked not to be named due to the sensitivity of the matter. His samples tested negative for COVID-19 but positive for avian influenza, the official said. The National Centre for Disease Control has been alerted.

The hospital and India's health ministry didn't immediately respond when contacted for comment on a public holiday Wednesday.

Earlier this year, thousands of wild birds were found dead and tens of thousands of poultry were culled after a massive wave of bird flu cases swept several states in India. Several of the infections were from a different strain, H5N8, although India is considered to be endemic for the H5N1 virus in poultry.