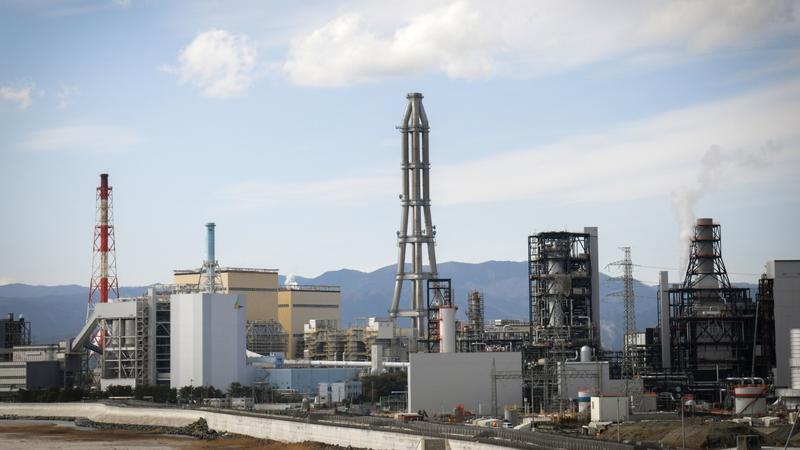 Japan is set to make dramatic changes to how it generates electricity by the end of the decade, slashing its dependence on fossil fuels and upping its reliance on renewable energy in an ambitious effort to reduce emissions.

Renewable energy, which includes solar, wind and hydropower, should make up more than a third of the nation’s power generation by the fiscal year starting April 2030, according to a draft report released Wednesday. That’s up from its previous target of less than a quarter. Hydrogen was also added to the mix for the first time.

The biggest loser in the revised plan will be liquefied natural gas, with its annual power generation slated to fall roughly 50 percent by the end of the decade. The use of coal should also fall by about 40 percent from current levels

The biggest loser in the revised plan will be liquefied natural gas, with its annual power generation slated to fall roughly 50 percent by the end of the decade. The use of coal should also fall by about 40 percent from current levels.

The revised energy plan is in line with Prime Minister Yoshihide Suga’s pledge to hit net-zero emissions by 2050. It’s also become increasingly cost effective to shift to cleaner sources of energy, with the share of renewable power in Japan nearly doubling over the last decade due to strong government support for solar and a steeper-than-expected decline in costs.

However, it isn’t clear whether the island nation-- the world’s fifth-biggest polluter -- will be able to meet the new targets. Under the new plan, Japan will need to install solar panels on millions of buildings, shut dozens of coal-fired power plants and restart nearly all of its existing nuclear reactors.

Earlier this year, Japan strengthened its 2030 Paris Agreement goals, raising its target to reduce greenhouse gas emissions to 46 percent by 2030 from 2013 levels, up from its previous aim of 26 percent.

The shift will mean that Japan, the world’s top LNG importer that pioneered the industry from the 1960s, will require far less fuel in 2030 than its previous plan, posing a potential dilemma for its suppliers from Qatar to Australia to the US.

The amount of energy produced from nuclear power is set to remain unchanged from the previous plan. Japan will require 27 of its remaining 36 reactors to resume operations. Only 10 units have started so far under safety rules enacted after the 2011 Fukushima disaster and ensuing public opposition.

“Safety regulations, public opposition and rising costs make the 20 percent nuclear target incredibly challenging to meet,” said Alex Whitworth, head of Asia-Pacific power and renewables research at Wood Mackenzie Ltd. “Our outlook is that nuclear could only hit 9 percent of generation by 2030. Over-optimism on nuclear makes the plan look unrealistic and could undermine plans to reduce coal and gas share.”

The plan also assumes Japan’s power demand will slide by nearly 10 percent over the next decade. Japan is expected to generate 930 terawatt hours of electricity in 2030, down 13 percent compared to the government’s previous outlook, due in part to advancements in energy conservation technologies.

Hydrogen and ammonia-fired power generation are a new addition to the nation’s energy plan. Over the long-term, utilities aim to shift to hydrogen and ammonia made from renewable sources in order to lower their carbon footprint and reach the government’s 2050 net-zero pledge.