Can COVID-19 give a humane face to 'human rights'? 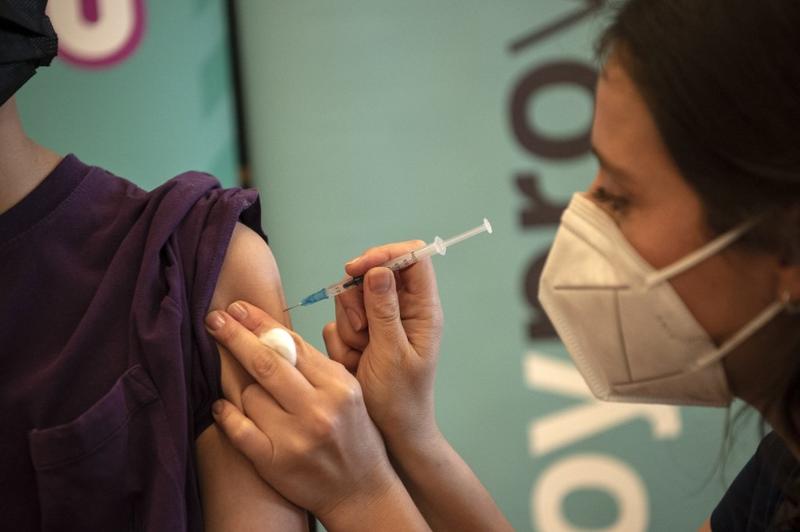 A health worker prepares a dose of the Pfizer-BioNTech vaccine against COVID-19 to inoculate a minor at a vaccination centre in Santiago, on June 23, 2021. (MARTIN BERNETTI / AFP)

The issue of human rights has recently put the world powers into loggerhead in a number of interesting ways. Barely was the recent spat over Uygur minority rights was subsided, the West bared its own stand on human rights when Israel conducted its eleven-day offensive against the ghettoed Gaza strip. Then the entire club of the global big powers started to sense the plight of global humanity on the COVID-19 vaccine rights.

The COVID-19 is an ultimate leveler of rich and poor, big and small, and strong and weak nations

Some British, Canadian and US media pitched their claims of human rights “violations” of China with its Uygur Muslim peoples to “cultural genocide” recently, generating a barrage of media war and parliamentary accusations against Chinese authorities, who, contrary to Western accusations, have successfully contained terrorist attacks and alleviated poverty in the Xinjiang Uygur autonomous region.

But take a look at the stand of the same West on the human rights violations of the helpless Palestinians in the hands of the Israeli armed forces during the eleven-day bombing and destruction of Gaza Strip that took 253 lives in mid-May.

The entire Western powers, including the China-vigilant United Kingdom, seemed to have gone into deep sleep though their people were shouting in the streets with placards – “Gaza Cant Breath!” and “Palestinian lives matter.” Is it that the West considers the Uygur people “human” and the Palestinians are not?  Or is it so afraid of being branded as anti-Semitic if it stands by the “human” side of the Palestinians?

ALSO READ: COVID-19 inoculations answer to getting life back to normal

The world is even more baffled by the US treatment of the Israeli offensive. Decades of Israeli occupation of Palestinian territories, eviction from their lands, demolition of their homes, implanting of hundreds of Israeli settlements amidst Palestinian localities, encirclement by a high separating wall of 3 to 8 meters, serious restrictions on movement, and fifteen years of all-out blockade on Gaza have really squeezed the space to make breathing impossible for the ghettoed Palestinians.

Yet when the occupying Israel conducted merciless strikes against the Palestinians on flimsy ground the US justified it on the same traditional mantra “Israel has the right to defend itself.” This mantra legitimizes Israeli brutal bombings on the one hand, and dehumanizes the Palestinians as “terrorists” on the other.

The US’s disregard for the Palestinians’ human rights is even further exposed by its veto at the UN Security Council resolution to demand an immediate ceasefire. And once a ceasefire was brokered the US administration simultaneously announced to provide all the helps necessary to strengthen Israel’s Iron Dome defense system and to improve Israel’s comprehensive military security.

And how did the US show its humanitarian face on the devastated Gaza people? It felt “deeply regretting” to see the UN Human Rights Commission had decided to investigate Israel’s war crime in the said offensive. Why is it that the West is to oblivious to the gross violation of human rights in its Near East while it is so vigilant on the Far East, especially on China?  Why is this selectivity and double standards?

While the world powers remain highly selective and political on Uygur and Palestine issues, the COVID-19-caused global human catastrophe has put them to a new test – is it reasonable for them to be “political” while the health of the global humanity is at risk? What will the universal rights to access to vaccine and health imply for overall “human rights”?

The COVID-19 is an ultimate leveler of rich and poor, big and small, and strong and weak nations. It is impractical to assume that the handful of rich affordable nations can remain safe and healthy by following “vaccine nationalism” and leaving the many inaccessible to the vaccine. This would be a serious violation of “rights to health” of the larger proportion of the global humanity.

It is time that the big powers come to a common unbiased ground on global human rights. The COVID-19 has created an opportunity for that. The latest announcement by the Group of Seven industrialized countries to provide 1 billion doses of vaccines for developing nations in a couple of years, is just a start in the right direction.

Responding to the plight of the global humanity the US, UK, China and other affordable nations have initiated to share their surplus vaccine doses to the poor and needy nations. This is a unison move that has proved that it is possible for the big powers of the East and West to put aside “political” biasness in respecting and attending the “human rights.”

The West can put aside selectivity and become more objective; and the East in its recent strategic diplomatic drive for letting the world see a true, panoramic and trustworthy China can better address issues of outside concern.

The author, a PhD, is an associate professor of the Department of Political Science, International Islamic University Malaysia.