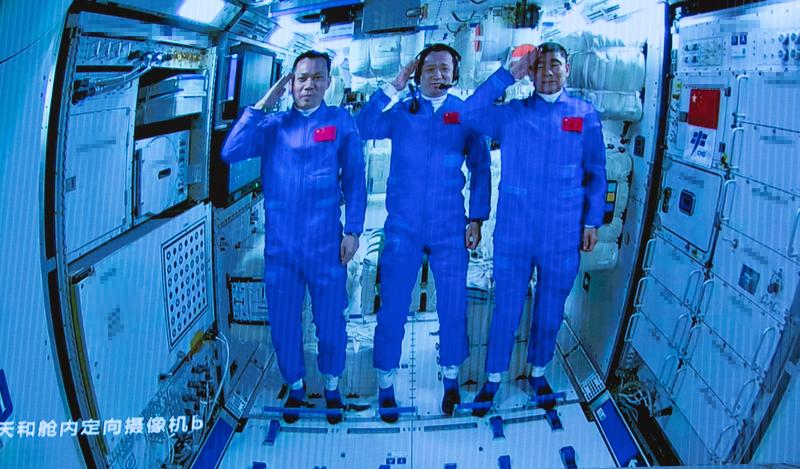 After Shenzhou-12 successfully completed a fast automated rendezvous and docking with the orbiting Tianhe module, the Shenzhou-12 crew entered the orbital capsule from the return capsule of the spaceship.

After a series of preparations, the astronauts opened the hatches of the node and the Tianhe module. By 6:48 pm, Nie Haisheng, Liu Boming and Tang Hongbo had entered the Tianhe module one by one, signifying that for the first time the Chinese have entered their own space station, said the CMSA.

They will carry out relevant work as planned, the CMSA said.

The spaceship, launched on Thursday morning, completed orbital status setting after entering the orbit and conducted a fast autonomous rendezvous and docking with the front docking port of Tianhe at 3:54 pm (Beijing Time), forming a three-module complex with the cargo craft Tianzhou-2. 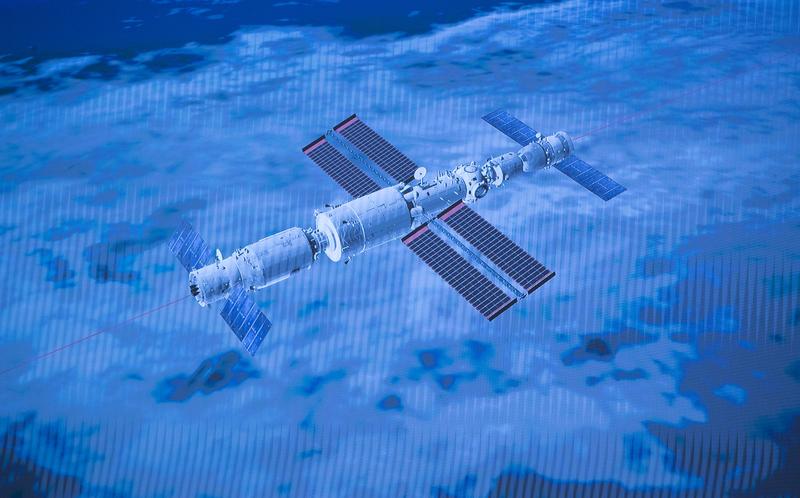 This is Tianhe's first rendezvous and docking with a Shenzhou spaceship since it was sent into orbit on April 29.

Chinese Vice-Premier Han Zheng Thursday extended warm greetings and congratulations to all members who participated in the Shenzhou-12 mission.

Han, also a member of the Standing Committee of the Political Bureau of the Communist Party of China (CPC) Central Committee, watched the live broadcast of the mission launch at the Beijing Aerospace Control Center.

It is China's seventh crewed mission to space and the first during the construction of China's space station. It is also the first in nearly five years after the country's last manned mission.

The spacecraft, atop a Long March-2F carrier rocket, was launched from the Jiuquan Satellite Launch Center in northwest China's Gobi Desert at 9:22 am (Beijing Time), according to the CMSA.

Nie is a 56-year-old veteran who participated in the Shenzhou-6 and Shenzhou-10 missions, Liu 54, was part of the Shenzhou-7 mission, and Tang, 45, is in his first space mission.

The three astronauts are expected to set a new record for China's manned space mission duration, exceeding the 33 days kept by the Shenzhou-11 crew in 2016. 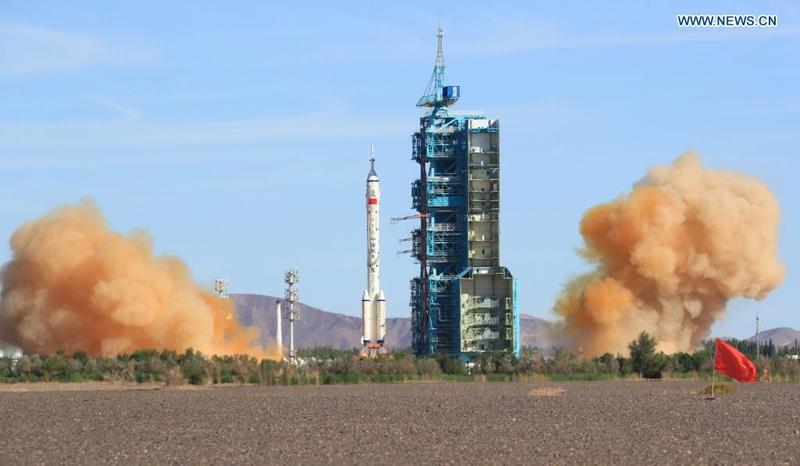 The three astronauts are expected to set a new record for China's manned space mission duration, exceeding the 33 days kept by the Shenzhou-11 crew in 2016

The astronauts will be stationed in the core module. In the core module of the spacecraft, their work will be more complicated and challenging than previous crewed missions, according to CMSA director Hao Chun.

The Shenzhou-12 crew will complete four major tasks in orbit, said Ji Qiming, assistant to the CMSA director, at a press conference held at launch center on Wednesday.

First, they will operate and manage the complex, including the in-orbit test of the Tianhe module, verification of the recycling and life support system, testing and operation training of the robotic arm, as well as management of materials and waste.

Second, they will move, assemble and test extravehicular spacesuits and perform two extravehicular activities for work including assembling an extravehicular toolbox, lifting the panoramic camera and installing extended pump sets.

Third, they will carry out space science experiments and technology experiments, as well as public outreach activities.

China launched its space station core module Tianhe on April 29 and cargo craft Tianzhou-2 on May 29. The two completed a computer-orchestrated rendezvous and docking on May 30, waiting for the first crewed mission to unpack the cargo. 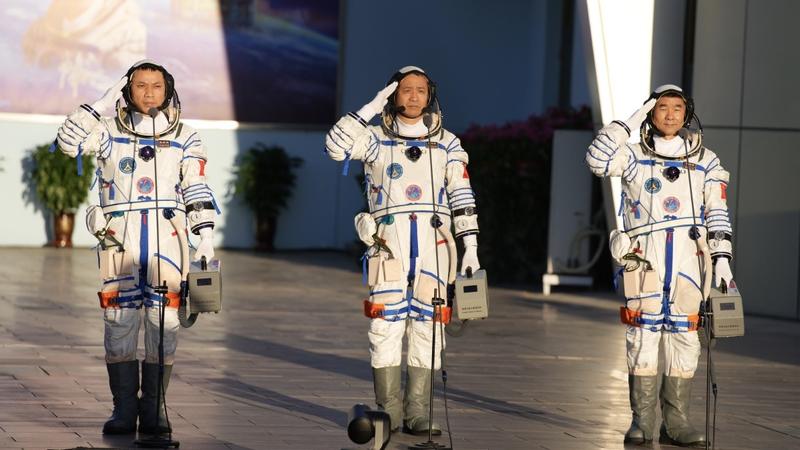 A see-off ceremony for three Chinese astronauts of the Shenzhou XII manned space mission is held at the Jiuquan Satellite Launch Center in Northwest China, June 17, 2021. (PHOTO FOR CHINA DAILY)

According to the China Academy of Space Technology (CAST), more than 160 large and small packages, including supplies for astronauts and space-science equipment, were delivered by Tianzhou-2 in late May.

The Tianzhou-3 cargo craft and the Shenzhou-13 manned spaceship will also be launched later this year to dock with Tianhe, and another three astronauts will then begin their six-month stay in orbit, according to the CMSA.

After the five launch missions this year, China plans to have six more missions, including the launch of the Wentian and Mengtian lab modules, two cargo spacecraft and two crewed spaceships, in 2022 to complete the construction of the space station.