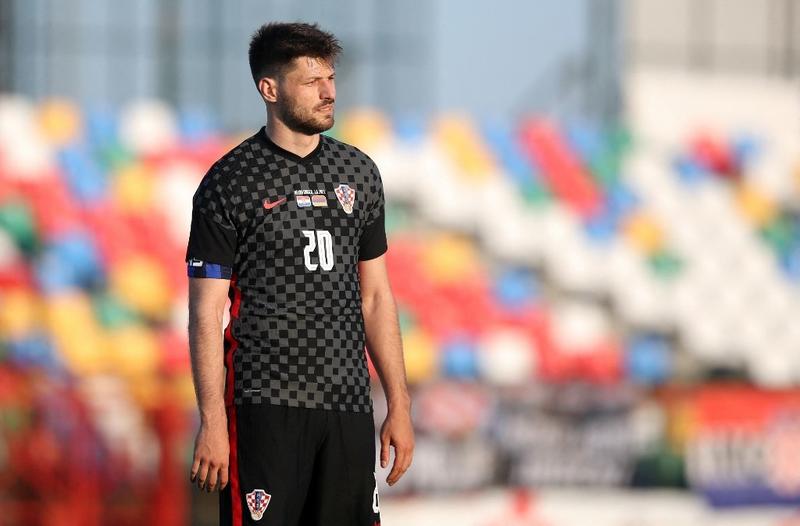 Croatia's forward Bruno Petkovic is pictured during a friendly football match between Croatia and Armenia at Velika Gorica, on June 1, 2021 as part of the team's preparation for the upcoming 2020-2021 Euro football tournament. (PHOTO / AFP)

Bruno Petkovic is hopeful that Dinamo Zagreb's stunning Europa League win over Tottenham Hotspur in March can inspire a carbon copy when Croatia take on England in their opening Euro 2020 Group D clash at Wembley on Sunday.

Croatian champions Dinamo beat Spurs 3-0 in the return leg of their round of 16 tie in Zagreb for a 3-2 aggregate win and Petkovic is likely to face off again with Tottenham's Harry Kane who missed a string of chances in that game.

"I'd love to get one over Harry again, it'd be great if we could pull it off at national team level too," the 26-year old striker told a news conference in Croatia's coastal training base of Rovinj on Thursday.

"I have very fond memories of that night as it was one of the brightest moments of my club career."

Petkovic was left with a huge pair of boots to fill after Mario Mandzukic retired from international football following Croatia's runners-up finish in the 2018 World Cup.

Criticised by domestic pundits for a series of goal-shy appearances, Petkovic said he was unfazed and confident he would have a good maiden international tournament.

"I've had a barren run but I believe that I am capable of playing well at Euro 2020. A responsibility rests on my shoulders of course but turning that into relentless pressure or stage fright will do no good.

"We are aware of England's roster and that every player on their team has a worthy substitute as they all play at top European clubs ... We are not focusing on any individual in particular as England have a squad full of outstanding players but we're also confident in our own ability."

Petkovic and midfielder Josip Brekalo were both asked to comment why Croatia have never taken a knee as part of a global stance against racism, including in Sunday's 1-0 friendly defeat by Belgium.

Instead of their reply, Croatia's Football Federation (HNS) spokesman Tomislav Pacak read a statement saying Croatia condemns discrimination but also respects individuals' and organisations' right to take a stand how they choose.

"The players of the Croatian national team jointly decided ahead of the match against Belgium that they will not take the knee and they respectfully stood in silence during the kneeling of their Belgian colleagues.

"The HNS will not impose taking the knee as an obligation for Croatian players as this gesture does not hold any symbolic ties to the fight against racism and discrimination in the context of Croatian culture and tradition."