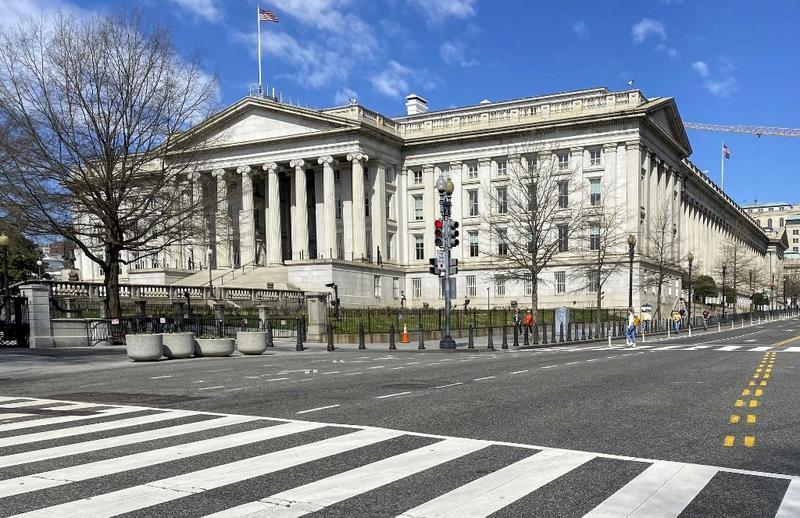 WASHINGTON - The United States said on Thursday it had removed sanctions on three former Iranian officials and two companies that previously traded Iranian petrochemicals, a step one US official called routine but that could show US readiness to ease sanctions when justified.

Speaking on condition of anonymity, the US official said that the moves by the US Treasury's Office of Foreign Assets Control (OFAC) were unrelated to efforts to revive Iranian and US compliance with the 2015 Iran nuclear deal.

The US Treasury said the delisting reflected "a verified change in behavior or status" of those sanctioned and "demonstrate the U.S. government's commitment to lifting sanctions in the event of (such) a change"

"Today, OFAC and the Department of State are also lifting sanctions on three former Government of Iran officials, and two companies formerly involved in the purchase, acquisition, sale, transport, or marketing of Iranian petrochemical products," the Treasury said in a statement.

It said the delisting reflected "a verified change in behavior or status" of those sanctioned and "demonstrate the U.S. government's commitment to lifting sanctions in the event of (such) a change."

A Treasury spokesperson said the three individuals had established "that they are no longer in their positions within entities affiliated with the Government of Iran," adding there was no reason to maintain sanctions on them.

The oil market briefly plunged after being spooked by media reports suggesting sanctions were lifted on Iranian oil officials, showing the potential impact of additional Iranian barrels if a deal is struck and sanctions lifted.

ALSO READ: Iran gears up for return to oil market as US talks advance

US and Iranian officials are expected to begin their sixth round of indirect talks in Vienna this weekend about how both sides might resume compliance with the nuclear deal, formally called the Joint Comprehensive Plan of Action (JCPOA).

Under the deal, Iran limited its nuclear program to make it harder to obtain fissile material for atomic weapons in return for relief from US, EU and UN sanctions.

Former US President Donald Trump abandoned the deal in 2018, arguing it gave Tehran too much sanctions relief for too few nuclear restrictions, and reimposed sanctions that slashed Iran's oil exports.

Iran retaliated about a year later by violating the limits on its nuclear program.

US President Joe Biden hopes to negotiate a mutual return to compliance, a task that requires defining the nuclear limits Iran will accept, the US sanctions to be removed, and how to sequence these.

Asked about the talks, State Department spokesman Ned Price told reporters: "We've made progress, but, and you've heard this before; challenges do remain, and big issues do continue to divide the sides."

READ MORE: US sees sixth round of Iran nuclear talks and likely more

The Treasury statement did not name the three former Iranian officials or the two companies dropped from its sanctions lists.

"This is just a decision by Treasury in the normal course of business – nothing to do with JCPOA," said the US official who spoke on condition of anonymity, describing it as the "regular process of delisting when (the) facts so dictate."