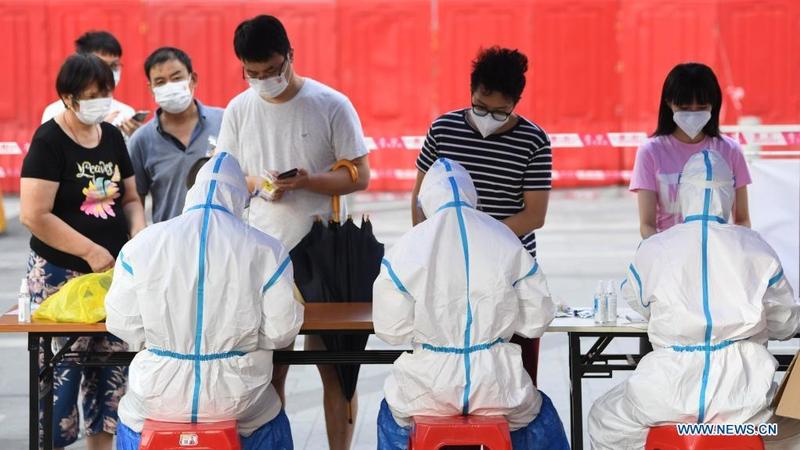 The same day also saw 13 new imported cases on the mainland. Of them, three were reported in Fujian, two in Shanghai, two in Guangdong, two in Sichuan and one each in Beijing, Jiangsu, Zhejiang and Yunnan.

Twenty-five new asymptomatic cases were registered, one of which was reported in Zhejiang, according to the National Health Commission

Nine new suspected cases arriving from outside the mainland were reported in Shanghai, the commission said, adding that no additional deaths were reported.

Twenty-five new asymptomatic cases were also registered, one of which was reported in Zhejiang and the other cases were imported from abroad, it said.

There were 426 patients still receiving treatment, 12 of whom were in severe conditions, according to the commission.

As of Thursday, there were 10 suspected COVID-19 cases on the mainland.

A total of 11,590 COVID-19 patients in the Hong Kong SAR had been discharged from hospitals following recovery, 51 in the Macao SAR, and 1,133 in Taiwan.

More than 845.2 million doses of COVID-19 vaccine had been administered across the mainland as of Thursday, the commission said.

A total of 622 million people had been vaccinated in China by Thursday, an official with the commission said at a press conference on Friday.