Writing a code of universal empathy 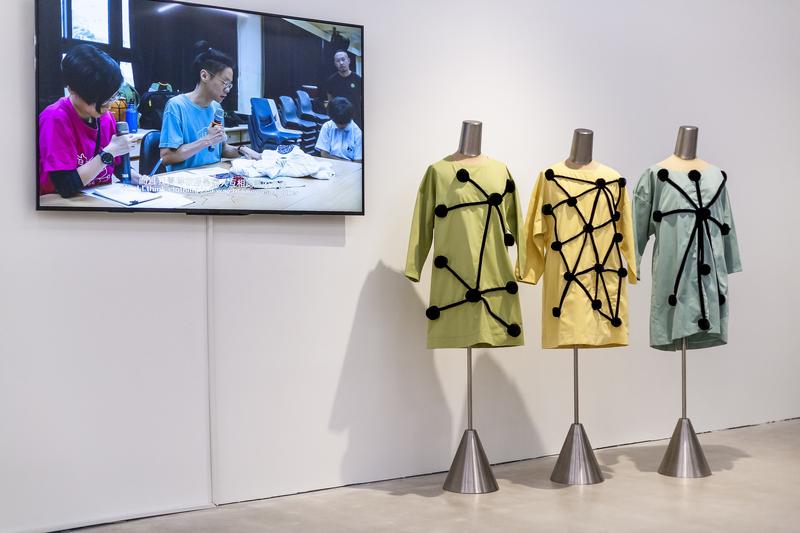 Garments to help the visually impaired get a sense of how the internet works. (PHOTO PROVIDED TO CHINA DAILY)

A child runs his fingers across the ridges and knots appliqued on to a piece of garment. His face lights up like a thousand-watt bulb and the smile has the power to melt the most hardhearted viewer in the room. The student of Hong Kong’s Ebenezer School and Home for the Visually Impaired has just figured out how data travels on the internet by touching specially designed garments.

The scene is from a video in an ongoing exhibition at the Centre for Heritage, Arts and Textiles (CHAT), titled Interweaving Poetic Code. It captures moments from a series of workshops given to the students of Ebenezer School by the artist and educator Taeyoon Choi, with support from CHAT’s Learning and Community team. 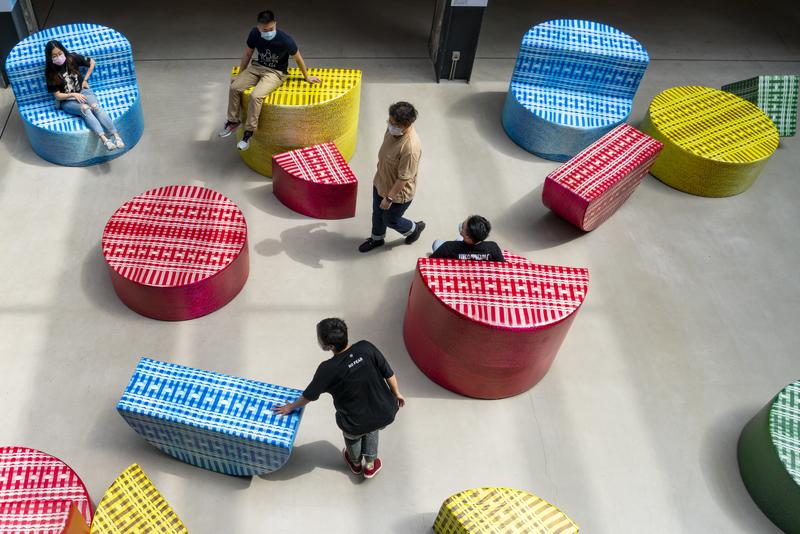 After COVID-19 struck, Choi, who is based in New York, continued meeting his Ebenezer School students online. In one of his workshops, students composed poems about their living spaces, used a handy tag to translate them into HTML, which, in turn, was interpreted in the form of graphics using ASCII coding. The patterns that emerged from this exercise have been adapted to make quilted laptop sleeves. It’s a coming full circle of sorts. The poems the Ebenezer students composed now exist in tactile and tangible form.

Choi, who has worked with hearing-impaired and physically challenged groups before, says he was “inspired by the curiosity of the students and how they use technology to connect with friends, navigate the city, and play video games.” 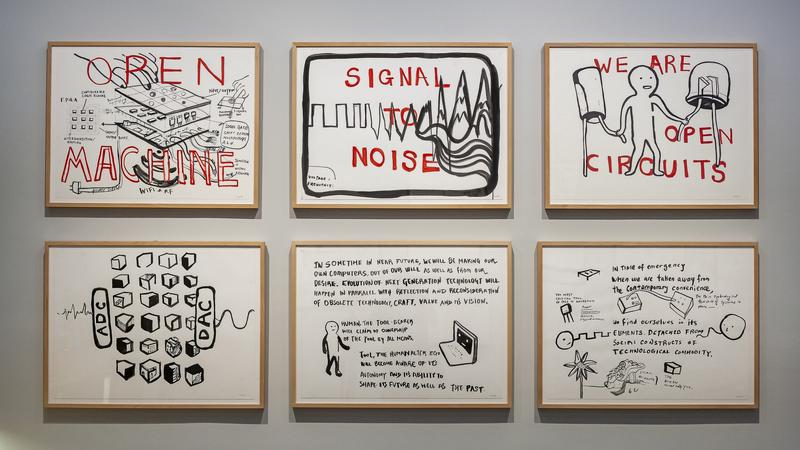 Choi trained in computer programing and digital media. His interest in the magic of warp and weft was stirred after meeting e-textile practitioners. Tasked with curating the Interweaving Poetic Code show, Choi had approached friends and collaborators from diverse fields and not necessarily with a textile background. For instance, the architect Andreas Angelidakis created a series of foam and printed vinyl seating modules of varied shapes and sizes, inspired by the humble bobbin. The colors are loud and cheerful. The patterns echo the binary code.

For a show that seems to want to showcase the synergies between complicated, and in some ways antithetical, ideas of textiles and computers, the tone has been kept delightfully light. Sound artist Christine Sun Kim, for instance, has created 20 charcoal sketches, creating a sense of linear progression in the display, on the lines of a comic strip. According to the artist, the images are variations on the idea of the future — represented by two semi-circles joined at the base but facing away from each other. The symbol of future goes through several mutations in successive images, with fun captions providing a hint on what they might suggest. 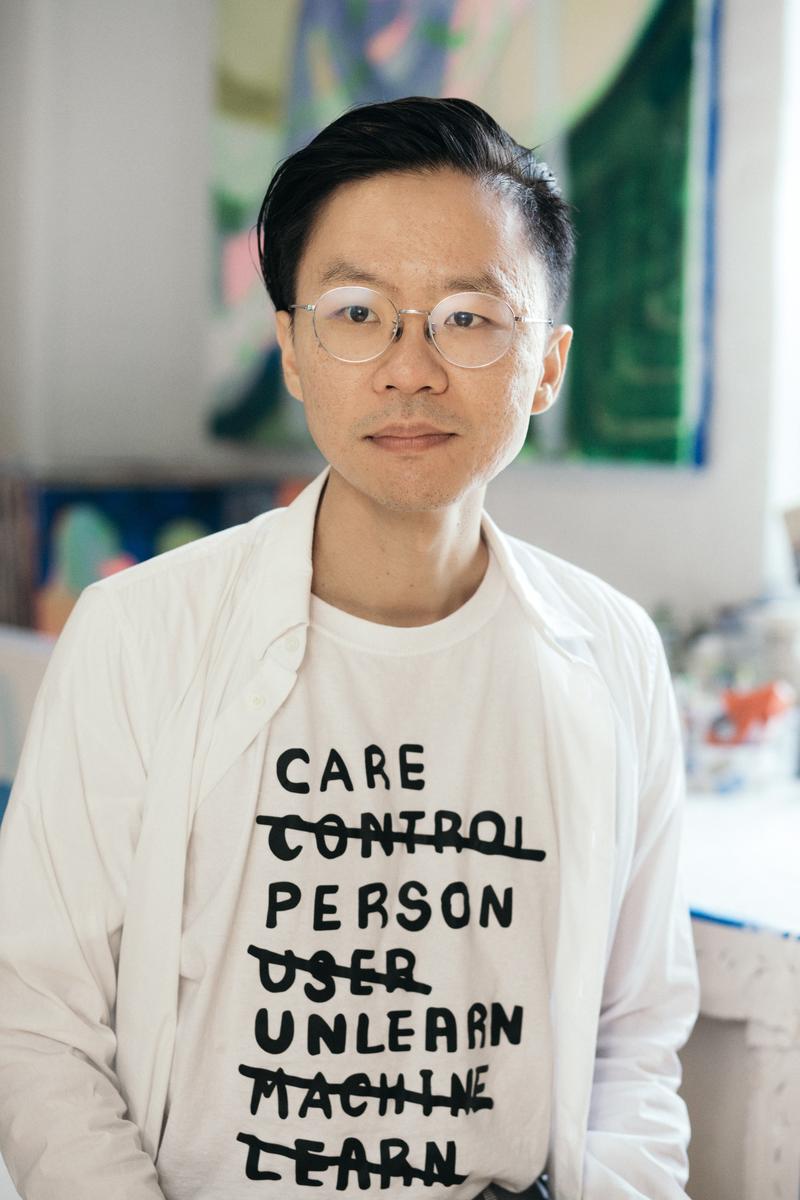 The light touch is also evident in Choi’s charming minimalist line drawings of human figures of which there are several in the exhibition, often presented together with slogans such as “Distribution instead of decentralization,” “Care instead of control” and “Information instead of data.”

Was he banking on the childlike simplicity and disarming appeal of these featureless figures to make technology more accessible, and less intimidating?

“I can’t draw realistic portraits,” says Choi, who also put together very basic, handmade computer models for the show — by way of staging a creative resistance “to the Capitalist logic of planned obsolescence” of the electronic gadgets of everyday use. “I prefer untrained aesthetics because it offers more room for play. At some point, you find the lines, shapes, colors that speak to you. And you discover your voice.”