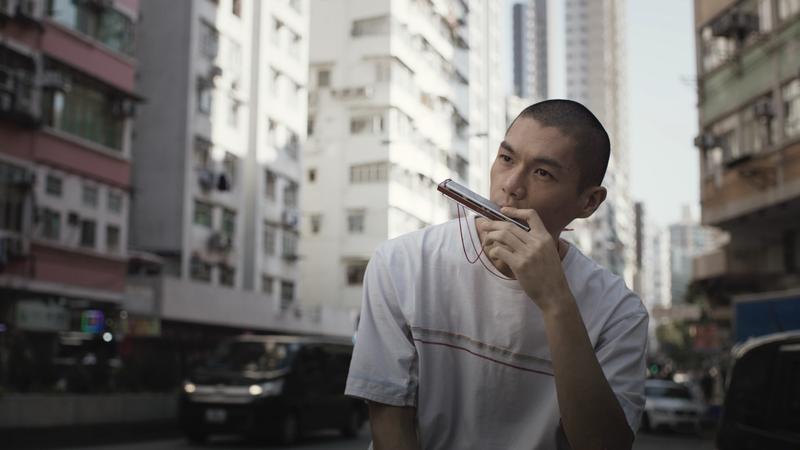 Jun Li’s directorial venture, Drifting (2021), features an ensemble cast of experienced theater professionals and emerging talents such as Cecilia Choi, Tse Kwan-ho and Will Or. (PHOTO PROVIDED TO CHINA DAILY)

I meet Hong Kong writer-director Jun Li  in a vaguely industrial shared workspace in Kennedy Town. He looks relaxed and put together. It’s hard to tell if his goatee grew by default during Hong Kong’s fourth COVID-19 wave or is simply a new look. His second film, Drifting, made its hometown debut at the Hong Kong International Film Festival in April. Now he’s in promo mode, talking about the film that was released in cinemas last week.

A Chinese University of Hong Kong journalism student not too long ago, Li made waves with his first short film, Liu Yang He, in 2017, which led to him being tapped to direct his first feature, 2018’s transgender drama Tracey. Though he was a relatively tender 25-year-old at the time, Li steered co-stars Ben Yuen and Kara Wai to Golden Horse, Asian Film and Hong Kong Film awards.

As Li is “always writing,” the seeds of Drifting were sewn back in 2012 while he was covering Sham Shui Po’s homeless as a journalism intern. He took a break to earn a master’s degree in gender studies from Cambridge, but the dynamic under the flyover had stuck with him. Back in Hong Kong and committed to filmmaking, Li wrote a script about a Chinese medic who regularly visited Sham Shui Po.

That project never happened, but by 2017, “I realized the whole atmosphere had changed. Before, everyone was sleeping in the open, and then because of the clearance and strained relations with neighbors, they started putting up fences,” recalls Li. “The community became more isolated, and by the same token a target for other street sleepers, and it got crowded. I saw a story in the community.” 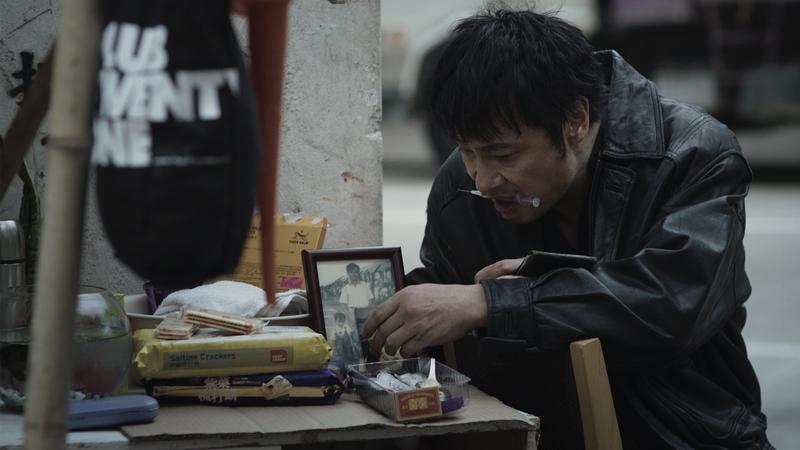 Drifting pivots on a group of homeless neighbors demanding compensation for their lost possessions after the Food and Environmental Hygiene Department swooped in and cleared the space of their possessions with no prior notice. Li had written about the incident at the time. The film takes care to make sure the audience identifies the plaintiffs in the case as street sleepers rather than homeless. They have a home: just not the kind respectable flat owners consider valid. Drifting is an appropriately discomfiting film; a fairly unflinching look at the people who get caught in the crossfire of so-called progress and development.

Li acknowledges the final script incorporated material from his news coverage, but some of the story’s content was ultimately filtered through the passage of time. “When you’re in university, when you’re 19, 20, 21, you experience things at a different magnitude,” he says. “Something that hits you hard then doesn’t now. I’ll admit I wasn’t prepared for the drug scene. When I went back I wasn’t a journalist, and I found everyone much more honest this time.”

Balancing authenticity and “watchability” was a factor Li has to contend with, particularly in light of the drug use depicted in the film. That makes it a harder sell in much of Asia, but addiction, mental health issues and poverty don’t make the claim at the heart of the story less legitimate.

“I have to be honest to the community and its reality,” argues Li. It’s a message too many are willing to overlook in favor of gentrification. 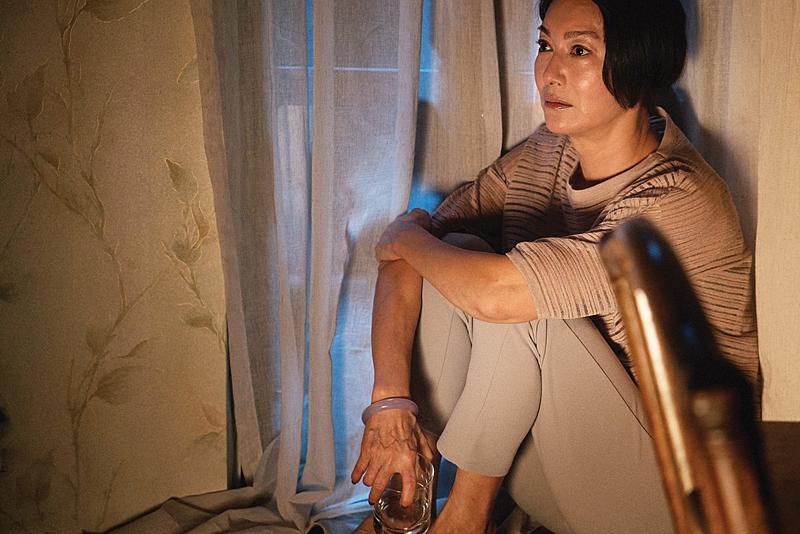 Drifting starts with freshly released convict Fai (Francis Ng) taking his meager belongings and heading to his old stomping grounds in Sham Shui Po to hunker down and find a home. He runs into a friend, Master (Tse Kwan-ho), scores some heroin, shoots up on the street and passes out. This is Fai’s life until the city decides the homeless community is an eyesore and tags everything Fai, Master, and the rest of the dispossessed as garbage to be disposed of.

Drifting relies on the community bond among the street sleepers, and so casting actors able to portray that connection through tone and rhythm was crucial. Li was fortunate to get an early commitment from lead actor Ng, an industry veteran and one of Hong Kong’s most versatile actors with a knack for forging empathy with unpleasant characters, be it icy hitmen (The Mission), down-on-their-luck salarymen (Men on the Dragon) or maniacal warlords (The Bride With White Hair).

“He replied almost immediately. He makes up his mind and tells you if he likes it or not, no hesitation,” recalls Li of pitching Ng the role. More importantly, “He understood my vision, what I wanted to do, right away. He read the script and never asked ‘Why?’ when it came to the street sleepers.”

Drifting has no flashbacks or backstories. Li stitched together a vivid cast of theater pros and emerging talent that effortlessly convey a family dynamic. Among the other vets are: The Mad Phoenix star Tse Kwan-ho as the elderly, gentle Master; Chu Pak-hong (My Prince Edward) in the role of the short-fused junkie Dai Shing; and Loletta Lee (Ordinary Heroes) as the motherly Chan Mui. Cecilia Choi (Beyond the Dream) plays the young social worker who does her best to help the street sleepers make their case, and the silent, sensitive Muk is played by up-and-comer Will Or (Weeds on Fire). 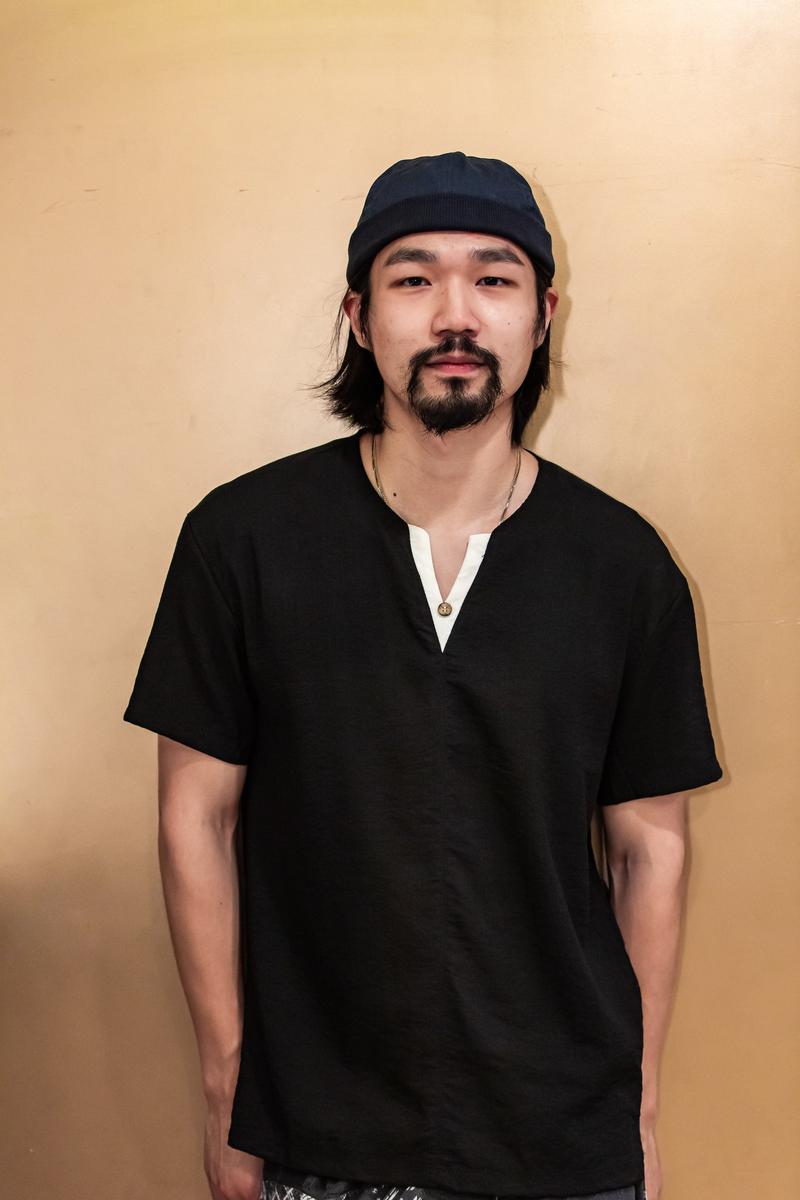 Writer-director Jun Li did not feel a need to give the unsympathetic central character in Drifting a backstory in order to rationalize the path he takes. (PHOTO PROVIDED TO CHINA DAILY)

Taken as a whole, Drifting demonstrates a major leap for Li as a filmmaker, who this time around put less emphasis on traditional narrative and exposition and more on considered emotions.

“In a very logical way, scriptwriting is all about cause and effect,” notes Li. “My producer (Man Pui-hing) kept asking, ‘What happened to Fai before the story?’ There were lots of possible choices, but ultimately I refused to explain Fai’s circumstances. It felt like if I gave the character a reason it would be superficial. People fight because they feel compelled to, and in the end, my producer respected that. The collective action is the film. Why they are all there is not.”

Drifting is hitting Hong Kong screens at a time when filmmakers are frequently turning their lenses on the most marginalized members of society, like the working poor “McRefugees” in Danny Wong Hing-fan’s I’m Livin’ It, and Fruit Chan’s forthcoming Coffin Homes, due for a release in August. As the wealth gap seems to widen, made worse by the pandemic, earning a living wage is a challenge and the fine line between having a place to live and not is becoming finer. The precarious nature of such existence is making its way to mainstream consciousness through cinema.

Li considers the trend, and Drifting’s part in it. Speaking purely for Hong Kong, he notes that past generations “were taught to embrace earning money, buying a home and having a family.” No young person he knows could expect to ever be able to own a home, he adds. It’s a reality that underpins the shifts we’re seeing in the world.

“The dream does not exist, and we’ve all started looking for alternatives. I think it’s just our reality now. We need to think about different ways of living,” Li says, adding, “It also suggests another form of family, one that’s chosen.”