While Hong Kong may have all the financial credentials to be a cryptocurrency hub, industry experts

While Hong Kong may have all the financial credentials to be a cryptocurrency hub, industry experts doubt that digital currencies will become popular, and warn that novice investors could get hurt. Zeng Xinlan reports. 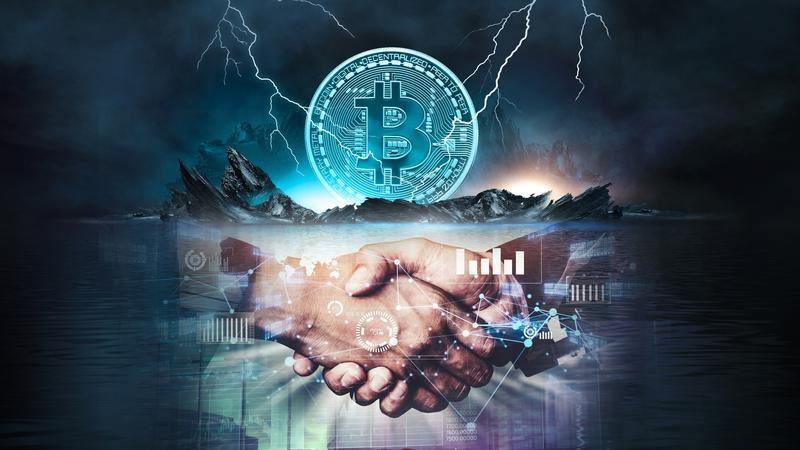 The cryptocurrency craze has had a roller-coaster ride, drawing millions of frenzied investors worldwide in the hope of making a fast buck. It has prompted regulators across the globe to act to prevent the overheated market from getting out of hand.

Hong Kong has had its fair share of the frenzy, forcing the city’s financial watchdog to enforce a comprehensive basket of crypto-related regulations in May to strengthen protection for investors and promote an orderly development of the market. With clearer and more effective policies, analysts believe Hong Kong, with its solid financial foundations, could emerge as a trading center for crypto assets.

“Hong Kong has everything. It has the right approach to regulations, along with a deep pool of seasoned financial professionals. It has great infrastructure. It has schools. It’s a place where people want to live,” said Walter Jennings, head of corporate communications at HashKey Group, a local fintech startup.

Investors should be super informed, and if you don’t know (about the products), please don’t buy. Make sure you do your study, make sure you understand it before jumping in

Industry experts believe the special administrative region, as a world financial hub, is poised to become a cryptocurrency pivot. “Hong Kong has the foundations to become an international digital currency hub,” said Henri Arslanian, a crypto leader and partner at PwC. “Digital assets are here to stay, providing the city with the opportunity to remain relevant as a financial services center in the coming decades,” he told China Daily.

“With its unique geographical location and as a financial center, Hong Kong can attract institutional and professional investors from around the world, covering both traditional financial and virtual asset industries,” said Zhang Li, chief financial officer of Huobi Technology — a Hong Kong listed company that provides virtual asset services.

Regulatory requirements, such as licensing needs, have become clearer and wholesome, she said.

The Securities and Futures Commission — the city’s financial regulator — has acted swiftly by requiring the trading of virtual assets at cryptocurrency exchanges to be licensed to combat money laundering and terrorist financing.

The commission said in May following three months of public consultations that trading should be confined to “professional investors” — individuals with more than HK$8 million (US$1.03 million) in assets under its rules. In Hong Kong, about 515,000 people, or less than 7 percent of the local population, were estimated to have HK$10 million in total assets last year, according to a Citibank report.

The Hong Kong government also plans to introduce an amendment bill based on these conclusions during the 2021-22 session of the Legislative Council.

“Such a regulation is certainly good for Hong Kong,” Jennings told China Daily, adding that rules provide certainty and security for institutional investors. “The clearer the regulatory framework, the clearer it is for investors and the future. We’re very pro-regulation.”

“Such regulations in Singapore and Hong Kong are relatively strict in fighting financial crime,” said Lu Fangzhou, an assistant professor at the Business School, University of Hong Kong.

The SFC also ruled that individuals who are non-compliant and involved in illegal activities shall be guilty of a criminal offense and subject to a maximum fine of HK$5 million and seven years’ imprisonment.

Cryptocurrency players and investors applauded the Hong Kong government’s move to check rogue parties as a means to protect consumers and promote the market’s orderly development. “We believe that regularization is an important trend for the development of virtual assets in Hong Kong,” Zhang said, adding that regulators could be more informed and deliver “well-thought-out policies” through consistent communication with industry leaders.

“I think regulating financial fraud and money laundering is a must,” a mainland-based retail investor who goes by the pseudonym Andy told China Daily.  “After P2P (peer-to-peer) lending died down, cryptocurrency fraud has become more common. Some of my friends have been victims of such scams. The money lost in these scams is even harder to recover than that in P2P lending,” he said. “I would like to see tighter control on this.”

Zhang said the virtual asset market is still in its infancy and improvements are needed in many aspects. He advised that retail investors should know clearly the risks they’re facing and their risk-tolerant capacity.

“No one should drive a car without first taking a course in driving. The same applies to digital currencies,” Arslanian said.

“Investors should be super informed, and if you don’t know (about the products), please don’t buy. Make sure you do your study, make sure you understand it before jumping in,” warned Angelina Agnes Kwan, chief operating officer and risk officer at Hashkey and also a former regulator at the SFC who helped craft the regulatory framework.

Andy said he expects to see continued volatility in cryptocurrency trading due to speculation in the immature market. “The high volatility is normal. I’ve chosen to stay out of margin trading, be prudent about my position and keep my budget low. A day in the cryptocurrency world is like one year in the real one.”

According to the latest report by CoinMarketCap, a global market research website, more than 10,000 different cryptocurrencies are traded publicly worldwide, with the total value of all bitcoins reaching more than US$730 billion — down from a high of US$1.2 trillion two months ago.

Cryptocurrencies have had a torrid few months, with bitcoin, the first of them, seeing its price almost halved by late May compared to its peak of US$64,860 a month earlier. According to CoinDesk, a bitcoin price index, more than US$500 billion in crypto wealth had evaporated amid a series of setbacks, including a refusal by US electric-car giant Tesla to accept bitcoins in its transactions, as well as the clampdown by Chinese regulators on crypto trading and mining.

Skeptics are worried that cryptocurrencies might turn out to be a functionally speculative bubble, or a Ponzi scheme that could end up hurting many immature investors.

“I don’t think bitcoins have much future prospects,” said Lu, who remains skeptical about the currency market frenzy. “Bitcoins cannot really do anything, except to provide an alternative to investment, or are rather speculative assets,” he said, noting that the time required for a bitcoin transaction makes it impractical as a means of payment. “It’s more like a beacon, suggesting a flourishing blockchain market.”

In fact, making transactions with cryptocurrencies has become very slow and costly, rendering them unsuitable for retailers and consumers often involved in small purchases. It takes about 10 minutes for a bitcoin transaction to be validated under the current bitcoin protocol, according to Blockchain, a crypto wallet. The average fee for each transaction was US$7.32 as of early June, according to CoinDesk.

Lu said he really doubts whether cryptocurrencies will become popular. “But I’m very optimistic about the prospects for the underlying technology, blockchain,” he said, noting that a blockchain-based stock exchange could conduct faster and more secure transactions.