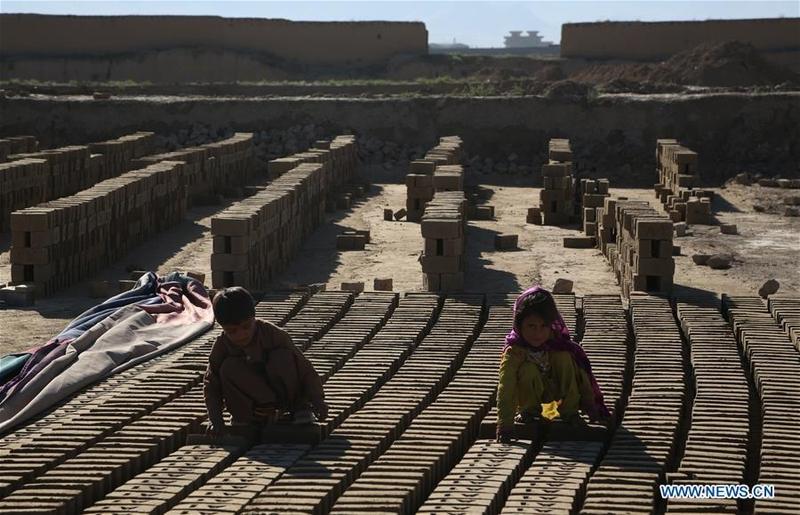 GENEVA - The number of children in child labor has risen to 160 million worldwide, an increase of 8.4 million children in the last four years, with millions more at risk due to the impacts of COVID-19, according to a report published on Thursday by the International Labour Organization (ILO) and the United Nations Children's Fund (UNICEF).

The report published by the International Labour Organization (ILO) and the United Nations Children's Fund (UNICEF) underlined a significant rise in the number of children aged 5 to 11 years in child labor, who now account for just over half of the total global figure

Released ahead of World Day Against Child Labor on June 12, the report - Child Labour: Global estimates 2020, trends and the road forward - warned that progress to end child labor has stalled for the first time in 20 years, reversing the previous downward trend that saw child labor fall by 94 million between 2000 and 2016.

"The new estimates are a wake-up call. We cannot stand by while a new generation of children is put at risk," said ILO Director-General Guy Ryder. "We are at a pivotal moment and much depends on how we respond. This is a time for renewed commitment and energy, to turn the corner and break the cycle of poverty and child labour."

The report also warned that globally, nine million additional children are at risk of being pushed into child labor by the end of 2022 as a result of the pandemic.

Additional economic shocks and school closures caused by COVID-19 mean that children already in child labor may be working longer hours or under worsening conditions, while many more may be forced into the worst forms of child labor due to job and income losses among vulnerable families, it said.

To reverse the upward trend in child labor, the UN agencies called for adequate social protection for all, increased spending on quality education and getting all children back into school, and an end to harmful gender norms and discrimination that influence child labor.