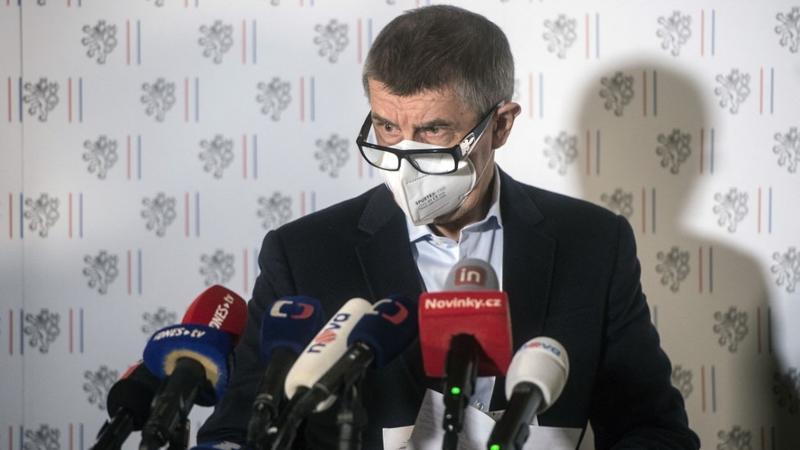 PRAGUE - The European Parliament on Thursday called for a halt in EU funding to the business empire of Czech Prime Minister Andrej Babis over alleged conflicts of interest.

The billionaire leader's firms are among the EU's largest recipients of farming subsidies, mostly payments given to farmers per unit of land, but also investment subsidies disbursed by national authorities and reimbursed from EU money.

Czech Primie Minister Andrej Babis' firms are among the EU's largest recipients of farming subsidies, mostly payments given to farmers per unit of land, but also investment subsidies disbursed by national authorities and reimbursed from EU money

Babis says he has shifted his assets to trust funds, meeting legal obligations.

The parliament's resolution, released on Thursday, does not lead to any direct action. But it calls on the European Union's executive, the European Commission, to take a further look at the situation and potentially even start procedures that could halt funding to the Czech Republic.

The resolution insists Babis either give up economic interest in his companies or they should not be given EU funding, or that the Czech leader leaves politics.

ALSO READ: Czech PM may be among first in crosshairs of new EU prosecutor

Babis rejected the resolution, accusing opposition parties of using the EU platform for their political aims ahead of an election in October.

"We are a sovereign country. It is a political struggle, there will be an election, and the European Parliament is trying to influence the election," Babis said in a briefing.

Babis's ANO party, hit by turning public opinion during more than a year of COVID-19 pandemic restrictions, is being closely challenged in the upcoming election by two opposition groups and has slipped from the top spot in polls.

ANO's main contender is the Pirate Party, whose MEP Mikulas Peksa said the conflict of interest was "not only a Czech problem, but a massive problem for the whole European Union".

In Wednesday's vote, 505 lawmakers supported the resolution, 30 were against and 155 abstained.

"(The EP) insists that further disbursement of funds, either from the EU or Czech national budget, to the companies ultimately controlled by Prime Minister Babis or Members of the Czech government must be halted until the cases of conflict of interests are fully resolved," the resolution said.

Babis, the country's fourth-richest person, built up his Agrofert group, a conglomerate of farming, chemicals, media and other firms, since the 1990s.

Agrofert called the resolution "an unprecedented intervention into the Czech Republic's business environment".

A European Commission audit released in April determined Babis was still in control of the Agrofert group through the trust funds and therefore in conflict of interest.