US, Russia send tough messages ahead of Biden-Putin summit 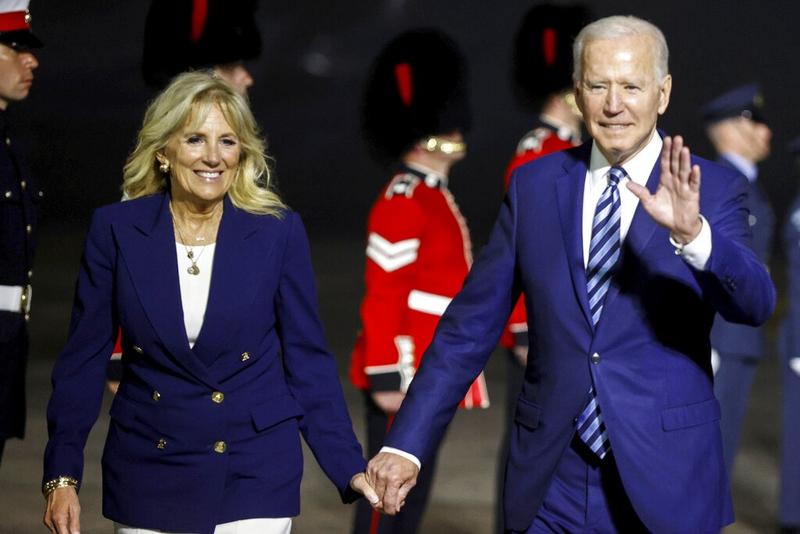 US President Joe Biden and first lady Jill Biden arrive at Cornwall Airport Newquay, near Newquay, England, ahead of the G7 summit in Cornwall, in the early morning of June 10, 2021. (PHIL NOBLE / POOL PHOTO VIA AP)

BEIJING - As US President Joe Biden began his visit to Europe, where he will meet with Russian President Vladimir Putin next week, the US and Russian sides sent tough messages to each other ahead of their upcoming summit.

Biden arrived in Britain on Wednesday, kicking off the first foreign trip of his presidency. Addressing US troops and their families at Royal Air Force Mildenhall base there, Biden said he would deliver a clear message to Putin.

We're not seeking conflict with Russia. We want a stable and predictable relationship. But I've been clear: The United States will respond in a robust and meaningful way if the Russian government engages in harmful activities.

"We're not seeking conflict with Russia," Biden said. "We want a stable and predictable relationship."

"But I've been clear: The United States will respond in a robust and meaningful way if the Russian government engages in harmful activities," he warned.

The ruling prevents those associated with Navalny's Anti-Corruption Foundation and his regional network from seeking public office.

Condemning the court's decision, US Department of State said in a statement that with this action, "Russia has effectively criminalized one of the country's few remaining independent political movements."

In March, Washington announced sanctions and restrictions against Russian individuals and entities over the alleged poisoning of Navalny.

The US intelligence community assessed that officers of Russia's Federal Security Service used a nerve agent known as Novichok to poison Navalny on Aug 20, 2020, according to a US senior administration official.

Russia has repeatedly denied such accusations, saying the Navalny case is a purely domestic affair and foreign intervention is not allowed.

Biden's first in-person meeting with Putin as president is scheduled to take place in Geneva, Switzerland on June 16, at the end of his eight-day trip to Europe.

During his trip, Biden is scheduled to visit Britain on June 9-13 to attend the Group of Seven (G7) Summit and hold bilateral meetings with leaders of G7 members.

He will then travel to Brussels, Belgium to participate in the NATO Summit, before meeting with Putin.

Ahead of the US-Russia summit, Biden on Monday reaffirmed his support to Kiev in a call with his Ukrainian counterpart Volodymyr Zelenskiy, in a bid to reassure Ukraine ahead of the summit.

Following the call, Russian Deputy Foreign Minister Sergei Ryabkov said on Tuesday that "irresponsible" US policy will lead to continued tensions in Ukraine.

There may be a chance at productive talks if the United States rises above its own interests and focuses on what is best for solving the Ukrainian crisis, Ryabkov said.