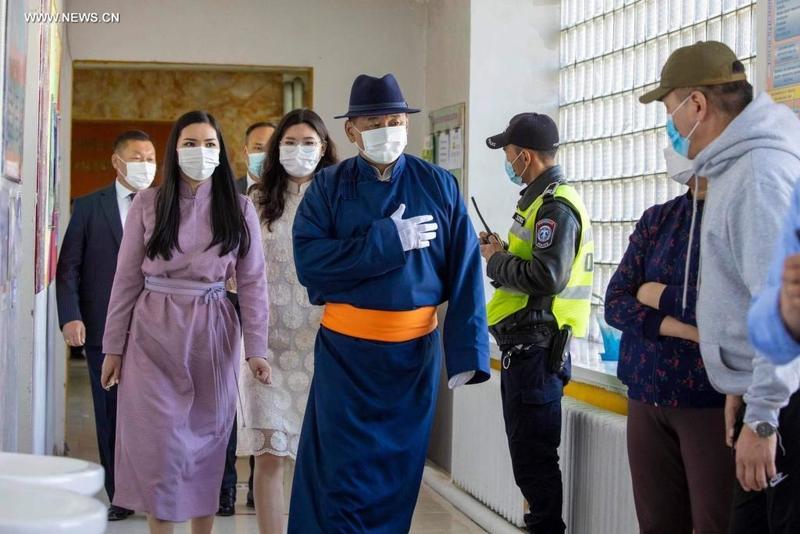 Khurelsukh, who was forced to resign as prime minister after protests earlier this year, comfortably defeated Sodnomzundui Erdene of the opposition Democratic Party and Dangaasuren Enkhbat of the Right Person Electorate Coalition in a national vote, the General Election Committee said.

Ukhnaa Khurelsukh's election is expected to give the ruling Mongolian People's Party more control over the levers of power, though he is obliged to relinquish his party affiliation as soon as he takes office

Despite the scale of Khurelsukh's victory, there were few signs of celebration in the capital Ulaanbaatar overnight, and the winning candidate said in a speech that the presidency was a "huge responsibility".

"I understand that all of the Mongolian people who voted in this election are expressing hope that we will complete the work we have started ... and that we will do more for our country," Khurelsukh said.

Khurelsukh will replace incumbent Khaltmaa Battulga, who was denied an opportunity to seek re-election following controversial changes to Mongolia's constitution that restricted presidents to one term in office.

His victory follows a low-key campaign marred by COVID-19 restrictions. Most outdoor events were cancelled on Saturday after the outsider candidate Enkhbat of the National Labor Party tested positive for the coronavirus.

Mongolia's hybrid political system gives its elected parliament the right to appoint governments and decide policy, but the president has the power to veto legislation and hire and fire judges.

With the presidency often controlled by the opposition party, the division of power has created political deadlock that some believe has held back Mongolia's development.

Khurelsukh's election is expected to give the MPP more control over the levers of power, though he is obliged to relinquish his party affiliation as soon as he takes office.

The Democratic Party campaigned under the slogan "Mongolia without Dictatorship," and Erdene warned that the country was sliding towards a one-party state.

It remains unclear what the MPP's consolidation of power will mean for Mongolia’s biggest foreign investment project, the Oyu Tolgoi copper mine run by Rio Tinto , which the government in Ulaanbaatar has sought to renegotiate as construction costs surge.