After more than a year and a half of mostly online, and sometimes hybrid, programming, West Kowloon Cultural District is back with a packed calendar of live shows, including three new productions that seem to take their cue from Hong Kong government’s Art Tech initiative. Chitralekha Basu reports. 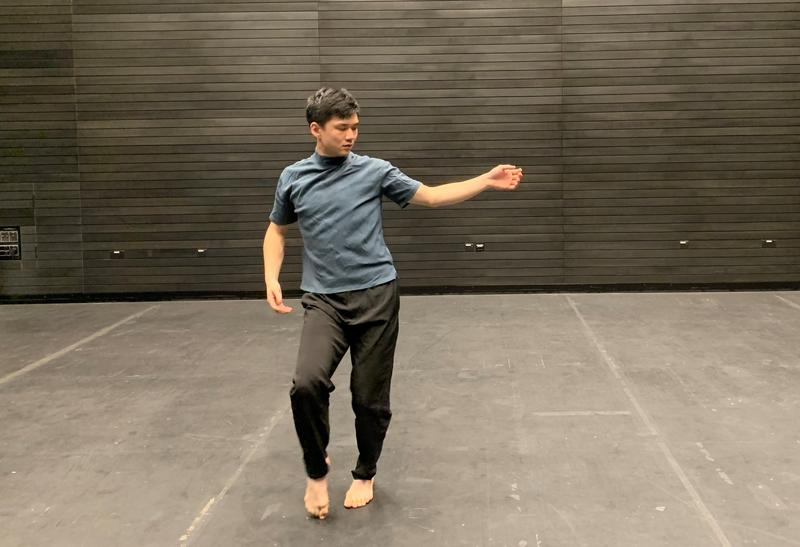 Members of the media were treated to a sneak preview of West Kowloon Cultural District’s upcoming performing arts season which kick-starts on June 26 with a showcasing of new works created by resident artists participating in the Choreographer and Composer Lab series. The newest edition of the program which has been running since 2016 will see choreographer Mao Wei respond to compositions by street musician Hakgwai, known for his use of indigenous instruments. Mao gave a solo recital, fishtailing his way across the dance floor, moving to an eclectic range of music pieces at least one of which had a middle-eastern flavor.

“One of West Kowloon’s core mission is that we support process,” says Alison M. Friedman, artistic director of the cultural quarter’s Performing Arts division. “In order for artists to have a creative breakthrough, you need R&D,” she says, reiterating West Kowloon’s “commitment to developing strategic R&D projects.” Audiences get a chance to find out about the processes involved in the dancer-musician collaboration in the post-performance sharing sessions. 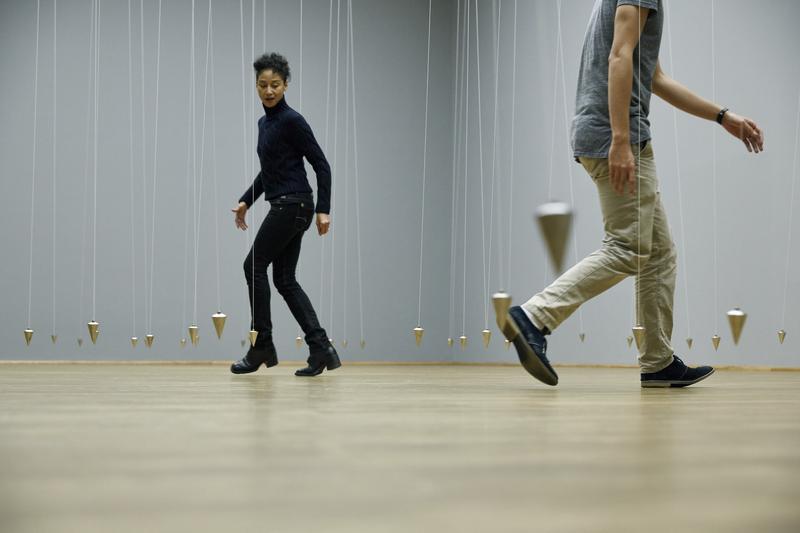 William Forsythe’s interactive installation, Nowhere and Everywhere at the Same Time No. 2, will have its Asia premiere in West Kowloon’s Freespace in July. (PHOTO BY DOMINIK MENTZOS, COURTESY OF THE ARTIST)

“West Kowloon is interested in every stage of the cycle of artistic development,” Friedman adds. “We work with the biggest names like Ryuichi Sakamoto (Japanese musician) and William Forsythe (American dancer-choreographer) and Helen Lai (Hong Kong dancer-choreographer and a founding member of City Contemporary Dance Company) and also mid-career artists, as well as students.”

Forsythe’s interactive installation, Nowhere and Everywhere at the Same Time No. 2, will have its Asia premiere at The Box in West Kowloon’s Freespace from July 4 to 19. The kinetic installation features hundreds of suspended pendulums, dancing to Forsythe’s tune. Audiences are invited to move around the space as they try to dodge the swaying pendulums or just watch from the sidelines.

“The artistic theory behind it is that choreography can happen in many ways. Any average person can come into the space and make a dance,” says Friedman who calls the installation Covid-proof, since it was set up on site entirely by Hong Kong technicians, with help from their German counterparts. Both sides connected through zoom calls. 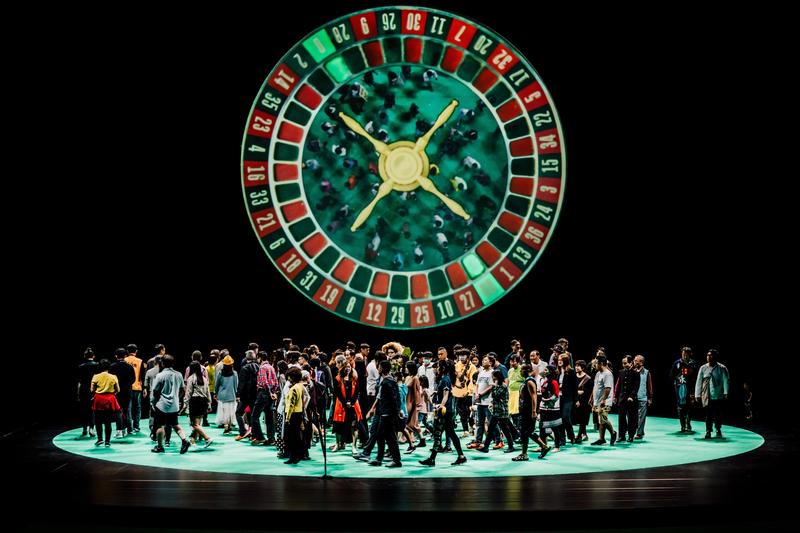 One of the other much-awaited “Covid-proof” shows happens later in the year, from October 29 to 31. The concept of 100% Hong Kong is by the German pioneers of interactive theater, Rimini Protokoll, who have collaborated with Hong Kong’s On and On Theatre Company to bring the show to the city. It features a hundred non-professional actors, representing the Hong Kong demographic in terms of age range and ethnicity. “For example, if Hong Kong is 52 percent women and 48 percent men, we need to have a similar representation on stage. It’s going to be an amazing celebration and reflection on our very diverse and vibrant city,” says Friedman.

The show was moved to the Grand Theatre in Xiqu Centre which being rather huge is more social-distancing-friendly. Actors wear masks during rehearsals and might even continue to do so during performance, depending on the city’s Covid situation at the time. In keeping with the local government’s guidelines, each performer is tested for Covid-19 on a regular basis. 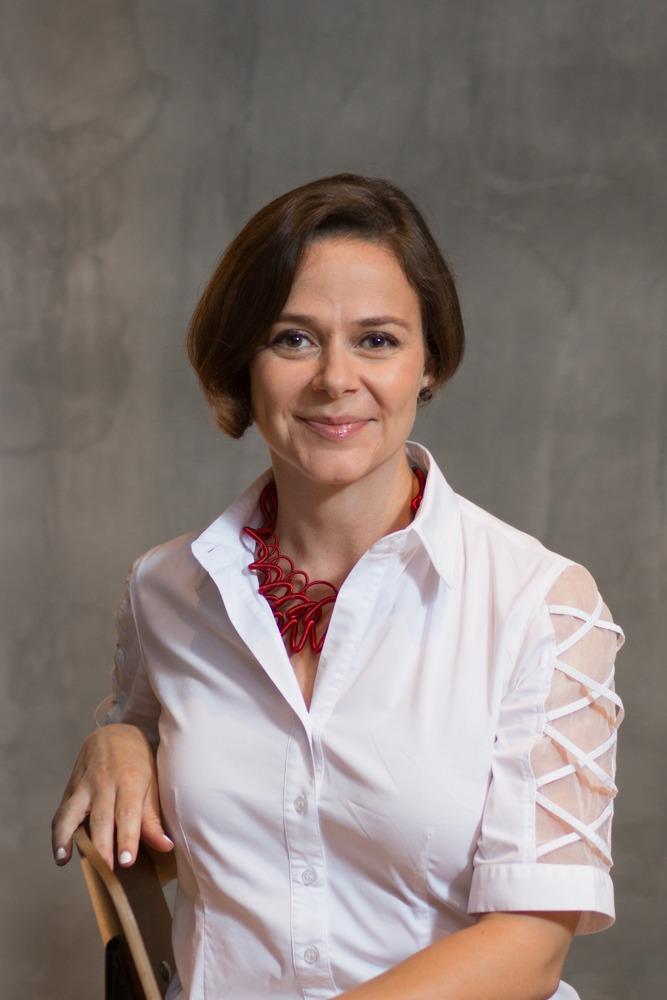 West Kowloon’s upcoming performance art season will also feature three newly-commissioned productions that seem apposite in the light of Hong Kong government’s pledge to support Art Tech development. These include Presence, created by Ivor Houlker, Michelle Hui, and Kenny Wong Chi-chuen. The show allows ticket-holders from anywhere in the world to control one of the robots interacting with the actors on stage. Chan Kwun-fee, Fiona Lee, AK Kan have collaborated on Only When You Sleep, It Works, which explores the possibility of achieving a collective unconscious through sharing of a specially-created soundscape.

“We have a five-year plan on future technology development,” says Paul Tam, executive director, Performing Arts, West Kowloon. “Our venues are state-of-the-art and we have been developing different technologies, from stage technology such as immersive sound system and body motion capture to distribution technology such as high-speed WiFi and broadband. We see our work from different perspectives via innovative Art Tech that excites the community both on-site and online. Art Tech not only creates many possibilities but most importantly helps artists realize their artistic dreams.” 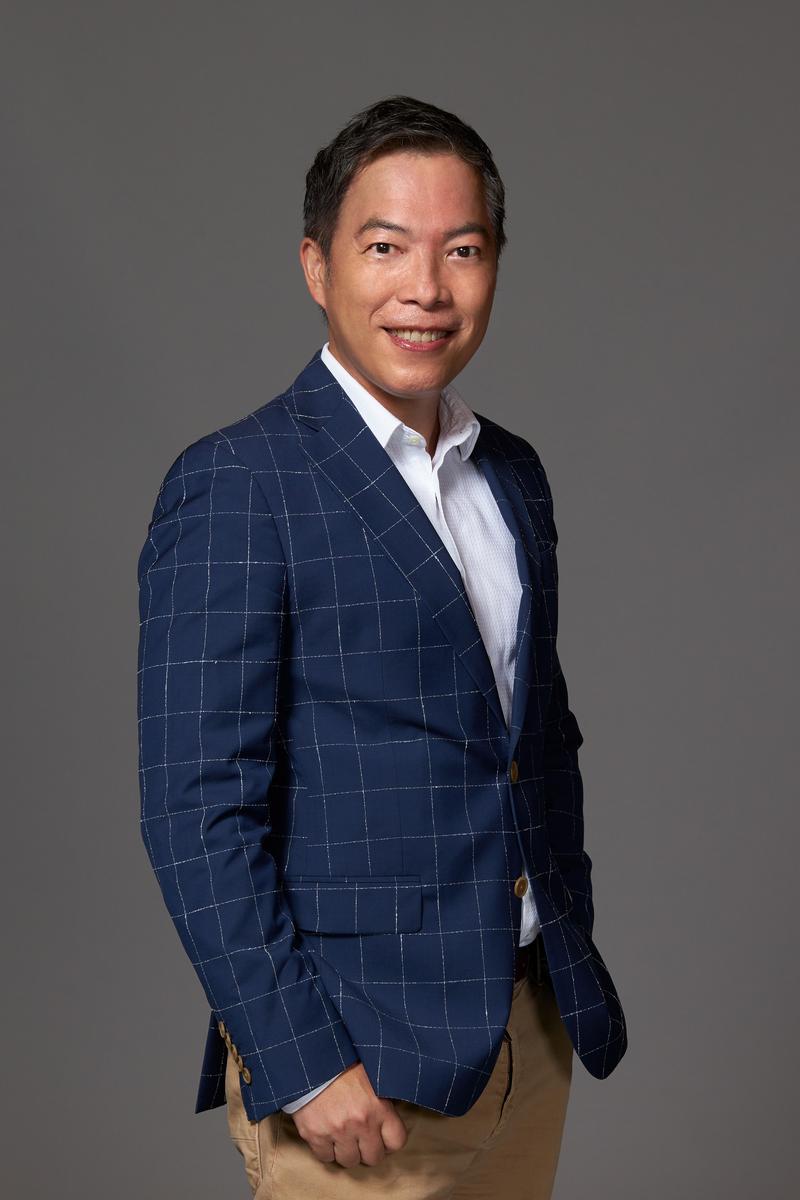 Since the Hong Kong Chief Executive Carrie Lam’s pledge to support Art Tech development in her 2020 Policy Address, there is, understandably, a renewed enthusiasm to jump on the bandwagon and explore the possibilities in this area. Experiments with technology on Hong Kong stage are not exactly new though. Theater directors of the city have been taking a stab at marrying art with technology since at least as early as 1983 when Zuni Icosahedron combined video installations, human action and puppetry in a production called Gathering.

Now any production house creating new work for the stage that employs technology in a major way will be expected to go beyond creating a spectacle and add to the audience’s understanding of the ever-changing dynamic between art and technology and how it reflects on the human condition. How the new tech-driven West Kowloon productions use the state-of-the-art technology at their disposal might be worth watching out for.