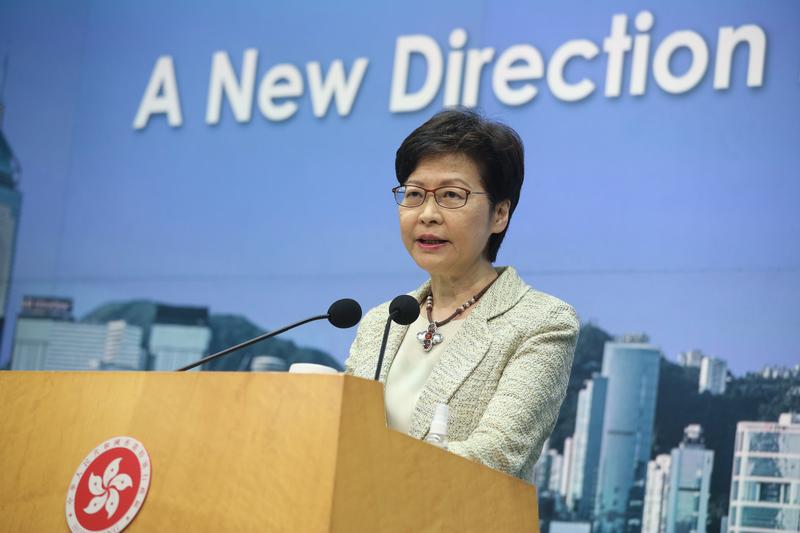 Hong Kong is reviewing a decision to make COVID-19 vaccinations mandatory for foreign domestic workers after the decision sparked discriminatory concerns in the Asian financial hub.

“It is something we have not done before,” Lam told reporters on Tuesday. “So after listening to voices in the society, I have requested the Labour and Welfare Bureau to review the justification, feasibility, and discuss with experts including consulates of relevant countries where the foreign domestic helpers mainly come from.”

The policy was not discriminatory, and the government still planned to complete mandatory testing of all domestic workers by May 9, she added.

The Philippine consulate in Hong Kong thanked Lam and her government for their “understanding and magnanimity” in a statement about the review. It encouraged all Philippine nationals in the city to get vaccinated.

City officials announced last week they would require foreign domestic workers, many of whom come from the Philippines and Indonesia, to undergo COVID-19 tests - and also get vaccinated if they wanted to renew their contracts. The announcement came after finding the first locally acquired case of a COVID-19 variant in a 39-year-old domestic worker living in the Tung Chung neighborhood.

Describing the city’s COVID-19 situation as “stable as a whole”, Lam said the government still aims to achieve “zero infections”. The target means at least 14 straight days of no local cases, a prerequisite the Chinese mainland and Macao often cite for the resumption of cross-boundary travel.

Asked by a China Daily reporter when vaccinated Hong Kong residents can go to the mainland without undergoing quarantine, Lam said there has not been a timetable despite the fact that non-residents will be able to enter Hong Kong from cities in Guangdong province in mid-May without quarantine.

“There is, at the moment, no reciprocal arrangement. … It is a question whether our anti-pandemic situation has reached a stage that the other side is willing and happy to allow access to Hong Kong people without being subject to the quarantine arrangement.”

With inputs from Agencies