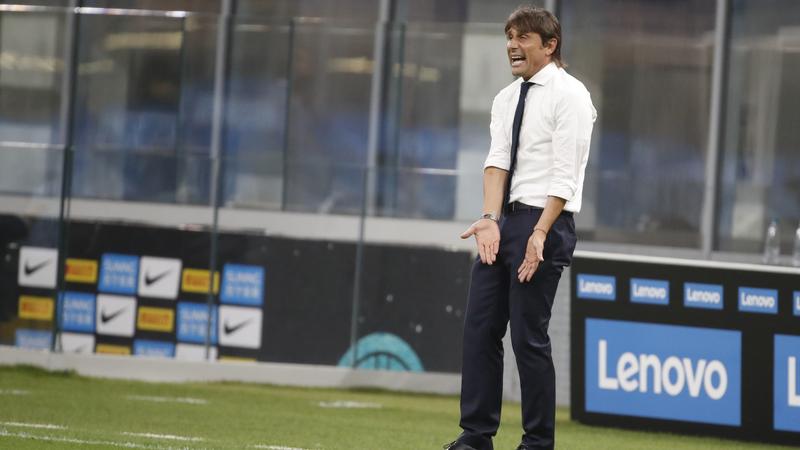 MILAN - Inter Milan CEO Giuseppe Marotta insists that Antonio Conte is worth every penny of a salary that makes him the highest-paid coach in Serie A.

Inter won their first league title in 11 years with four games to spare on Sunday, two years after the arrival of Conte who reportedly earns 12 million euros net per year, almost five times as much as the next highest-paid coach in Serie A.

“He was a winner as a player and as a coach, and he managed to transmit these values to the players, since none of them had ever won a title except Arturo Vidal at Juventus,” Marotta told Sky Italia.

“It is better to sign one less player but have a good coach. He has a salary that reflects the honours he has won.”

Inter won their first league title in 11 years with four games to spare on Sunday, two years after the arrival of Conte who reportedly earns 12 million euros net per year, almost five times as much as the next highest-paid coach in Serie A

Inter’s triumph ended Juventus’ nine-year reign as Italian champions, an era of dominance Conte played a major part in by leading the Turin club to the first three league titles of that run between 2011 and 2014.

The 51-year-old also won the 2016-17 Premier League with Chelsea, and enjoyed a glittering playing career with Juve.

The former midfielder won five Serie A crowns, the Champions League, the UEFA Cup and the Coppa Italia among other honours in Turin.

However, Conte’s future remains uncertain despite the title success, as the Italian club are struggling with financial issues as a result of the coronavirus pandemic.

Asked by RAI for a percentage chance of Conte staying on next season, Marotta said: “I hope 100 percent. We know we are in a difficult time for sport, not just football, and this inevitably affects the decisions of the big clubs.

“For example, we have lost around 70 million euros of income. This means our power in the transfer market will be reduced.

“There is no plan B,” he added. “There is a plan A and I think Conte can continue this adventure with us, he has a rapport with the fans and the club, these are fundamental aspects.”

But Conte, who has one year remaining on his contract, was less willing to give a definitive answer to the question.

“We have thought a lot about the present, leading Inter back to the title after so many years was too important,” he told Sky Italia.

“Now the club president is here and there are four games left. There will be time to talk together and understand the situation, to try and organise ourselves and see what comes from it.

“For now, I’m enjoying the moment with my family, the players and the club.”