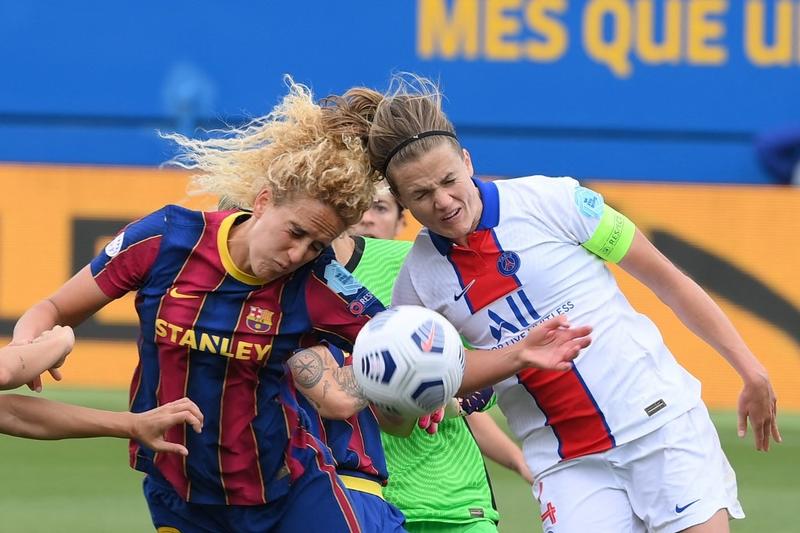 BARCELONA - Dutch winger Lieke Martens struck twice in the first half as Barcelona beat Paris St Germain 2-1 in the second leg of their Women’s Champions League semi-final to go through with a 3-2 aggregate victory.

Having secured a 1-1 draw in Paris, Barcelona, who will face either Chelsea or Bayern Munich in the final, opened the scoring through Martens in the eighth minute when she cut in from the left and curled a stunning strike into the far corner.

She made it 2-0 in the 31st minute when she rifled home Caroline Graham Hansen’s pass from close range.

Marie-Antoinette Katoto threw PSG a lifeline three minutes later, reacting quickest as the ball pinged around the Barca box to poke it home and leave her side chasing a second away goal.

However, it was Barcelona that went closest to scoring again and they could have killed the game off in the 69th minute when Jennifer Hermoso, who scored in the first leg, hit the post and Marta Torrejon looped a header onto the crossbar a minute later.

With PSG struggling to create goal-scoring chances, a stoppage-time free kick by Sara Dabritz was wasted when Irene Paredes was adjudged to be offside and beaten 2019 finalists Barcelona held on comfortably for the win.

The final takes place in the Swedish city of Gothenburg on May 16.