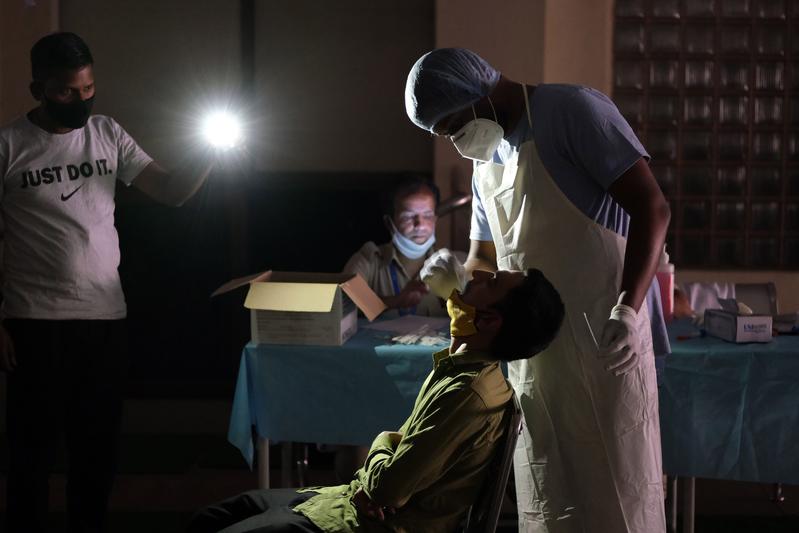 A health worker takes a swab sample under mobile phone torchlight during a power cut at a temporary COVID-19 testing site at the Jawahar Lal Nehru Stadium in New Delhi, India, on April 16, 2021. (PHOTO / BLOOMBERG)

India’s surging pandemic has forced both its financial and political capitals into lockdown, spurring a fresh exodus of migrant laborers fleeing the cities fearing vanishing jobs as panic rises over the ferocity of the country’s second COVID-19 wave.

The nation now has the world’s fastest-growing COVID-19 caseload, adding 259,170 new infections and 1,761 deaths on Tuesday, leaving it behind only the US in terms of total numbers. As virus numbers have soared more state governments have announced localized shutdowns to try and tamp down on the surge.

On Monday national capital New Delhi announced a six-day curfew after it reported more than 24,000 daily infections. The city is out of hospital beds, medical oxygen and drugs being used to treat the most critically ill patients. Hours after the announcement, reports began emerging of thousands of the city’s poorest workers converging at the main interstate bus terminals.

India now has the world’s fastest-growing COVID-19 caseload, adding 259,170 new infections and 1,761 deaths, leaving it behind only the US in terms of total numbers. As virus numbers have soared more state governments have announced localized shutdowns to try and tamp down on the surge

At Anand Vihar bus terminal in New Delhi, Sandeep Rai, a 30-year-old driver, was one of the thousands trying to leave the city on Tuesday. He was trying to make his way home to his village in the neighboring state of Uttar Pradesh. “I have just 100 rupees (US$1.34) left with me, and I don’t know how long this lockdown is going to last,” Rai said. “The landlord wants rent, there are power bills to paid, where is the money? It is true the government did ask us stay back, but can you trust the government? I can’t.”

The images were reminiscent of India’s first strict lockdown in late March last year where hundreds of thousands of workers fled cities as their daily wages dried up with just a few hours of notice. Many of these people have only just returned to the cities as the economy slowly began to pick up, only to be crushed again by this second wave. 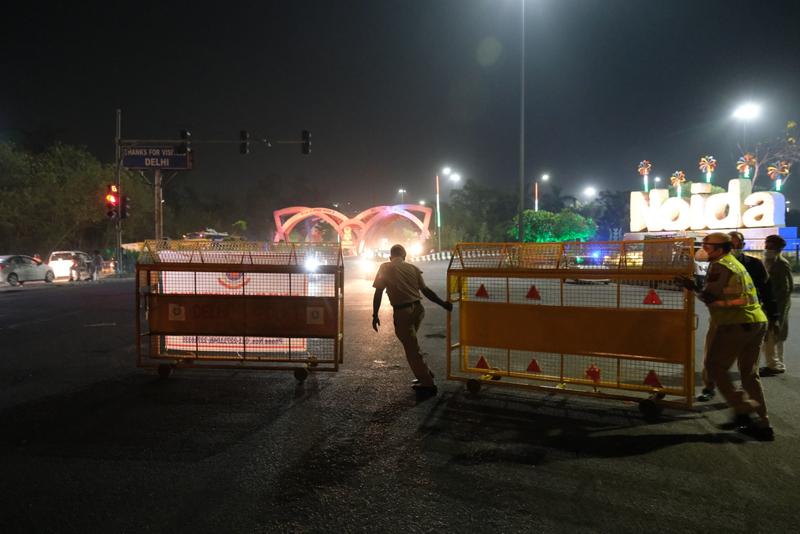 The exodus from the cities comprises migrants from villages and small towns who keep urban India moving while making less than US$2 a day -- construction workers, handymen, food sellers, truck drivers and household help.

“Last year when there was a lockdown we saw migrant labor leaving the city,” Delhi’s Chief Minister Arvind Kejriwal. “I want to especially appeal to them with folded hands -- this is a small lockdown. Only six days. Don’t leave Delhi. I want to reassure you the government will take care of you.”

Maharashtra, India’s wealthiest and most industrialized state, has seen migrant laborers leave the city since authorities issued work-from-home orders early this month. This despite the government saying it will spend 54 billion rupees (US$716 million) to support its vulnerable citizens.

Mumbai alone has more than 8 million migrants from other areas of the country, according to the 2011 census, most of whom work in the informal sector as rickshaw drivers or food-cart vendors and an enforced lockdown risks robbing them of weeks of pay.

“I can’t protect your livelihoods right now but I will ensure you won’t be hungry,” Chief Minister Uddhav Thackeray said in a televised address. “We are focused on saving lives. That’s my most important goal.” 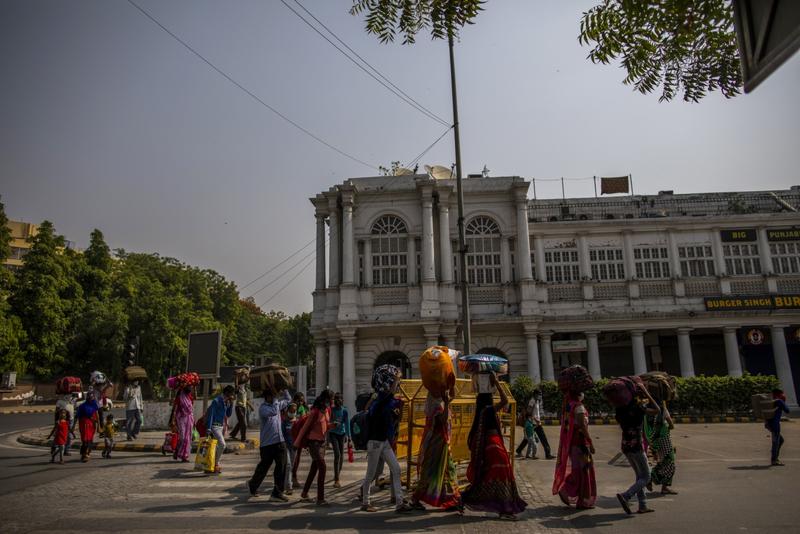 Migrant workers and their families carry their luggage while walking through a near-empty Connaught Place during a partial lockdown imposed due to the coronavirus in New Delhi, India on May 14, 2020. (PHOTO / BLOOMBERG)

India's Prime Minister Narendra Modi, under fire for continuing to hold mass election rallies while the country’s hospitals were sounding the alarm over severe shortages of beds and oxygen, met with government officials Monday to discuss the growing health crisis

While the labor migration this time around may not be as bad as last year, when the entire country was under strict lockdown “the vulnerability in labor market still persists,” said N.R. Bhanumurthy, vice chancellor of Bengaluru Dr. B.R. Ambedkar School of Economics University. “Because of lack of robust recovery from last year’s slowdown, ultimate effect is felt on labor market. Public policy needs to refocus on that.”

As more cities and states have issued stay-at-home order or other movement restrictions job losses in India have begun to tick up. Urban unemployment jumped to 10.72 percent for the week ending April 18 from 7.21 percent two weeks ago, according to data from the Centre for Monitoring Indian Economy Pvt. Ltd.

Prime Minister Narendra Modi, under fire for continuing to hold mass election rallies while the country’s hospitals were sounding the alarm over severe shortages of beds and oxygen, met with government officials Monday to discuss the growing health crisis. His administration later announced it would expand its vaccination campaign to all citizens above 18 years, and relax the rules for the procurement of inoculations.

“The government has been working hard from over a year to ensure that maximum numbers of Indians are able to get the vaccine in the shortest possible of time,” Modi said late Monday, noting manufacturers had been provided with incentives to further scale up production.