By ​Jan Yumul in Hong Kong 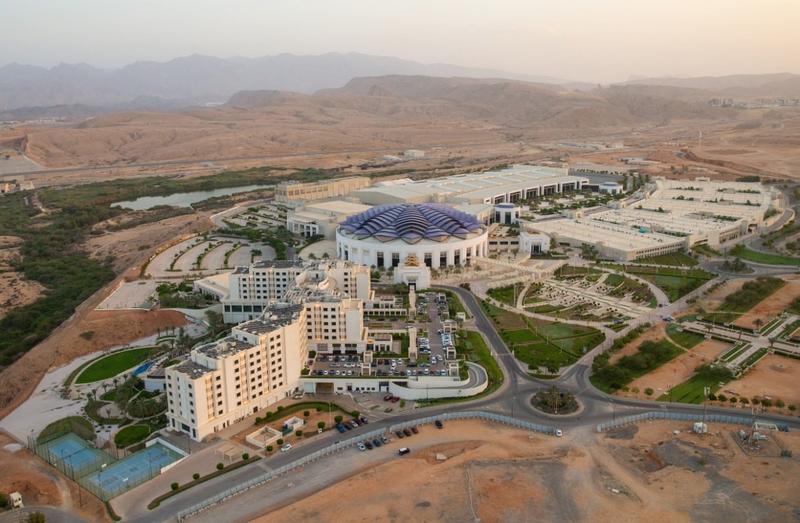 Revitalizing the pandemic-hammered tourism sector will continue to be a key focus of Oman as it boosts cooperation with China, while digital economy-related initiatives also increasingly come into play in their mutual exchanges, analysts said.

Oman, a part of the league, said it was opening all its sectors to Chinese investments, with tourism, information technology and human resources seen among the areas offering good scope for greater engagement with China.

Norafidah Ismail, a lecturer at the School of International Studies at Universiti Utara Malaysia, or UUM, said cooperation on digital economy between China and Oman “is imperative and urgent

Norafidah Ismail, a lecturer at the School of International Studies at Universiti Utara Malaysia, or UUM, said cooperation on digital economy between China and Oman “is imperative and urgent”.

“The call of Chinese foreign minister (Wang Yi) on Oman to jointly work (on) China-Arab data security cooperation is practical. One of the many reasons, according to the foreign minister, is to highlight the importance of developing countries during the rule formulation regarding global digital economy,” Ismail said.

During a visit last month, Wang said he hoped that China and Oman would jointly implement the data security pact “to help raise the voice of developing countries” in formulating the rules governing the global digital economy.

China and the 22-member League of Arab States inked a data security pact on March 29, a landmark move aimed at upgrading their digital ties and building on increasing collaboration against cyber threats and promoting technology development.

Besides virtual connectivity, China and Oman agreed to a visa-free arrangement, with the partnership also witnessing signing of agreements on culture, media and health.

Dubai-based Froilan Malit Jr, a Middle East migration specialist from the University of Cambridge in the UK, said the visa-free arrangements between China and Oman “reflect their deepening interstate diplomatic relations”.

READ MORE: Oman to get its first crown prince in constitutional overhaul

As most Persian Gulf nations have increasingly liberalized their immigration policies, “Oman's response is not an outlier”, said Malit. “It reflects Oman's strategic attempt to encourage more immigration (and) tourism.”

“Tourist migration is a powerful tool to generate state revenues, enhance the local economy, and bind interstate and citizen relationships,” he added.

Maya Senussi, a senior economist for the Middle East at Oxford Economics, said leaving aside pandemic-related adjustments, entry requirements between Oman and China have been progressively eased over the last few years, and the reciprocal visa-free arrangement “is a natural step to pursuing deeper ties”.

Oman is China’s fourth largest Arab trading partner, with trade between the two nations hitting almost $19 billion in 2020, according to data from China’s Ministry of Commerce.

In its April economic update on the Gulf Cooperation Council region, the World Bank said Oman’s overall growth is estimated to have contracted by 6 percent in 2020, mainly driven by more than 9 percent contraction in non-oil GDP as lockdown measures weighed heavily on domestic demand “where tourism and services sectors have suffered the most”.

“The tourism sector has been a key driver of Oman’s diversification drive and it will remain a priority even if it takes time to return to pre-crisis levels,” said Senussi.

“The number of inbound travelers from China was on the rise pre-pandemic and tapping into this important growth market is the key to helping invigorate Oman’s tourism and hospitality sector,” she said.

Last year, ahead of the Arabian Travel Market, a tourism event annually organized in Dubai, data showed that Oman was expected to welcome more than 75,000 Chinese tourists by 2023, as GCC countries were becoming a favored destination.

"Assuming (the) COVID-19 pandemic would be completely under control through massive vaccination programs, the agreement could spur people-to-people movement beyond national borders — in this case between China and Oman. For the people in these two countries, the agreement offers real benefits,” said UUM’s Ismail.

However, she added, the recovery of the tourism sector is “not entirely dependent on the visa-free deal” but how effectively COVID-19 passports and other health screening procedures are enforced among all countries across the globe.

COVID-19 passports refer to digital proof of vaccination for international travellers, an arrangement that many countries are looking at as contemplate ways to reopen their borders in a safe manner.

“China-Oman cooperation in the health sector seems new, yet critically important for both countries. China, in particular, has been very generous in offering its medical assistance to Oman during the pandemic,” said Ismail.

Patrick Cooke, managing editor for the Middle East and Asia at Oxford Business Group, a global publishing, research and consultancy company, said while every country has an interest in allowing international travel to resume safely, there are ethical concerns about the creation of a two-tier system “where travel is reserved for a privileged few”.

He was referring to the controversy over the so-called vaccine passports, which are being opposed by some rights activists on the grounds that they will lead to discrimination and create a new divide in the world.

“However, the main focus should be on making the global vaccine rollout more equitable to enable an inclusive and sustainable global recovery and to reduce the risk of new variants emerging,” Cooke said.