Top diplomats from India, Pakistan in UAE for bilateral meetings 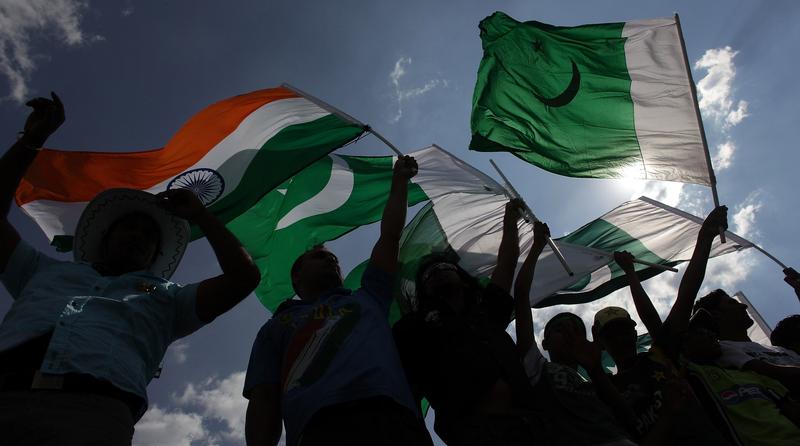 Pakistani fans wave flags during The ICC Champions Trophy Group A Match between India and Pakistan on Sept 26, 2009 at The Supersport Stadium in Centurion, South Africa. (JULIAN HERBERT / GETTY IMAGES)

The foreign ministers of India and Pakistan will be in the United Arab Emirates Sunday to meet separately with their Emirati counterpart, weeks after it was revealed that the Gulf monarchy had brokered secret talks between the arch rivals.

Over the years, India and Pakistan have routinely made peace overtures only to have them quickly fall through, particularly as both sides frequently use the issue to stir up emotions around election time

Both will meet Foreign Minister Sheikh Abdullah bin Zayed Al Nahyan and other UAE dignitaries, however there will be no meeting between Qureshi and Jaishankar, their respective spokesman said late Saturday.

“Pakistan has never shied away from talks with India and has always underscored the need for a meaningful dialog and peaceful resolution of all outstanding disputes, including the core issue of Jammu and Kashmir,” Zahid Hafeez Chaudhri, spokesperson of the Ministry of Foreign Affairs, said on April 16.

The visit comes after Prime Minister Imran Khan’s cabinet reversed a move earlier this month by the government’s economic committee to import cotton and sugar from India. Pakistan Interior Minister Shaikh Rashid Ahmed said any resumption of trade with India is linked to the resumption of autonomy for the disputed region of Kashmir.

Jaishankar’s trip to the UAE is purely bilateral, his spokesman said, where pressing economic and community welfare issues related to the COVID-19 situation.

Over the years, India and Pakistan have routinely made peace overtures only to have them quickly fall through, particularly as both sides frequently use the issue to stir up emotions around election time.