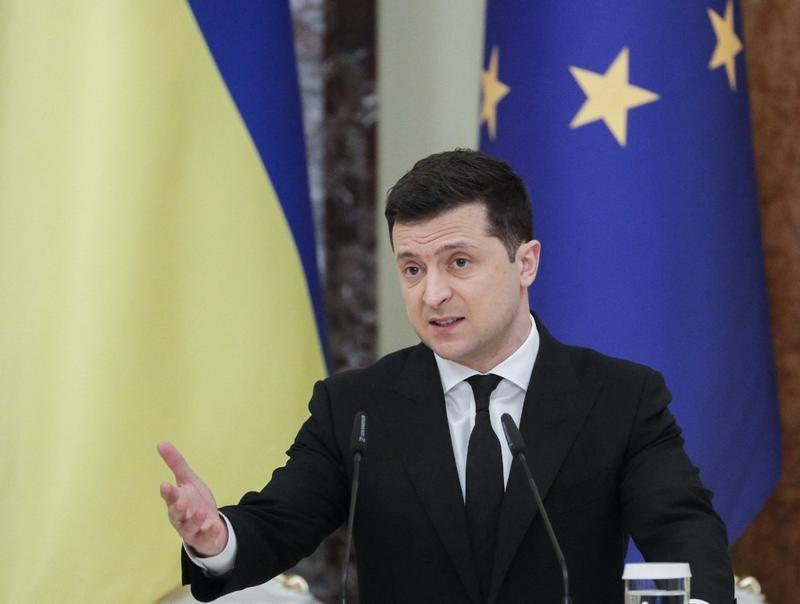 KYIV - President Volodymyr Zelenskiy said he was visiting eastern Ukraine on Thursday, following a rise in tension with Russia over a long-running conflict.

Kyiv has raised the alarm over a buildup of Russian forces near the border between Ukraine and Russia, and over a rise in violence along the line of contact separating Ukrainian troops and Russia-backed separatists in Ukraine’s Donbass region.

As the Supreme Commander-in-Chief, I want to be with our soldiers in the tough times in #Donbas. Going to the locations of the escalation.

Russia says the troop movements are defensive and a senior Russian official has said Moscow has no plans to intervene in the conflict in eastern Ukraine that began in 2014.

“As the Supreme Commander-in-Chief, I want to be with our soldiers in the tough times in #Donbas. Going to the locations of the escalation,” Zelenskiy wrote on Twitter.

Mykhailo Podolyak, an adviser to Zelenskiy’s chief of staff, told Reuters that the president wanted to “directly assess the situation on the spot.”

Zelenskiy called on NATO on Tuesday to lay out a path for Ukraine to join the Western military alliance. His comments drew an immediate rebuke from Moscow, which said Kyiv’s approach to NATO could further inflame the situation.

Ukraine and Russia have traded blame for the increase in violence in the conflict, which Kyiv says has killed 14,000 people since 2014. Russia, which annexed Crimea from Ukraine in 2014, has denied sending troops and heavy weapons to Donbass.

Ukrainian government forces and pro-Russian separatists accuse each other of breaching a ceasefire in Donbass. Zelenskiy said this week that 24 Ukrainian servicemen had been killed so far this year.

Another Ukrainian serviceman were killed in shelling by separatist forces on Thursday morning, bringing the number of deaths to five in the past three days, the Ukrainian military said.

READ MORE: US, Russia in tussle over eastern Ukraine tensions

“R.I.P. to the 23-year-old soldier who was shot last night. Ukraine needs peace and will do everything for this,” Zelenskiy wrote on Twitter.