US, Iraq agree to redeploy US-led coalition forces outside Iraq 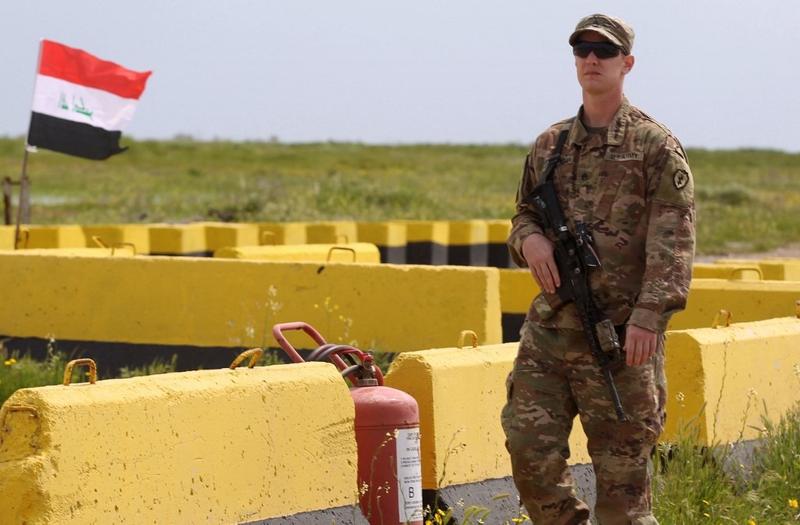 In this file photo taken on March 26, 2020, a US soldier walks at the Qayyarah air base before a planned US pullout. (PHOTO / AFP)

BAGHDAD - The United States and Iraq agreed on Wednesday to redeploy the remaining US-led coalition combat troops outside Iraq in light of the increasing capacity of the Iraqi security forces in fighting against the extremist Islamic State (IS) group, said in a joint statement on the US-Iraq Strategic Dialogue.

The Iraqi parliament passed a resolution on Jan 5, 2020, requiring the government to end the presence of foreign forces in Iraq

The strategic dialogue via video teleconference, which was held in accordance with the Strategic Framework Agreement signed in 2008 between the two sides, also covered security and counterterrorism, economics and energy, political issues, and cultural relations, according to the statement.

It said the two sides "reaffirmed their mutual intention to continue bilateral security coordination and cooperation," stressing that the redeployment of the US and coalition forces is based on "the increasing capacity of the Iraqi forces."

"The mission of US and coalition forces has now transitioned to one focused on training and advisory tasks, thereby allowing for the redeployment of any remaining combat forces from Iraq, with the timing to be established in upcoming technical talks," according to the statement.

The Iraqi government in turn committed to protecting the international coalition personnel, convoys, and diplomatic facilities, it said, adding that the two sides emphasized that the current military bases, on which US and coalition personnel are present, are Iraqi bases and their presence is only for supporting Iraq's efforts in the fight against the IS group.

The relation between Baghdad and Washington strained after Jan 3, 2020, when a US drone struck a convoy at Baghdad airport, which killed Qassem Soleimani, former commander of the Quds Force of Iran's Islamic Revolution Guards Corps, and Abu Mahdi al-Muhandis, deputy chief of Iraq's paramilitary Hashd Shaabi forces.

The Iraqi parliament passed a resolution on Jan 5, 2020, requiring the government to end the presence of foreign forces in Iraq.

The US airstrike also pushed unidentified militias to launch a series of rocket and mortar attacks on Iraqi military bases housing US troops across Iraq, as well as the US embassy in the Green Zone in central Baghdad.

The tension pushed the two sides to launch sessions of strategic dialogue starting from last June 12, and the United States pledged to cut its troops in the country.

US-led coalition forces have been deployed in Iraq to support the Iraqi forces in the battles against IS militants, mainly providing training and advising to the Iraqi forces.