By Oswald Chan in Hong Kong 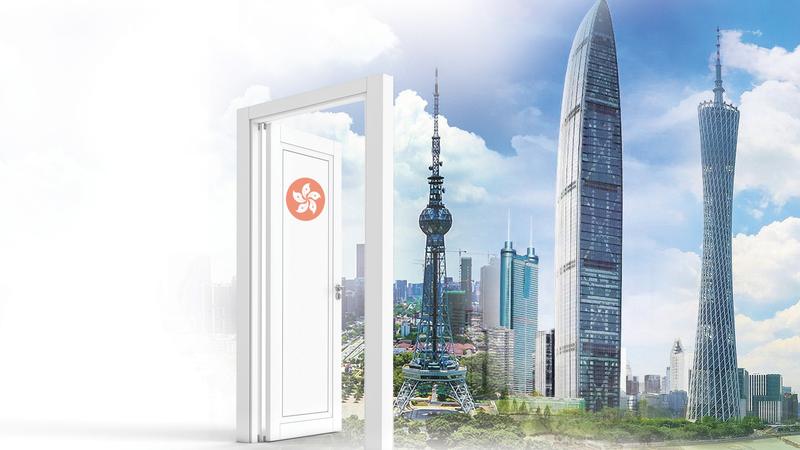 Hong Kong’s political and business leaders are confident there will be unlimited business and investment opportunities under the newly promulgated 14th Five-Year Plan (2021-25) for National Economic and Social Development, with the central government vowing full support for the special administrative region’s new roles on matters such as promoting innovation and cultural exchanges.

Proposals to back the further integration of Hong Kong and Macao into the nation’s development, and steps to optimize policies and measures to encourage people from the two SARs to live and work on the Chinese mainland, were unveiled in the 14th Five-Year Plan and the Long-Range Objectives Through the Year 2035.

In a chapter designated for Hong Kong and Macao, the central government pledged to upgrade the mechanism for both cities to integrate into the nation’s innovation-driven all-around development program. It will support Hong Kong to buttress its role as a global financial, shipping, trade and aviation hub, as well as the center for off-shore renminbi trading, international capital and risk management.

It is therefore imperative that Hong Kong integrates into the country’s development blueprint and proactively engage in the Guangdong-Hong Kong-Macao Greater Bay Area development plan.

“While Hong Kong is competitive in terms of basic and practical research in certain fields, we probably lack downstream production capabilities and markets,” Leung said, adding that the Bay Area cities in Guangdong province can complement Hong Kong in terms of transforming research and development into real products.

Leung noted that interest in innovation and technology has grown rapidly in Hong Kong, partly as a result of the incentive policies offered by the Hong Kong government in recent years. The number of startups, mostly based at Hong Kong Science Park, has also multiplied.

“These startups will need a bigger base on which to grow their business, and a bigger market to which their innovative products can be offered. Both requirements can be satisfied by the mainland’s vast hinterland,” he said.

Jimmy Tao Wai-leung, CEO of Vitargent, a biotechnology venture in Hong Kong, said that while preliminary science and technology research has been consistently encouraged in Hong Kong, there is a void in terms of applying and transforming it into products and commodities. He urged the Hong Kong government to take the initiative to “trial use” technologies developed by local companies and research discovered by local institutions, apart from relying on the Bay Area cities for knowledge transfer and production.

He hopes that uniform standards for qualification and eligibility could be agreed on for the good of Hong Kong information and technology companies seeking to make inroads into the mainland, or vice versa.

“I hope Hong Kong innovation and science companies, or startups, can be treated the same as their mainland counterparts in terms of the eligibility for launching offices, entering the market and enjoying favorable policies on the mainland,” Tao said. A level playing field should be provided for Hong Kong entrepreneurs to enter the mainland and run their businesses without logistical obstacles, he said.

Chan Ching-chuen, Hong Kong’s first academician of the Beijing-based Chinese Academy of Engineering, lauded the nation’s support for Hong Kong’s new roles in the area, including innovation and cultural exchanges.

He said this will help the SAR achieve its long-overdue goal of diversifying its economic structure to be part and parcel of the big story in innovation and technology.

For years, Hong Kong’s economy has been dominated by financial services, shipping and trade, with over-reliance on stock trading and real estate. Such an economy is structurally unsound. “The most crucial part of Hong Kong’s better integration into the Bay Area lies in deeper collaboration between the city and Shenzhen,” said Jonathan Choi Koon-shum, a Standing Committee member of the National Committee of the CPPCC and permanent honorary president of the Hong Kong Chinese General Chamber of Commerce.

Deeper regional integration not only enables Hong Kong to give full play to its traditional strengths in financial services but also sharpens its edge as a hub balancing domestic and external markets, he said.

Chow Pak-chin, president of think tank Wisdom Hong Kong, described the 14th Five-Year Plan as a “message and word of advice” that only healthy and virtuous competition will do good, while “vicious rivalry is toxic” to cross-border cooperation.

The 14th Five-Year Plan will create cross-border financial opportunities as Hong Kong’s role as an international financial center, as well as a global offshore renminbi business, asset management, and risk management hub, has been given prominence.

“Integrating into the Bay Area is undoubtedly a huge benefit for Hong Kong’s development, especially in the financial and commercial services industries where Hong Kong has an edge, as well as the technological fields that Hong Kong has strived to enhance,” said Gao Bo, director of Sigma Invest and partner of Pine-Rock family office and one of the “10 outstanding new Hong Kong young persons” in 2016.

Fielding Chen Shiyuan, Hong Kong-based senior vice-president of strategic planning and corporate development at China Construction Bank (Asia), said it is fair to say that the 14th Five-Year Plan will help Hong Kong chart the course of its future development with a clear direction, reinforce confidence of all circles within the local community and reassure investors.

Pang Ming, head of macro and strategic research at China Renaissance Securities (Hong Kong), said that under a dynamic international environment, it is not only a task but also the responsibility and mission of the finance industry in Hong Kong and on the mainland to continue strengthening cooperation, integration and connectivity.

If the digital renminbi can be used to purchase cross-border financial products, and a mechanism for cross-border digital renminbi transactions through Hong Kong can be established, the yuan’s global competitiveness will be enhanced, according to Brian David Li Man-bun, co-chief executive at Bank of East Asia and a member of the National Committee of the CPPCC.

Apart from being a financial and technology and innovation hub, Hong Kong could capitalize on its status as an international aviation hub to become a freight center of the burgeoning cross-border e-commerce, which has gained traction amid the pandemic. COVID-19 has accelerated the progress of cross-border e-commerce development, making now an opportune time for the country to further develop e-commerce in overseas markets.

Along with the changes in the international trade environment, new opportunities have arisen. Integration is still the long-term trend of the Asian economy backed by the Regional Comprehensive Economic Partnership agreement, which was signed last year.

“Hong Kong and the Chinese mainland should know that the sectors (specified in the Five-Year Plan) are very wide and rich in opportunities. For example, within the shipping sector, there’s the shipping services sub-sector, which can be quite lucrative. In this sub-sector are high-value-added services such as the registration of ships, sales and purchases of ships, leasing of ships, insurance of ships, financing of ships and all the legal services involved. Hong Kong is best suited to provide these services to all the port cities on the mainland and thereby turn the competitive relationship into collaboration,” said Leung, the former HKSAR chief executive.

The SAR government has asked for the central government’s support to join the RCEP and be among the first batch of members, and has secured support from the Ministry of Commerce. It is recommended that Hong Kong should provide relevant policies to support continual improvement work in terms of customs clearance, tax, payment and overseas storage construction.

President Xi Jinping and the Ministry of Commerce said China is conducting active research on matters related to joining the Comprehensive and Progressive Trans-Pacific Partnership. It is also necessary for Hong Kong to do research on joining the CPTPP to lift its position as a global trade center. Supported by the central government, Hong Kong’s participation in the CPTPP will further optimize the landscape of overseas trade and investment, facilitating the country’s high-level opening-up.

“Hong Kong companies are more closely connected with the ‘outer circulation’ international market with more experience in overseas business networking and operating. Thus, it’s suggested that companies in Hong Kong and on the mainland be partners and go out”, said Henry Tan, a Hong Kong deputy to the National People’s Congress and former chairman of the Hong Kong General Chamber of Textiles.

While the prospects for Hong Kong, as well as collaboration between both sides, are encouraging, more work needs to be done to achieve the best results, including getting across an important message to Hong Kong’s young professionals.

“We hope they can see that the mainland is a huge and diverse place and is developing rapidly with abundant opportunities to tap into”, which is the prerequisite for mutually beneficial collaboration, Leung said. “The central government would be well advised to facilitate their (Hong Kong youths’) understanding, first-hand, of such opportunities.”

As the Hong Kong economy is made up primarily of financial and trade services, many young science, technology and engineering professionals are seeing a mismatch between training and their careers.

“Such a problem can only be addressed by young talents stepping onto the mainland career ladder,” Leung said. “This work is not straightforward by any means, but we need to appreciate its significance. And I hope the central government can facilitate (this).”

“For ophthalmology studies, at least, a field trip to the mainland is a must, where the pool of case samples is way more sizable than that in Hong Kong, with a diverse range of severity,” he said.

Among Hong Kong’s eight universities, at least five of them have plans to set up campuses in the Bay Area. A more robust academic environment could facilitate a diversified economy and Hong Kong has to focus more on academic integration and plan ahead for better engagement, said Chow Man-kong, associate director of the China Economic Research Program at Lingnan University.