Zarif to offer 'constructive' plan amid hopes of nuclear talks 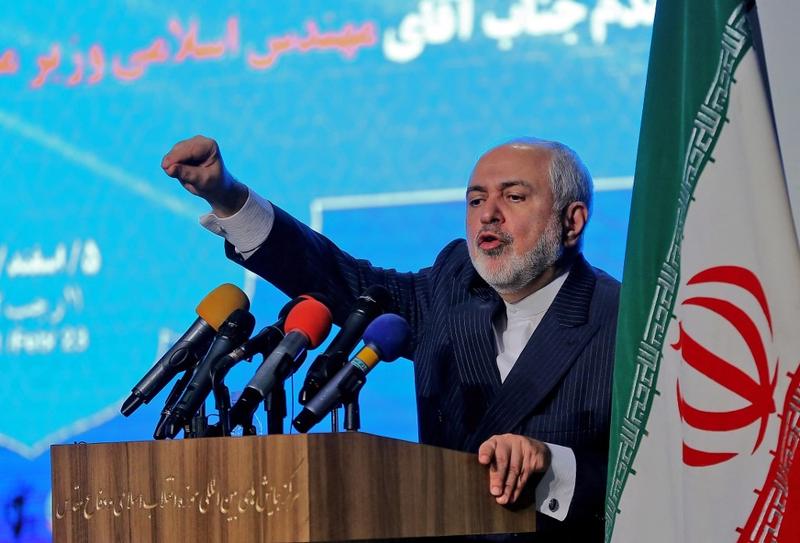 In this Feb 23, 2021 photo, Iranian Foreign Minister Mohammad Javad Zarif speaks during a press conference at the International Conference on the Legal-International Claims of the Holy Defense in the capital Tehran. (ATTA KENARE / AFP)

A French diplomatic source and another European source said on Thursday that Iran had given encouraging signs in recent days about opening the informal talks after European powers scrapped plans to criticise Tehran at the UN nuclear watchdog.

Iran has so far refused to take part in a meeting brokered by the European Union between world powers and the United States on reviving its 2015 nuclear deal.

Iran’s nuclear policy is decided by the country’s top authority, supreme leader Ayatollah Ali Khamenei, and not the president or the government.

Tehran and Washington have emerged from former US President Donald Trump’s attempts to wreck Iran’s nuclear deal locked in a standoff over who should move first to save it. Trump pulled out of the deal in 2018.

Britain, France and Germany decided to pause the submission of a resolution critical of Iran at the International Atomic Energy Agency on Thursday to not harm the prospects for diplomacy after what they said were concessions gained from Iran to deal with outstanding nuclear.