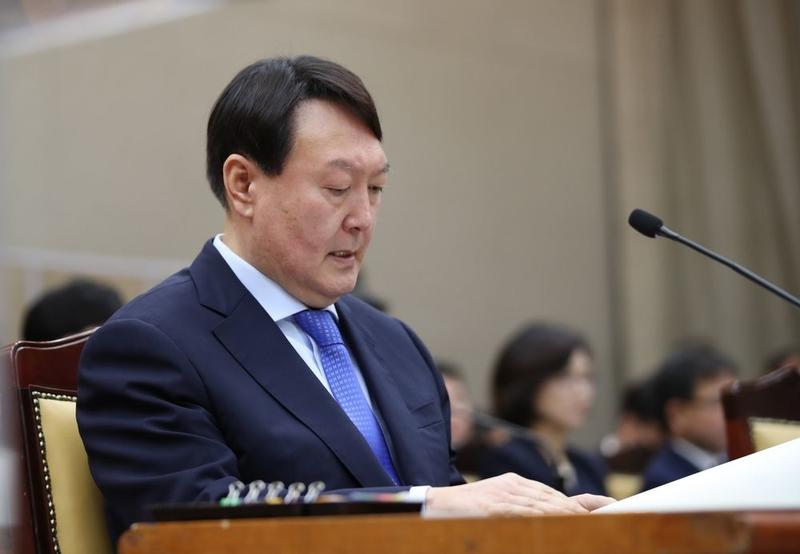 South Korea’s top prosecutor resigned in protest against President Moon Jae-in’s policy to strip the office of investigative powers, in a move could impact the country’s presidential election in a year’s time.

Prosecutor General Yoon Seok-youl, whose public support has risen in the simmering battle with Moon over prosecutorial powers, told reporters on Thursday at the Supreme Prosecutor’s Office in Seoul that he was stepping down. Moon’s ruling party is pushing to form a new state agency that would strip prosecutors of much of their investigative powers.

“The spirit of the constitution and rule of law is being destroyed,” Yoon said, referring to the plans. “It’s hard to see our value of justice being collapsed.” About an hour after Yoon spoke, the presidential office said Moon had accepted the resignation.

The move could open a path for Yoon to run for president in the March 2022 elections to replace Moon when his single, five-year term ends. Current surveys show Yoon as a top choice for president, outpolling contenders in Moon’s progressive camp.

Yoon last year said he was considering ways to serve the nation, not ruling out the possibility of running for the presidency. The fight between Moon and Yoon’s office has lasted for months and at times pushed the government’s support rate to record lows.

Prosecutor General Yoon Seok-youl, whose public support has risen in the simmering battle with Moon over prosecutorial powers, told reporters on Thursday at the Supreme Prosecutor’s Office in Seoul that he was stepping down

Yoon was handpicked by Moon in 2019, with a mandate to make good on the president’s pledges to clean up government and go after the most powerful. But ties soured after probes that included members of government and led to the resignations of two of Moon’s justice ministers.

The Moon administration has been pushing for the establishment of another state investigative agency.

The authority of prosecutors has been a sensitive issue in South Korea for years. While the office pledges independence, it has faced criticism from the left and right for using its power for political purposes and protecting the privileged.

“Regardless of my position, I will do my absolute best to protect people and liberal democracy,” Yoon said in announcing his resignation.