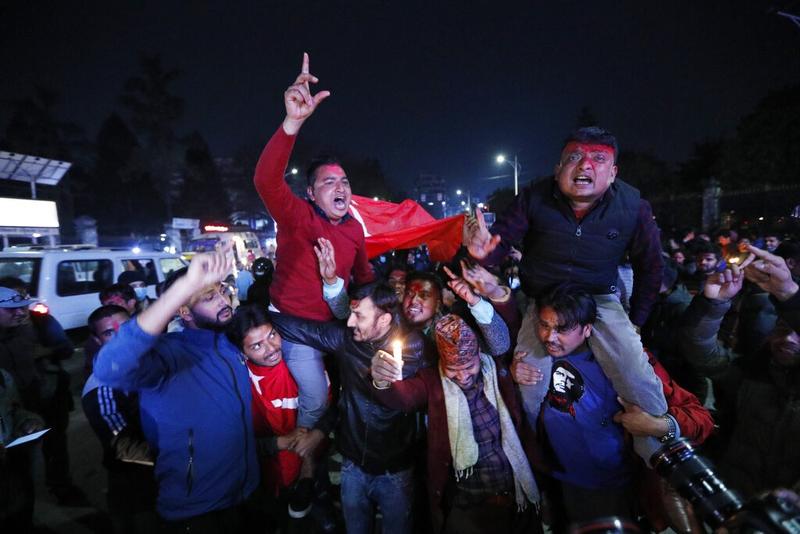 KATHMANDU - Nepal’s top court on Tuesday ordered the reinstatement of parliament, dealing a blow to Prime Minister K.P. Sharma Oli two months after he dissolved the house and called for an early election amid squabbling within the ruling Communist party.

The ruling means Oli, who was elected in 2018 following his party’s landslide win in an election in 2017, faces a no-confidence vote once parliament re-sits.

The Himalayan nation has been in political turmoil since December when Oli, who turned 69 on Tuesday, made a sudden decision to call elections 18 months ahead of schedule amid the coronavirus pandemic that has hit the tourism-dependent economy hard.

“The recommendation for the dissolution of the House of Representatives and the notice dissolving Parliament have been rejected by the honorable judges,” Bhadrakali Pokharel, a court official, told Reuters.

Judges heard more than a dozen petitions challenging Oli’s move as unconstitutional and seeking the reinstatement of the house, which still had two years to run when it was dissolved.

Oli had defended his move, saying his rivals in the Nepal Communist Party had not cooperated with the government in the appointment of officials to panels such as the national human rights and anti-corruption commissions, and in other policy decisions.

But judges rejected this and ordered that parliament be convened within 13 days.

“The House of Representatives is reinstated as it is able and competent to perform its work,” the court said.

About 100 slogan-shouting activists, their faces smeared in vermillion, lit candles on the street in the heart of Kathmandu to celebrate the verdict and urged Oli to quit.

The verdict was welcomed by opposition parties and opponents from his own party who have launched street protests across the country since the dissolution.

“This is a victory of the constitution and the Supreme Court has fulfilled the popular aspiration for justice by restoring the parliament,” said Pampha Bhusal, a senior leader of the Nepal Communist Party.

Oli and his aides were not immediately available for comment but his lawyers said they would honor the ruling.

“We respect the court and honor the verdict. The parliament will sit within 13 days as ordered by the court,” Ramesh Badal, one of Oli’s lawyers, told Reuters.