Wedding planners and their clients found innovative ways of working round the challenges of hosting nuptials in the time of a pandemic. Joyce Yip reports. 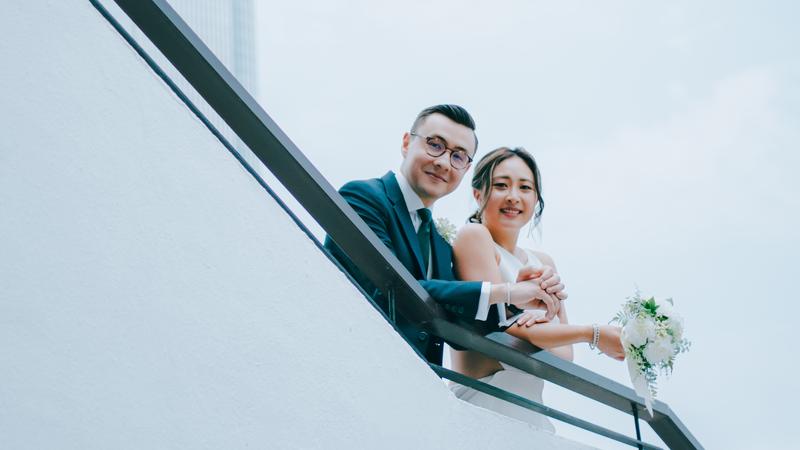 Kevin Cureau and Stephanie Ip, who tied the knot in November 2020, received their guests in three installments during the same evening, in keeping with government regulations on social gatherings. (PHOTO PROVIDED TO CHINA DAILY)

When Kevin Cureau proposed to Stephanie Ip in late 2019, they had imagined the celebrations stretching from Hong Kong to Macon, France.

Instead, they found themselves signing a register at the Hong Kong City Hall in March 2020. The reception was held more than half-a-year later, after two postponements — downsized from the intended 200-pax sit-down dinner at the 1881 Heritage courtyard to a cocktail party split into three sessions in keeping with the local government’s ruling to limit the number of guests to 40 people at a time. Close family arrived at 5 pm, work friends at 7 pm and others from 9 pm onward.

Cureau says although there weren’t any restrictions on international travel in February, both local guests and his immediate family in France were wary about attending a wedding in Hong Kong.

“So we just pushed it back to end-May,” says Cureau. “When the situation didn’t improve later, it was postponed again, to November.”

Since 1881 Heritage and their gown-rental vendor refused to refund their deposits, canceling the wedding wasn’t an option. So as to not let the money spent on rentals go to waste, Ip went for two costume changes during the evening of her reception, which further shortened the rationed time she was allowed with each group of guests. 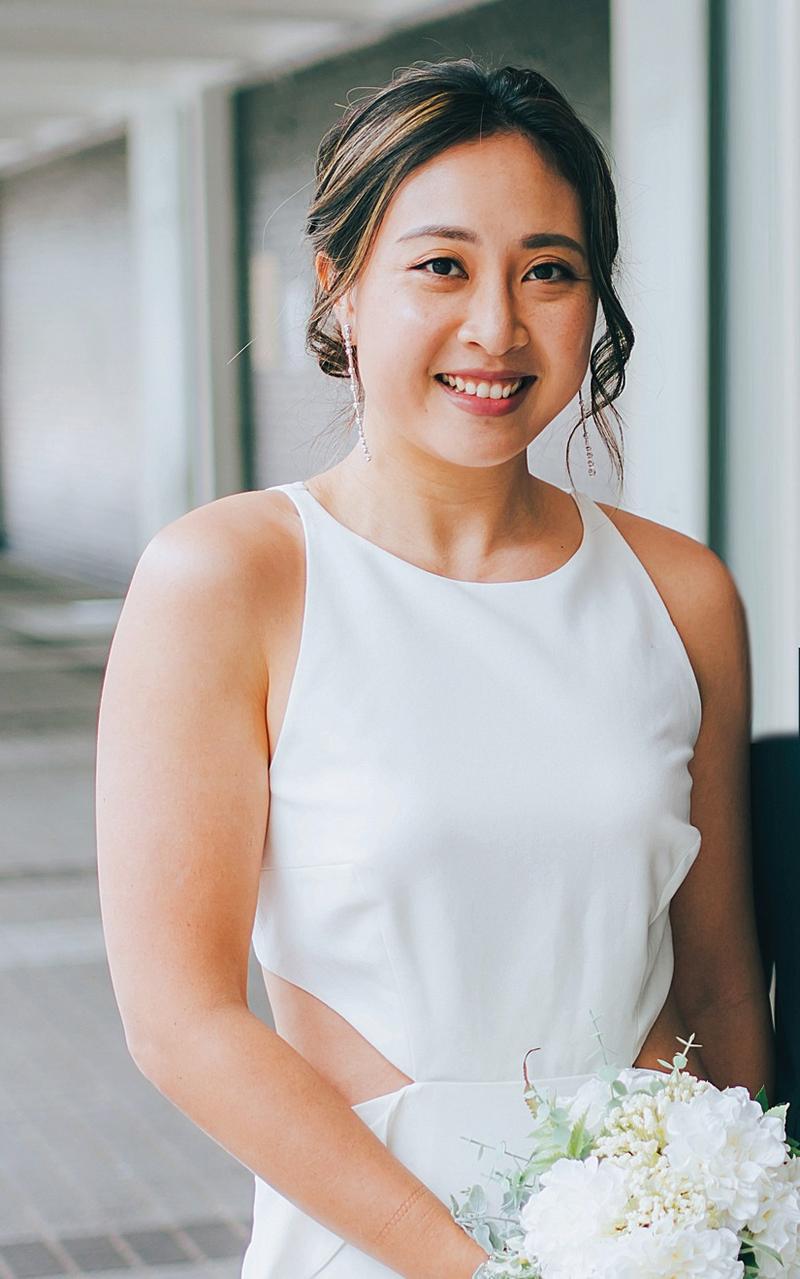 Unable to get a refund for venue and gown rentals, Stephanie Ip went ahead with her wedding in 2020. With hindsight she feels it was the right decision. (PHOTO PROVIDED TO CHINA DAILY)

Making the experience as comfortable as possible for the attendees was priority.

“A sit-down reception wasn’t an option,” says Ip. “We wanted a setting where they could move around and come or leave whenever they wanted.”

“If the hotel could cancel, I would wait until COVID-19 was over and we’d just do something in France. But given the situation, I just wanted to get it over and done with,” she adds.

“It’s not uncommon to see a nine-month separation between the signing ceremony and/or an intimate, traditional family lunch or a big wedding party later on,” he says, adding that his hotel saw a 65 percent drop in wedding revenue last year. Nearly half of the scheduled weddings were postponed.

“Weddings still went on in March and April; May and June were when everyone started postponing; but later in the year, people just basically said ‘we’re going to do this one way or another’, especially if they’d chosen auspicious dates. That’s when we had to really think out of the box to come up with alternatives,” Bollen says. 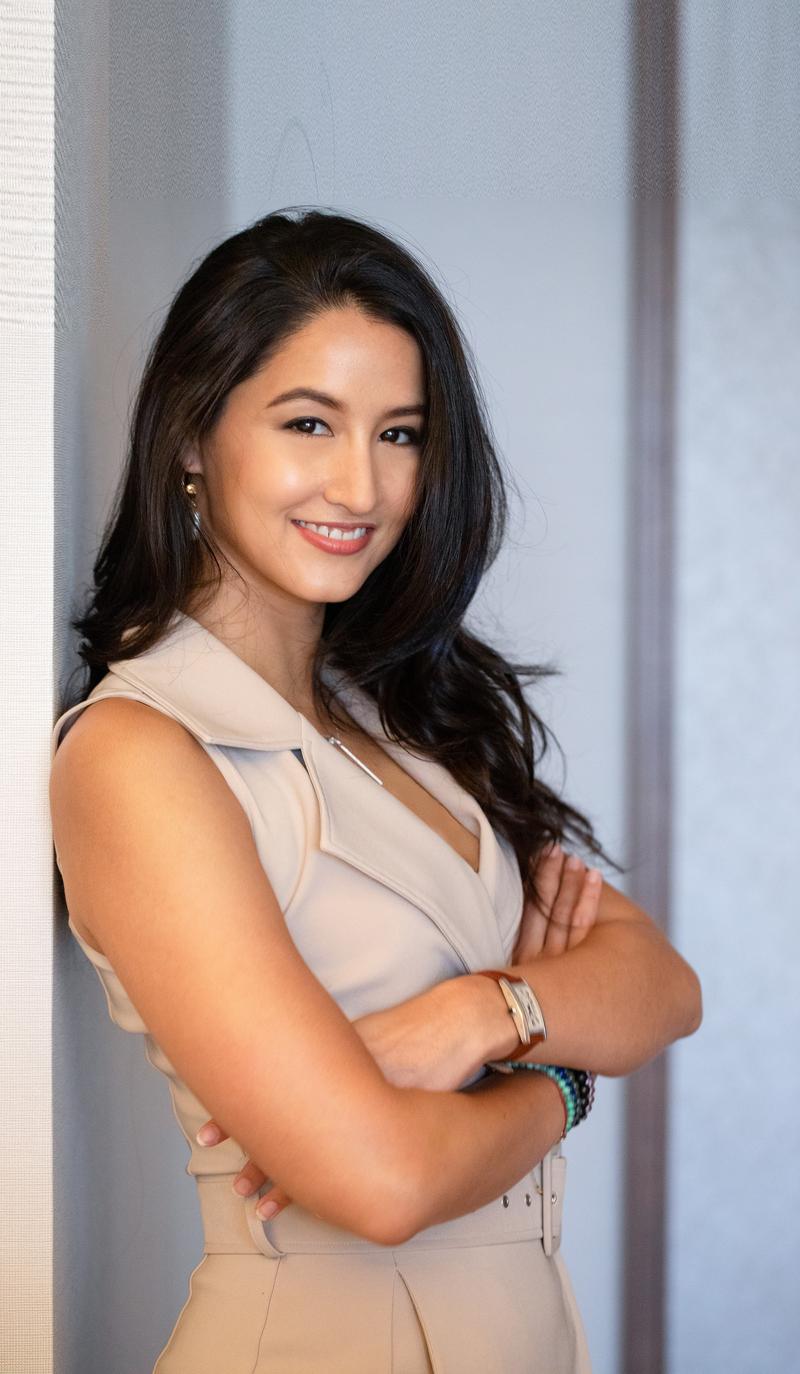 For Nicole Froelich, wedding planner and founder of Nicole Please, such adjustments ranged from redesigning the entire color scheme to finding smaller venues to cater to fewer guests.

“On average, there are 35 vendors per wedding… Emotions aside, I come in as a neutral person to understand their priorities, namely which vendor is the most important? If the photographer can’t make it on the new date, are we still going ahead?” says Froelich.

“For a lot of couples, the first reschedule was really emotional, but once you show them that there are creative solutions out there, they become more okay with the situation. For example, a smaller guest list means they have money for a second dress or a date-change could actually come with better packages,” she points out.

In March 2020, Froelich launched a rescheduling service for non-clients, and in September, joined hands with Exclusive Venue to host weddings at private villas and homes, which “allowed us to be more flexible while still following the restrictions.”

While accommodating pandemic-specific demands has not been the easiest of tasks, her company has managed to meet most of them. Froelich remembers having to plan for installing a COVID-19 testing station at the entrance to a wedding reception in the recent past as the client wanted to make sure the venue was virus free.

Adapting to the new normal has also meant a change in the scope of her job. Since the pandemic began, Froelich, who used to be, primarily, a destination-wedding planner, has received almost 30 local wedding-related enquiries.

She notes couples intending to tie the knot have become more flexible in the time of fluctuating social-distancing regulations. The pandemic, by default, has helped speed up the decision-making process. Many vendors appreciate these are hard times and don’t mind waiving rescheduling fees to be able to survive in a competitive market.

Froelich says there is a trend of people wanting their wedding to be organized within a few days of their first meeting with a marriage planner.

“They’re making gut decisions much faster because they don’t have time to waste, and there’s less pressure from family members who have become more understanding of the couple’s situation.”

A Bespoke Production-launched 3D model of a Four Seasons Hong Kong wedding venue enables clients to take a virtual tour of the space before booking. (PHOTO PROVIDED TO CHINA DAILY)

COVID-19 has led to the emergence of VR technologies that help couples with planning wedding banquets.

Unlike older versions of virtual tours, Leung’s product comes with high-definition 3D models. The experience of a virtual “walk-through” of the venues is as close to its real life counterpart as it could get.

The obvious benefit of Bespoke Production products is that clients can conduct multiple site-visits from the comfort of their COVID-19-free homes. Leung says it’s a service especially attractive to young couples who “want all the information before reaching out to the venue.”

Back at The Park Lane Hong Kong, weddings scheduled for 2021 are 20 to 25 percent smaller in size compared to those held pre-pandemic. Until the vaccine is rolled out, Bollen says he must remain flexible.

“With the exception of auspicious dates, our lead time is getting shorter as couples are less eager to put down deposits and make contractual agreements. In general, we all had the feeling we were working much harder than before,” Bollen says. “But we think 2021 might be a good year.”

Froelich, too, remains hopeful. She expects to see double the number of weddings, with even more impressive parties, bigger screens for virtual attendance and more outdoor receptions.

“I hope one day there will be a vaccine tracker so we can do a better seating arrangement,” she says. “Everything always works out in the end. All the couples I’ve dealt with are very understanding and flexible.”

Two months have gone by since the November wedding of the Cureau-Ip couple. Looking back, they seem glad about going ahead with their triple cocktail reception.

“I do have one regret though: a proper walk down the aisle,” says Ip. “Although that’s not something we planned for Hong Kong, now we don’t know whether we’ll be doing anything in France any more.”

“Also I’d have liked it if my close friends from the United States had come,” she adds. “But this is the situation we’re in.”