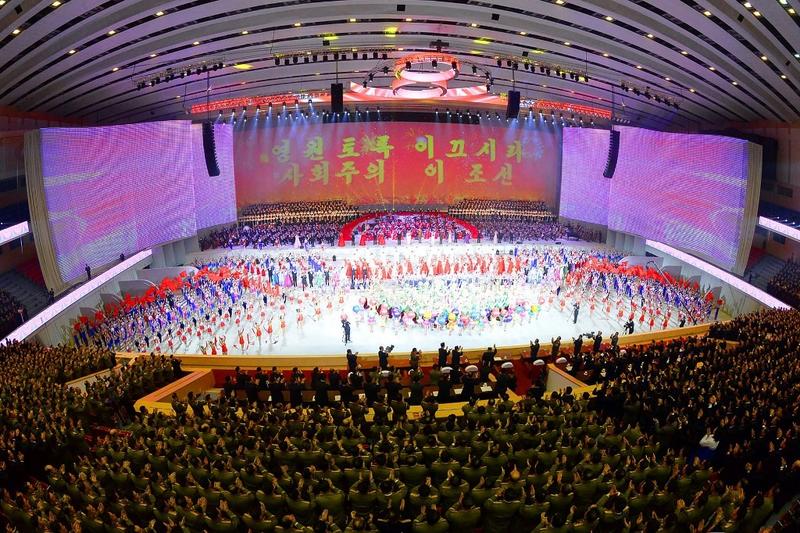 This picture released by the Democratic People’s Republic of Korea's official Korean Central News Agency (KCNA) on Jan 14, 2021 shows a performance celebrating the 8th Congress of the Workers' Party of Korea (WPK) in Pyongyang, Jan 13, 2021. (KCNA VIA KNS / AFP)

SEOUL – The leader of the Democratic People’s Republic of Korea (DPRK) Kim Jong-un wrapped up a congress of the ruling Workers’ Party of Korea at a mass indoor art performance on Wednesday, state media said.

The congress, which ran for eight days in Pyongyang, is the first since 2016, and just the second since 1980

Kim and other DPRK officials packed into an indoor stadium in Pyongyang to watch performances from military and civilian art troupes and youth groups, mostly on themes of glorifying Kim’s leadership and reinforcing messaging from the congress, news agency KCNA reported on Thursday.

The congress, which ran for eight days in Pyongyang, is the first since 2016, and just the second since 1980.

State media has not shown an expected parade. Such events are closely watched by international observers for signs of new military technology developed by the DPRK.

On Wednesday Kim Yo-jong, the leader’s sister and a member of the party Central Committee, criticized the Republic of Korea’s military for saying it had detected signs of a parade in Pyongyang on Sunday. The move was an expression of the South’s “hostile approach” towards the North, she said in a statement carried by KCNA.