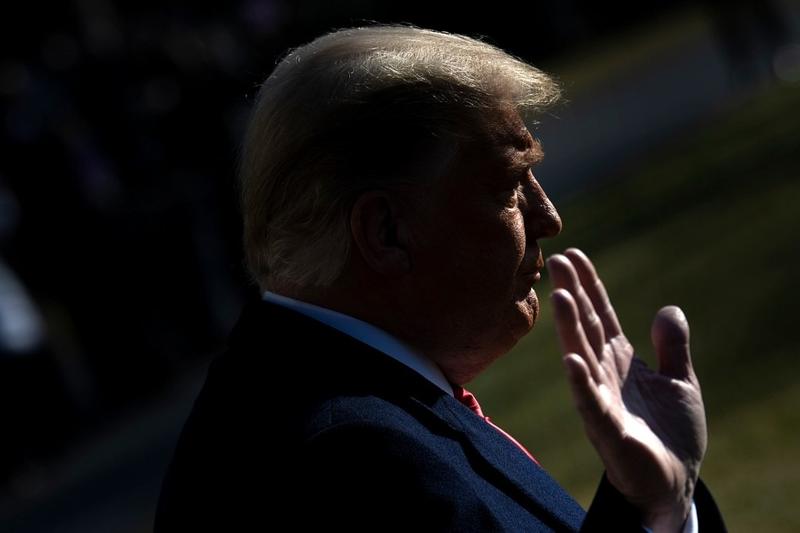 US President Donald Trump walks to Marine One on the South Lawn of the White House on January 12, 2021 in Washington,DC before his departure to Alamo, Texas. (BRENDAN SMIALOWSKI  / AFP)

The US House prepared to vote on a history-making second impeachment of Donald Trump as lawmakers seethed over his role inciting last week’s mob attack on the Capitol and the president’s once-firm control over the Republican party began to break down.

Trump’s impeachment appeared inevitable in a vote Democrats anticipated would come Wednesday with the resolution’s sponsors claiming broad support from Democrats and public backing from several Republicans, including Liz Cheney, the No. 3 House GOP leader and daughter of former Vice President Dick Cheney.

Trump’s impeachment appeared inevitable in a vote Democrats anticipated would come Wednesday with the resolution’s sponsors claiming broad support from Democrats and public backing from several Republicans, including Liz Cheney, the No. 3 House GOP leader and daughter of former Vice President Dick Cheney

The House is set to begin debate shortly after 9 am with the vote on the impeachment resolution expected by mid- to late afternoon, according to House Rules Chairman Jim McGovern. Under rules in place because of the coronavirus pandemic, members will vote in staggered groups on the House floor, and some by proxy, concluding before 5 pm.

House Majority Leader Steny Hoyer said late Tuesday that the impeachment article would be quickly sent to the Senate, which would then hold a trial, instead of holding it back until after the start of President-elect Joe Biden’s tenure.

“The timing was thrust upon us by the actions of the president of the United States. The fact that he is leaving should not divert us from holding accountable behavior which many of us believe is treasonous behavior and criminal behavior,” Hoyer said on MSNBC.

The timing could complicate Biden’s efforts to get cabinet officials approved by the Senate since lawmakers would be occupied by an impeachment trial.

But Senate Minority Leader Chuck Schumer has raised the possibility of invoking a 2004 emergency session law to convene a trial this week, although such a move would require the consent of Majority Leader Mitch McConnell.

Regardless of whether he is convicted in the Senate, a second impeachment would further stain a presidency that has culminated in a frightening assault on the storied center of the American democracy. It also opened fissures in the Republican Party that portends a power struggle over its future.

The New York Times reported that McConnell has told associates he is privately pleased with the impeachment, calculating that it will make it easier to purge the party of Trump’s influence.

Numerous Republicans, however, argued that impeaching Trump would only worsen divisions in the country.

Representative Nancy Mace of South Carolina, who was elected in November, said impeachment “throws gasoline on the fire.”

“Both parties need to take a time out and take a deep breath” Mace told reporters at the Capitol. “We need to have a peaceful transition of power and start over.”

Mace was not among the 138 Republicans who voted on Jan 6 to reject Biden’s Electoral College win in at least one state even after the mob seeking to overturn the election had stormed the building. Many of them also made pleas for unity.

Much of the corporate establishment that has long financed the Republican Party has been repulsed by the insurrection. Over the weekend, blue-chip companies began a torrent of announcements that they would at least temporarily cut off contributions to lawmakers who joined Trump in false claims of electoral fraud and the attempt to block results of the Nov 3 election. 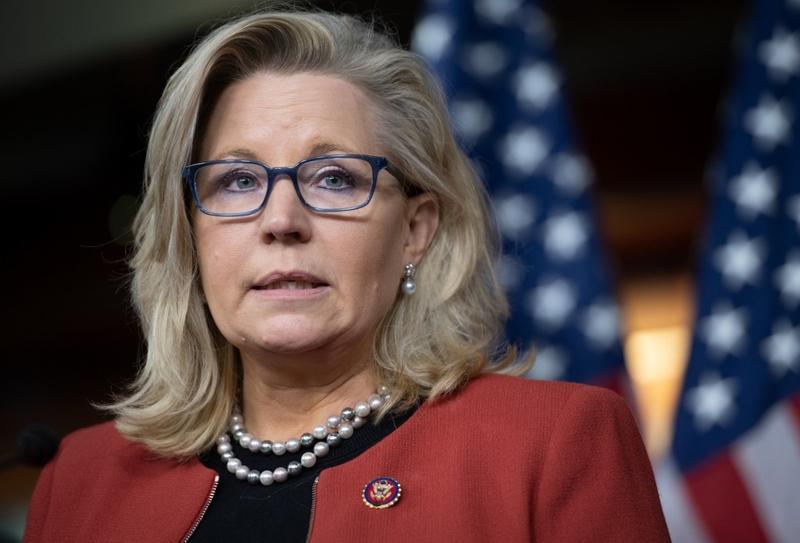 In this file photo taken on Oct 22, 2019 US Representative Liz Cheney, Republican of Wyoming, speaks during a press conference on Capitol Hill in Washington, DC. Senior Republican Congresswoman Liz Cheney announced Jan 12, 2021 that she planned to vote to impeach President Donald Trump after the ransacking of the US Capitol by his supporters. (SAUL LOEB / AFP)

If McConnell does not agree to a faster timeframe, the soonest any trial could begin is Jan. 20, Inauguration Day.

Legal scholars are divided on whether Trump can be tried once he leaves office. Even so, prospects for a conviction remained uncertain. With a two-thirds vote required, at least 17 Republicans would have to break with Trump, who still has a fervent following among GOP voters.

Trump could be legally barred from holding federal office again if found guilty. He also faces potential criminal and civil legal jeopardy for encouraging supporters before the Jan 6 riot in which five people died and many were injured.

Lawmakers returned to Washington for the impeachment with rising anxieties over their security as right-wing activists mobilized on the internet for potential new attacks. Officials sent out a reminder Tuesday that lawmakers could be reimbursed for purchasing bulletproof vests. National Guard troops in combat fatigues stood along a newly erected 7-foot non-scalable metal fence encircling the Capitol.

Trump could be legally barred from holding federal office again if found guilty. He also faces potential criminal and civil legal jeopardy for encouraging supporters before the Jan 6 riot in which five people died and many were injured

While the smashed windows, broken furniture and other physical damage has mostly been repaired or removed, psychological wounds are still raw among lawmakers, their staffs and Capitol Police. One police officer on duty during the riot died by suicide over the weekend. Lawmakers have fresh memories of sheltering in locked committee rooms and basement bunkers for hours while waiting for help.

The scale of violence has grown clearer as the criminal investigation proceeds, with law enforcement officials at a press conference Tuesday describing periods of hand-to-hand combat with police and organized gangs assaulting media. “People are going to be shocked with some of the egregious conduct that happened within the capitol,” the District of Columbia’s acting US attorney, Michael Sherwin, said, citing video and witness statements not yet made public.

Representative Alexandria Ocasio-Cortez of New York said during an Instagram Live on Tuesday night that she thought she was going to die as the mob roamed the Capitol. “I did not know if I was going to make it to the end of that day alive -- and not just in a general sense, but also in a very, very specific sense,” she said.

ALSO READ: US Democrats in Congress kick off efforts to remove Trump

Trump showed no contrition on the eve of the impeachment vote, telling reporters as he left the White House Tuesday for a trip to Texas that he had done nothing wrong and his rhetoric at a rally before the riot in which he egged on his supporters to the Capitol was “totally appropriate.” Instead, he condemned Democrats for an impeachment prosecution that he said is causing “tremendous anger.”

Vice President Mike Pence Tuesday evening rejected an ultimatum from the House to join with a cabinet majority to remove Trump from office under a provision in the US Constitution for unseating a president no longer capable of serving. A House resolution passed Tuesday night demanded the step in order to stave off impeachment.

The move to punish Trump has been swift, with the impeachment vote coming just one week after the riot and a sharp contrast with his last impeachment, over threats to withhold US support for Ukraine unless its government agreed to demands to open an investigation to tarnish Joe Biden.

No House Republicans voted to impeach Trump in 2019 and he was acquitted by the Senate in 2020. In addition to Cheney, four other Republican House members -- John Katko of New York, Adam Kinzinger of Illinois, Fred Upton of Michigan and Jaime Herrera Beutler of Washington, also said Tuesday that they would back impeachment this time. More are likely to follow.

Trump would become the only president twice impeached by the House. Only two predecessors, Bill Clinton and Andrew Johnson, have been impeached and both were acquitted. Richard Nixon resigned rather than face certain impeachment and conviction in the Senate over the Watergate scandal.