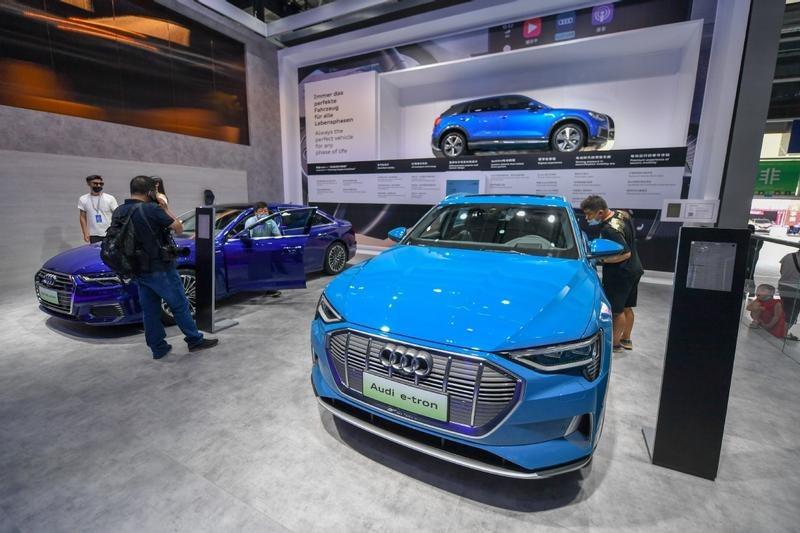 BEIJING - China's auto market saw a forecast-beating performance in 2020 despite the impact of the COVID-19 pandemic, thanks to policy support and a strong recovery in consumer demand, data from an industry association showed Wednesday.

The number of automobiles sold in the country totaled 25.31 million last year, down 1.9 percent year-on-year, narrowing 6.3 percentage points from the decline seen in 2019, according to the China Association of Automobile Manufacturers (CAAM).

"China continues to top the world in auto sales," the China Association of Automobile Manufacturers said, attributing the industry's strong performance to government support, efforts of auto firms as well as robust recovery in market demand.

"China continues to top the world in auto sales," the CAAM said in a statement, attributing the industry's strong performance to government support, efforts of auto firms as well as robust recovery in market demand.

In December, auto sales reached 2.83 million, up 6.4 percent year on year, while production totaled 2.84 million, up 5.7 percent from a year earlier.

The country's auto market was hit hard by the COVID-19 pandemic in the first quarter, but both production and sales have bounced back quickly since April as factories reopened and pent-up demand unleashed.

Sales of new energy vehicles (NEV) in China went up 10.9 percent year-on-year in 2020 amid government efforts to encourage their use and ease pressure on the environment, CAAM data showed.

The CAAM data also showed the number of automobiles sold in China totaled 25.31 million last year, down 1.9 percent from 2019.

The better-than-expected NEV sales came amid government push and rising market enthusiasm for the eco-friendly cars. In November last year, China unveiled a development plan for its NEV industry in 2021-2035 that aimed to accelerate the country's transition into an automotive powerhouse.

The proportion of new NEVs in the sales of new vehicles is expected to rise to 20 percent by 2025, and vehicles used in public transportation will be completely electrified by 2035, according to the plan.

Global market research firm International Data Corporation (IDC) has predicted that China's NEV market would grow at a compound annual growth rate of 36.1 percent between 2020 and 2025.

Meanwhile, China's automobile exports dropped 2.9 percent year-on-year in 2020 due to the impact of COVID-19, the CAAM data showed.

Of the total, exports of passenger cars stood at 760,000 units, up 4.8 percent from the previous year, and exports of commercial vehicles declined 21.4 percent to 235,000 units.

Auto exports in the country began to recover since September, ending weak performance in the first eight months.

In December, China's auto exports surged 35.5 percent year-on-year to 145,000 units, notching a historic high, according to the association.