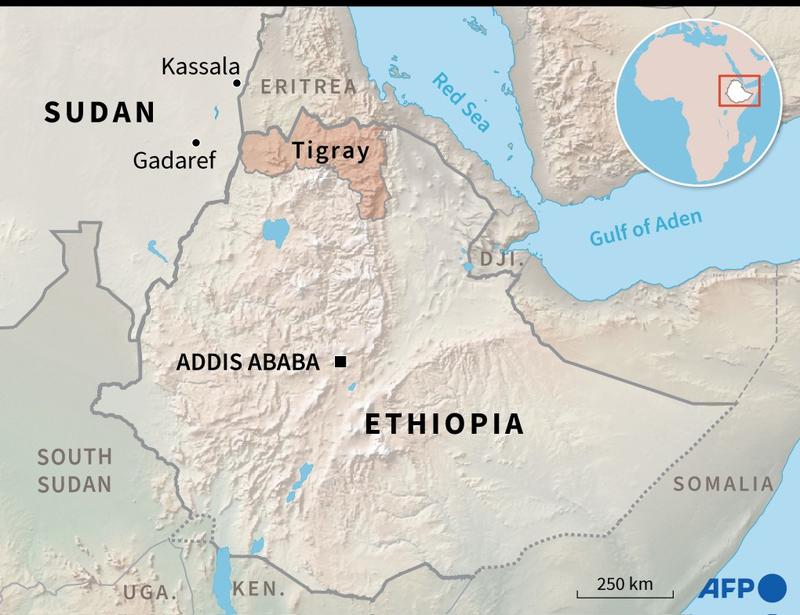 The incident “could have dangerous consequences, and cause more tension in the border area”, Sudan's Foreign Ministry said

The incident “could have dangerous consequences, and cause more tension in the border area”, it added in a statement.

The decades-old dispute over al-Fashqa, land within Sudan’s international boundaries that has long been settled by Ethiopian farmers, erupted into weeks of clashes between forces from both sides late last year.

The Foreign Ministry called on Ethiopia not to repeat “such hostilities in the future given their dangerous repercussions on the future of bilateral relations between the two countries and on security and stability in the Horn of Africa”.

Spokespeople for Ethiopia’s Foreign Ministry, the prime minister’s office and the military did not immediately answer phone calls and text messages requesting comment.

Ethiopia warned Sudan on Tuesday it was running out of patience with its neighbor’s continued military build-up in a disputed border area despite attempts to diffuse tensions with diplomacy.

A decades-old dispute over al-Fashqa, land within Sudan’s international boundaries that has long been settled by Ethiopian farmers, erupted into weeks of clashes between forces from both sides late last year

“The Sudanese side seems to be pushing in so as to inflame the situation on the ground,” Ethiopian foreign ministry spokesman Dina Mufti told reporters. “Is Ethiopia going to start a war? Well, we are saying let’s work on diplomacy.”

“How long will Ethiopia continue to resolve the issue using diplomacy? Well, there is nothing that has no limit. Everything has a limit,” he said at a briefing in Addis Ababa.

ALSO READ: Sudan says armed forces now in control of all its territory

Sudan’s information minister and government spokesman Feisal Mohamed Saleh said the country did not want war with Ethiopia but its forces would respond to any aggression.

“We fear that these comments contain a hostile position towards Sudan. We ask of Ethiopia to stop attacking Sudanese territory and Sudanese farmers,” he told Reuters.

The Sudanese Foreign Ministry on Tuesday also condemned what it called an attack by Ethiopian “gangs” in al-Fashqa on Monday, five kilometers from the border. Five women and a child were killed, and two other women who had been harvesting crops were missing, the ministry said.

Sudan said on Dec 31 that it had taken control of all of Sudanese territory in the area. Ethiopia says Sudan took advantage of its forces being distracted by the Tigray conflict to occupy Ethiopian land and loot properties.

The United Nations said in a report last week on the humanitarian situation in Tigray that there were reports of a military build-up on both sides of the border around the area.

The border tensions come at a time when Ethiopia, Sudan and Egypt are also trying to resolve a three-way row over Ethiopia’s Grand Ethiopian Renaissance Dam.

Ethiopia sees the dam as key to plans to become Africa’s largest power exporter. Egypt, which gets more than 90 percent of its scarce fresh water from the Nile, fears the dam across the Blue Nile could devastate its economy.

Egypt, Ethiopia and Sudan said on Sunday that they reached a new impasse in the dispute. Egypt and Ethiopia separately blamed Sudanese objections to the framework for the talks.